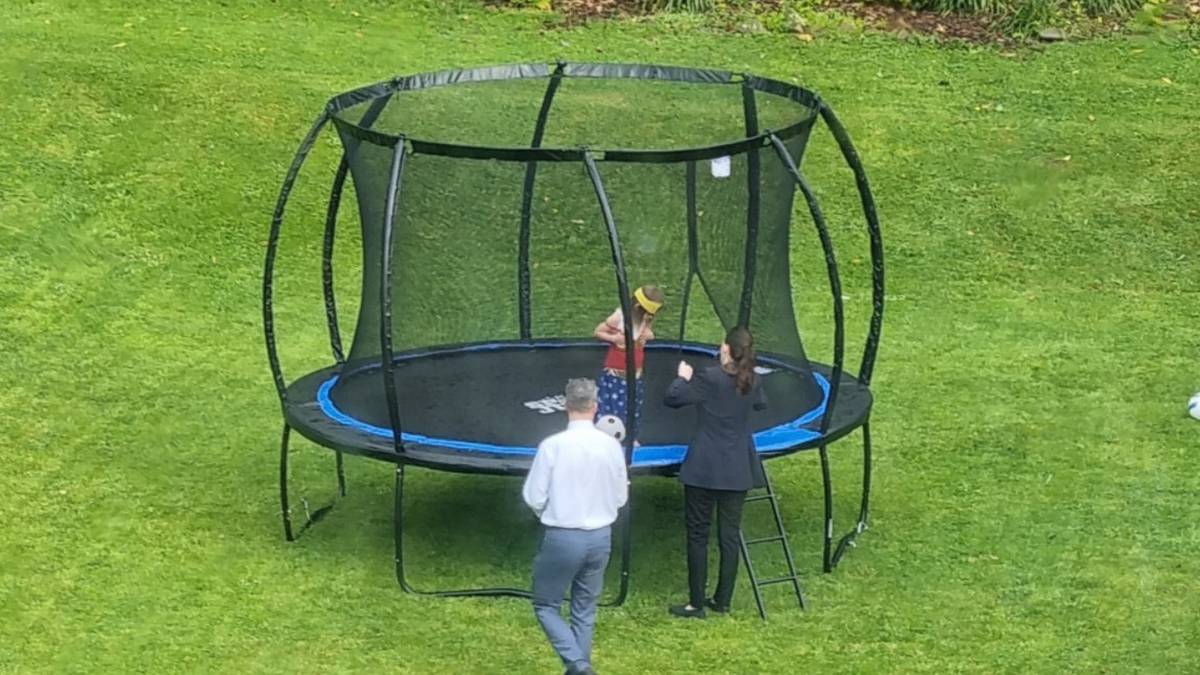 If you ever thought where the balance of power sits between Wonder Woman and a Prime Minister, our very own leader may have just unequivocally settled the score this morning.

The evidence comes in a photograph posted online showing the pair coming face-to-face on the lush lawns of Wellington’s Premier House over a backyard toy.

According to New Zealand’s First Man, Clarke Gayford, there was something about the brand new trampoline that proved too irrestible for 3-year-old daughter Neve when she sneaked out this morning for a bounce and didn’t ask permission.

And even wearing her Wonder Woman costume wasn’t enough of a super power to stop a scolding from the Prime Minister, who also happens to be her mum.

The Prime Minister, with a diplomatic protection officer close behind, is seen looking through the opening of the trampoline, and directing the crestfallen child to stop playing.

Gayford revealed their daughter was given a telling off.

“It’s not every day you see Wonder Woman being told off by a Prime Minister for sneaking out of the house to use her new trampoline, but these are the crazy times we live in I guess,” he posted.

While some commented on how ridiculously cute this titan-like clash of two female super powers looked others were a little more concerned the flash new spring-free trampoline might not survive a strong southerly blast.

“I’m just hoping there are underground bunker level reinforced anchors, otherwise Wonder Woman may get a windy day and learn to fly,” wrote one person.

“Those wind anchors do NOT look Wellington strength. Might need Wonder Woman tbh,” wrote another.