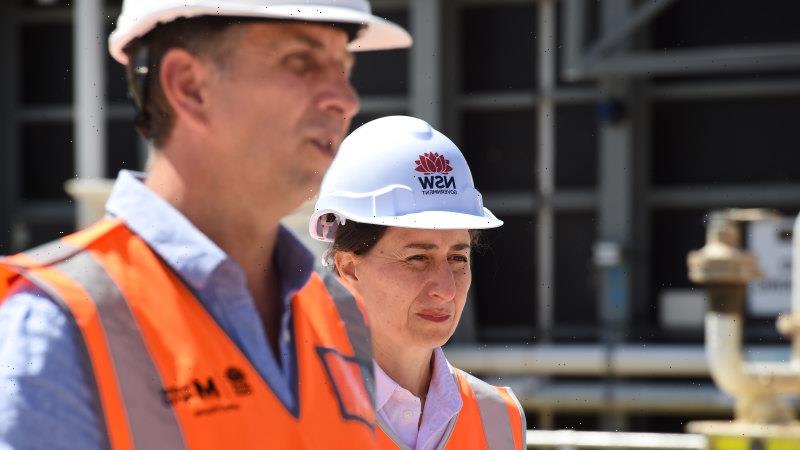 When it comes to seasoned political operators in the NSW government, few rival long-term Liberal minister Andrew Constance. So he knew exactly what he was doing when he willingly lit a fuse over an issue that could ignite an internal war in his party.

With most of his colleagues still consumed by COVID, Constance popped his head up this week with a clear warning to them. Constance says he will cross the floor of parliament if he is denied a conscience vote on voluntary assisted dying. 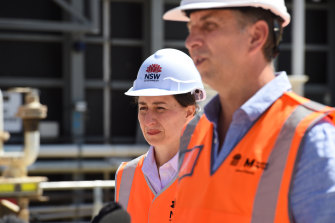 It was an intervention many, from the left and right of the party, would have preferred not happen. However, there is no hiding from the issue. The Liberals will have to formulate a position on how they deal with independent Sydney MP Alex Greenwich’s private member’s bill.

Greenwich, a respected MP who is also one of three crossbenchers critical to the stability of the minority Berejiklian government, will introduce his voluntary assisted dying bill on October 14.

NSW Nationals leader John Barilaro says the bill will have support from his MPs, and Greenwich has the backing of fellow independent Greg Piper, as well as other crossbenchers, including one-time Liberal Gareth Ward.

But Gladys Berejiklian faces a conundrum. After the bruising abortion debate in 2019, which prompted three Liberals to threaten a spill motion against her, Berejiklian made a promise. To calm the jittery party room , she assured her MPs that there would be no more conscience votes in this term of government. It was a guarantee made in the heat of the moment after a volatile period of politics. But now the religious right of the party intend to hold her to it.

It would be extraordinary if Liberals were not allowed a free vote on an issue such as euthanasia. Constance knows that, as would Berejiklian. But if the Premier goes back on her word the conservatives in the party will be ready to strike. 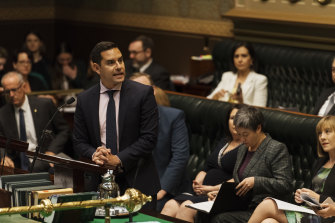 Sydney MP Alex Greenwich in parliament in 2019 before the Abortion Bill was passed.Credit:James Brickwood.

After declaring his hand, Constance is moving to galvanise support from the moderates.

In a message to colleagues this week, Constance said: “Friends, Menzies founded our party on the fundamental philosophy of the rights and freedom of the individual. I am not prepared to have a faction destroy my right as an individual to be held to a view regarding a true matter of conscience.”

“I am not standing quiet to be locked into a party room position on voluntary assisted dying. Regardless of your view on this issue, we cannot turn a blind eye to this attack on the fabric of our party in accordance to its doctrine on individualism.

“We won’t have a party left if we keep this up.”

The faction Constance is referring to is the right-wing of the Liberals, led by Treasurer Dominic Perrottet. The real footsoldier of the right, however, is one-time Planning Minister Anthony Roberts, who Berejiklian demoted to the junior portfolio of Corrections Minister.

Roberts, banished to purgatory, has kept his head down and has put his efforts into rebuilding his faction, recruiting members and building the right’s financial base. He will not stand for a free vote. “Any legislation around state-sanctioned murder should not be a conscience vote,” Roberts said.

After a short-lived tilt at running in the Eden-Monaro byelection last year, Berejiklian punished Constance for his behaviour and stripped him of the position of leader of the house. He retained his cabinet spot but was not part of her inner circle. Like Roberts, Constance kept his head down.

It is widely believed that Constance will leave state politics and head to Canberra at the next federal election to contest the seat of Gilmore, which Labor narrowly holds with a 2.7 per cent margin.

If Constance does not quit NSW, he could instead stick around for a chance at the top job if Berejiklian were to leave. While Perrottet is considered the most likely successor to Berejiklian, there are some in the party who believe Constance could be a viable option.

Constance was active behind the scenes in the decriminalisation of abortion, also a bill brought on by Greenwich, so it is not surprising he was the first Liberal to stick his neck out on assisted dying.

The wounds are still healing after the last conscience vote, and the right has not forgiven Berejiklian. With 18 months until the state election, the last thing Berejiklian or her government needs is the party tearing itself apart over a social issue many Liberals see as more divisive than abortion.

Constance has nothing to lose. Berejiklian, however, has plenty.