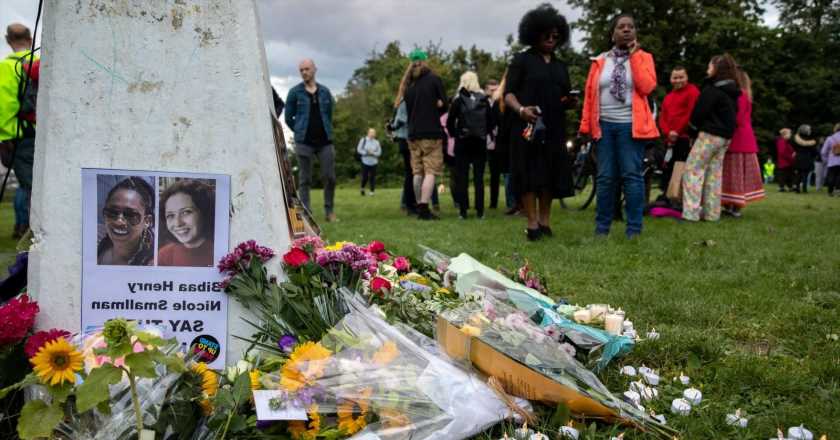 As Stylist’s junior digital writer, Lauren Geall writes on topics including mental health, wellbeing and work. She’s also a big fan of houseplants and likes to dabble in film and TV from time-to-time.

Over a year since Nicole Smallman and Bibaa Henry were stabbed to death in a brutal attack in London’s Fryent Country Park, large crowds gathered to remember the sisters on what would have been Nicole’s 29th birthday (3 August).

The vigil, organised by the campaign group Reclaim These Streets, saw friends, family, politicians and campaigners alike gather to lay flowers, light candles and take part in a minute’s silence.

“As a teacher and a priest I have given my life over to raising boys and girls that people looked down on and didn’t think that they could be anybody,” Smallman told the crowd. “Now I’m doing it for my girls and I’m doing it for every one of the girls here.”

She continued: “I am so tired of old, grey, boring white men telling us how to live our lives. You know nothing changes because they still have the power, they still call the shots.

“We haven’t really gone through the glass ceiling, they’ve just put a concrete one up. Well, we’re bringing in the bulldozers. We’re calling it out.”

The vigil comes weeks after 19-year-old Danyal Hussein was found guilty of the sisters’ murders, which he claimed were part of a deal he made with a so-called “demon”.

But last night’s event was not about Hussein. Nor was it about the two Metropolitan police officers who have been charged with misconduct in public office after allegedly sharing photographs of the sisters’ bodies taken at the crime scene. Instead, it was about remembering the lives of Smallman and Henry, as well as all the women who are threatened on the UK’s streets and who are lost to male violence.

Speaking exclusively to Stylist, women who attended last night’s vigil explained why taking part in the event was so important to them.

“As a woman and as a woman of colour it’s important to me to come out and show solidarity at events like this,” Natasha, 35, explained. “Not only am I personally connected to the mother of the two girls who were murdered, but within this community I am connected to the women here.”

Stefanie, 33, echoed this sentiment. “For me the reason I came is because we’re all connected as women, as a community,” she said. “I think showing up is important. Everyone was affected last year – it was devastating, but when you actually physically show up and say ‘we’re here’ in some way shows support to the family as well. For the mum to see that people are here. That was important to me.”

While Kerrie and Freya, both 31, added: “We wanted to show our support for ending violence against women and girls and how important it is to realise that this can disproportionately affect women of colour, and of course to remember the lives of Bibaa and Nicole.”

With the work to secure justice for Henry and Smallman still far from over – an Independent Office for Police Conduct (IOPC) investigation is currently looking into the police’s response to the disappearances, and the case against the two officers accused of taking photos of the crime scene is still ongoing – last night’s vigil was a powerful reminder of the work that still needs to be done to eradicate the epidemic of male violence against women.

The government may have published its long-awaited strategy to tackle violence against women and girls, but there’s still lots more that can be done to ensure long-lasting, meaningful change.

Taking to Twitter after the event, Reclaim These Streets echoed this sentiment. Sharing a photo of the candles and flowers left at the vigil, they wrote: “If you came to Fryent Park tonight, thank you. If you lit a candle on your doorstep, thank you. If you said their names, thank you.