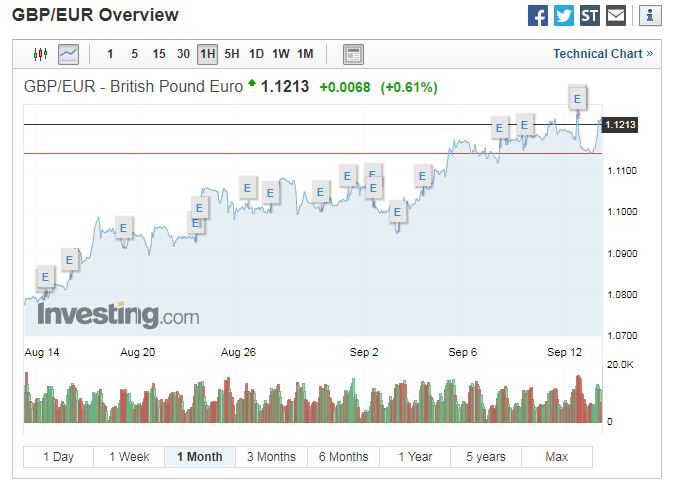 THE pound is at a six week high against the dollar and the euro after it appeared that the Prime Minister may get a Brexit deal.

Sterling shot up to $1.24 this morning following reports that the DUP may agree to changes that could put an end to the Irish backstop battle. 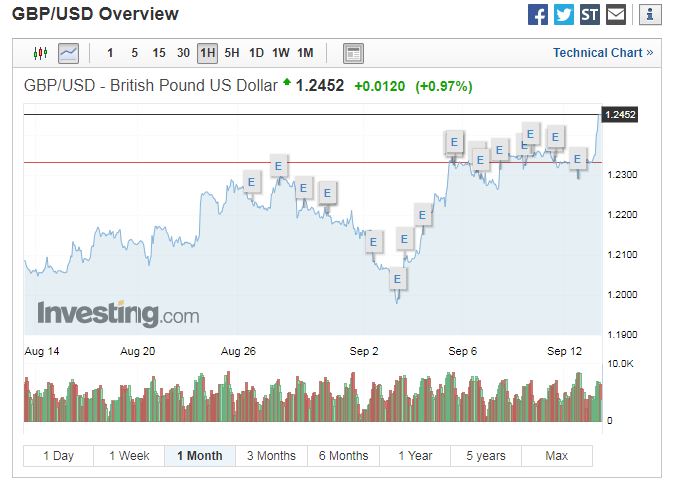 Figures from currency experts at Caxton FX show that the small jump compared to the $1.19 it was at on September 3.

The pound also rose against the euro today, shooting up to €1.12 compared to a €1.07 low earlier this month.

Although, DUP leader Arlene Foster denied that the party would budge on arrangements for an Irish backstop.

Sterling hit a 10-year low against the euro back in August after Boris Johnson announced government plans to plough millions more into funding no-deal preparations.

Throughout his campaign for Prime Minster, Mr Johnson pledged that he is prepared to leave the union without a deal if it's the only way we can "Brexit" by the October 31 deadline. 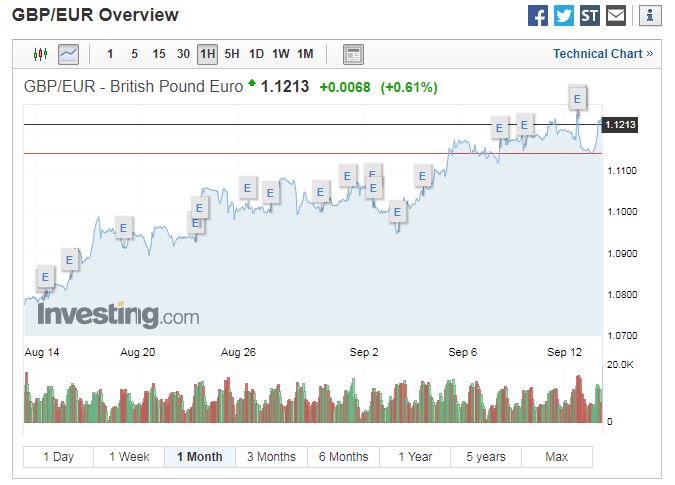 How to get the cheapest holiday cash

WE spoke with Hannah Maundrell, editor-in-chief at money.co.uk to find out how you can guarantee the best rate when you go on holiday

So far, the prospect of Britain leaving the European bloc without a deal has weakened the pound.

What happens at the border between Nothern Ireland and the Republic of Ireland post-Brexit has been a key sticking point for many in the negotiations.

Michael Brown, Senior Analyst at Caxton FX said: "Sterling has rallied to its highest levels against the euro and dollar since late-July this morning, having gained more than one per cent in reaction to the news that the DUP may be softening their stance on the Irish backstop.

"However, the pound remains vulnerable, with politics set to continue dominating and the Brexit landscape shifting as quickly as ever."

Political decisions often affect the value of the pound. For example, the pound soared against the euro and dollar back in March after MPs voted to rule out a no deal Brexit.

But a falling pound means that holidaymakers are getting less for their money abroad.

In August, travellers were being offered dismal exchange rates at the airport where £1 wouldn't even buy them €1 or $1.