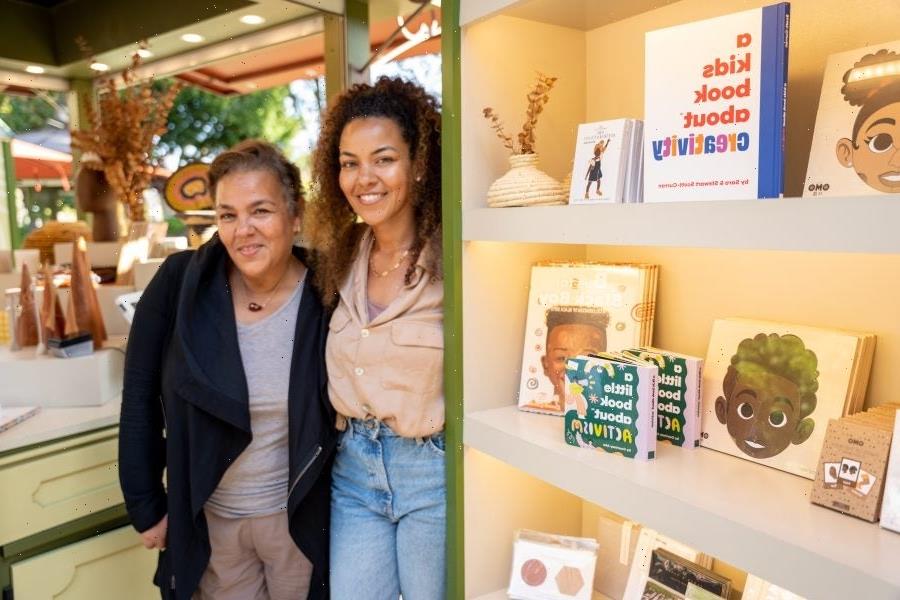 Owners, co-founders, and mother-daughter duo Juana Williams and Blair Paysinger say they were floored to receive a call in late 2020 asking them to bring their carefully selected collection of Black-owned wares to Anaheim’s Downtown Disney District at Disneyland.

Their company launched in Summer 2020, just as the social justice movement in the wake of George Floyd and Breonna Taylor was getting underway in the U.S. The team began their business, Post 21, on June 1, 2020, 99 years to the date after the Tulsa Massacre and destruction of Black Wall Street. Even the company’s name marks the memory of the tragedy and carries on the legacy of the Black business owners and the self-sufficient economy of that community.

Hoping to sow seeds to somewhat of a new Black Wall Street, the mother-daughter duo launched Post 21 with the goal of connecting consumers with Black-owned brands and connecting Black entrepreneurs with an expanded market.

“We had no intentions of doing a physical location,” Williams revealed, saying they were initially bit in disbelief that it was indeed the Disney Corporation contacting them.

“[Disney] was extremely helpful, they gave us every tool we needed, they answered every question we had and supported us at every step,” Paysinger added.

But what is it like co-owning a business with your mother? Paysinger says it’s about the type of experience you’d expect.

“It has definitely tested and changed our relationship,” Paysinger says of co-owning a business with her mother. “I call and she starts talking about business, but I’m thinking ‘girl, I need you to babysit’,” she laughed. While they’ve admittedly each had to work on their communication skills and find their sync in work styles, “ultimately, who else would I trust to do this with?”

“It’s pretty crazy! I’m from LA, so we’ve been coming to Disney all my life,” Paysinger said. “Like [Williams] said, we never really wanted a retail location, but when they called it was like ‘if we’re going to be somewhere, we’re going to be at Disney.’” It was pretty overwhelming but timing is everything. This year is the 21st anniversary of Downtown Disney, which goes with our name. Every piece of the process has fallen into place, and this was just one more to show us the Lord said to do it.”

Having opened up on the Downtown Disney walk during the Holiday season of 2021, the store has been embraced by Disney enthusiasts, often happy to see their Blackness authentically reflected in the product offerings.

“The reception has been great, Williams said. “When we first opened, especially around the holiday season, some people would come to our stand and just well up when they’d see our books and our puzzles and our pictures. They’d say ‘you have no idea how good it feels to see ourselves here.’ But, yes…I do. I understand exactly how you feel.”