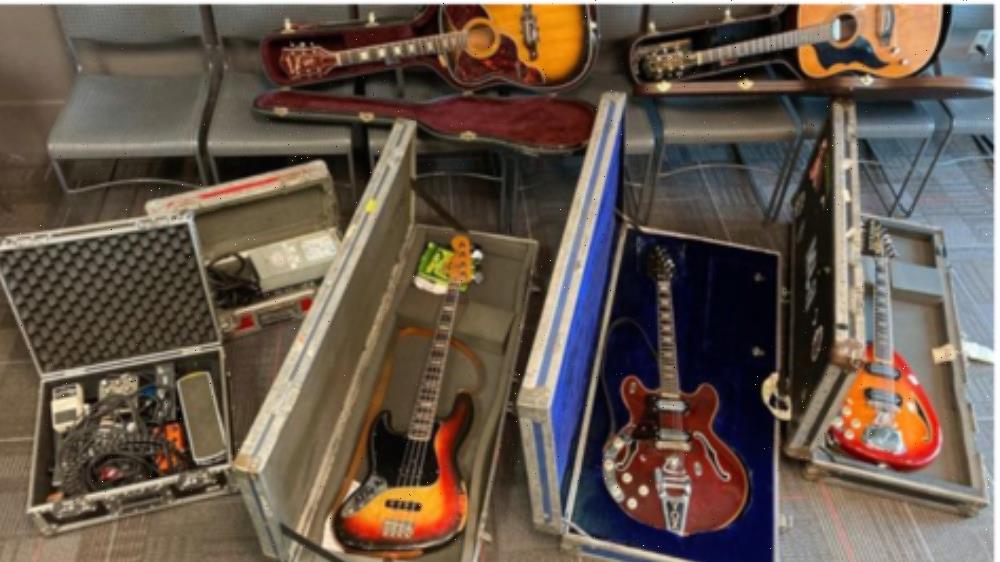 It’s every touring band’s nightmare: Veteran rockers the Brian Jonestown Massacre had nearly all of their equipment stolen while on tour: custom-built guitars and effects and lots more. The theft was widely reported in the music press as the band soldiered on as best they could.

But this particular nightmare has a happy ending: Police in Portland, Ore. have recovered more than $50,000 worth of the band’s gear, the group announced on Friday.

“We are all eternally grateful to the Portland police department for their help in finding our stolen equipment,” frontman Anton Newcombe tweeted. “It has been said that it had great sentimental value, however, I am not very sentimental, I use my gear to create music 6 days a week, to feed my family and employ my friends. These are the tool of my craft, no different than a truck full of tools used in construction or any other trade.  I also wish to thank everyone for their outpouring of concern, and for spreading the word, especially Dan at KATU TV.”

Of course, the impact of the theft was even more devastating coming after two years of lockdown and quarantines that prevented the band from touring at all. During the pandemic, frontman Anton Newcombe  survived two bouts with Covid in his current home of Berlin, and the band had written and recorded two new albums, including “Fire Doesn’t Grow on Trees,” slated for release on June 24.

A 38-date North American tour (with Mercury Rev) kicked at Philadelphia’s Union Transfer on March 27. But Covid intervened one again, and dates in Vancouver, Tacoma and Seattle had to be cancelled. The band returned to the stage on April 18 in Portland with new gear that they purchased.

The theft was discovered that afternoon, and Newcombe tweeted that the missing items included a rare Vox Ultrasonic 12 guitar, as well as a Vox Starstreamer 12, Gibson ES 12, Fender Jazz bass, Harmony Sovereign 6 acoustic with Dean Markley, Eko 6 string acoustic with built in pickup, and one guitar tech tool kit.

Newcombe also tweeted thanks for the “unbelievable kindness of the Portland music community” in getting the word out, and praised the police for their skillful and swift detective work.

BJM and their recovered gear take the stage at Dallas’ Granada Theater tonight.