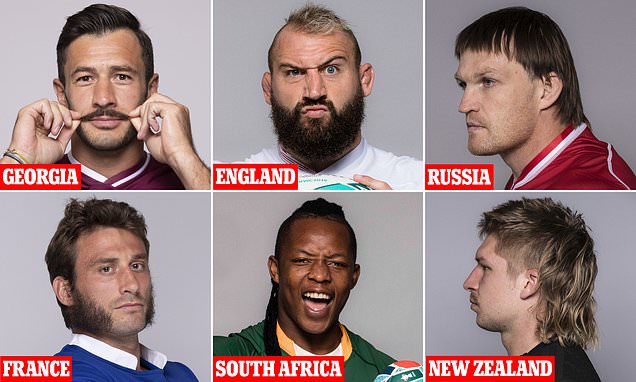 Let’s hope they packed the hairspray! Players show off their VERY striking hairdos ahead of the Rugby World Cup – including a dubious ‘bowl cut’ and ’70s sideburns

As the Rugby World Cup kicks off, players will be hoping to command attention for their skills on the pitch, but it may be their elaborate hairstyles that really steal the show.

While footballers are known for their penchant for grooming, players from around the world have shown they’re equally partial to some eye-catching topiary.

England player Joe Marler for instance, has paired his light blonde quiff with a bushy dark beard, while France’s Maxime Medard seems to be turning back the clock to the 70s with his bushy sideburns.

It comes as fans await the eagerly anticipated kick-off just before midday today, with the first match between host nation Japan and Russia. 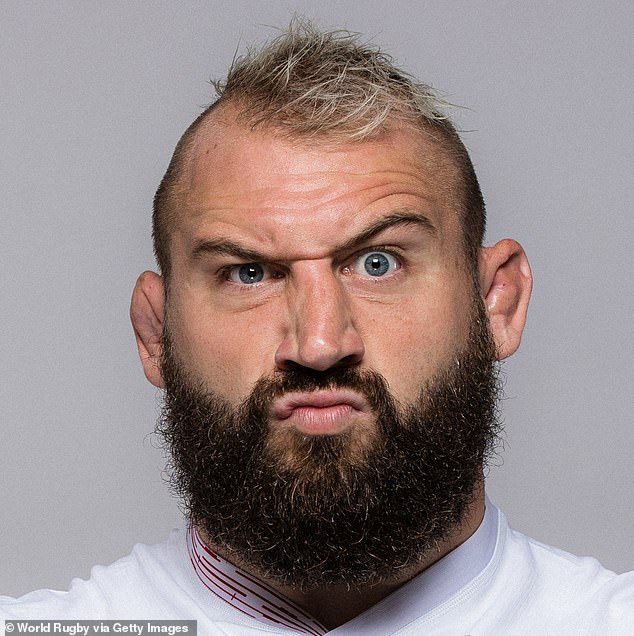 England player Joe Marler had gone for a distinctly British and ‘manly’ trim with his trim, according to hair stylist James Johnson 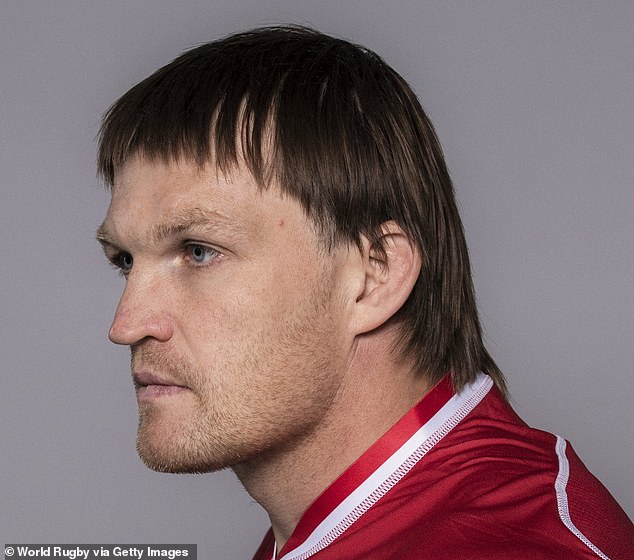 Russian player Andrey Garbuzov, however, appeared to have opted for the ‘bowl cut’ that may have been done by his ‘mother or wife’

Hair stylist James Johnson said that Joe Marler – who plays as loosehead prop – looks ‘very British and manly’ with his rugged beard and ‘half-attempt of a fashionable quiff’.

However, he’s less flattering about Russian player Andrey Garbuzov’s fringed style, and questions if it’s the handiwork of his mother or wife.

‘I recommend using a ceramic bowl to compete this look as plastic can sometimes warp in the dishwasher and would result in a wonky hair cut all over,’ he said.

‘Who would want an unbalanced bowl cut? But I do like the longer hairs over the ears, this keeps the overall look much softer, especially for a hard faced rugby player.’ 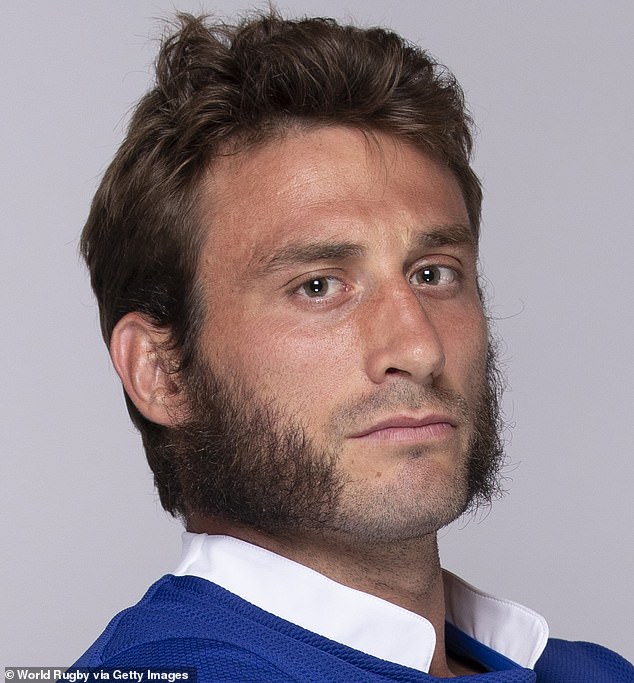 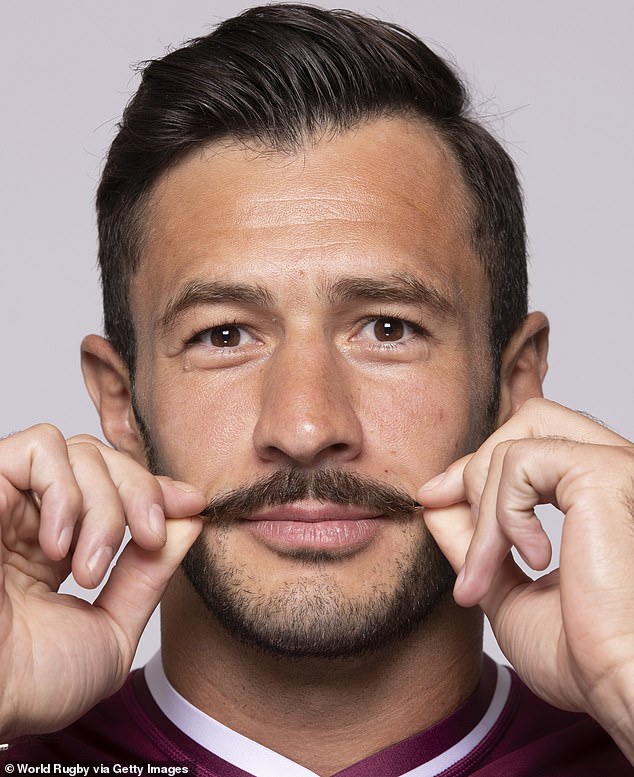 Georgian player Lasha Malaguradze had gone for a ‘suave’ look, according to the hair stylist, but one that may be difficult to hold together while on the pitch

And for French player Maxime Medard he said the 70s sideburns ‘should not be making a return’.

‘This should be tackled from the start… side burns should stop around the centre of the ear’, he said.

‘For longer shape faces fade these out to elongate the face.’

Talking about some of the other wacky and impractical hairstyles that are expected to hit the pitch this year he said that Georgia’s Lasha Malaguradze had chosen a ‘bold statement’ and ‘hard to pull off’ style.

‘Very suave, an elegant look for on the pitch’, he said.

‘It’ll need some strong hairspray to keep it balanced during some tackles!’ 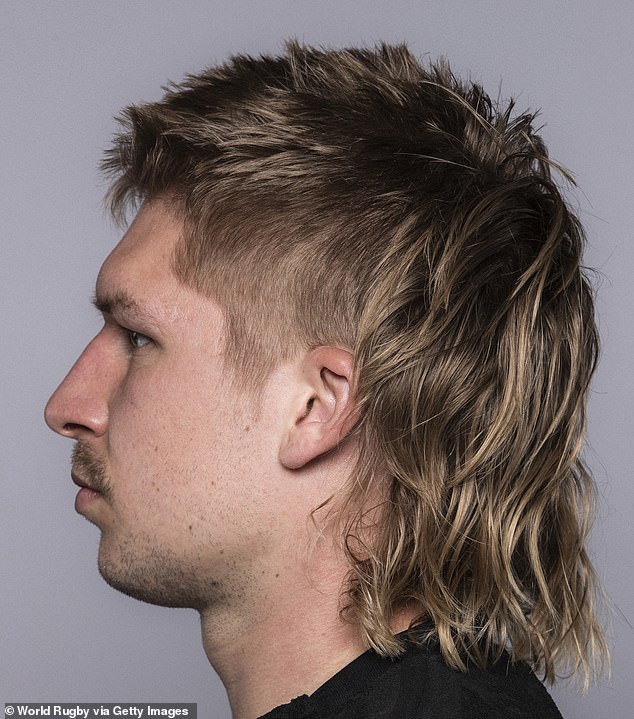 New Zealand’s Jack Goodhue appeared to be trying to echo David Beckham with his mullet. The style, which the football star couldn’t pull off, is something that ‘no one else should attempt’, according to the hairdresser 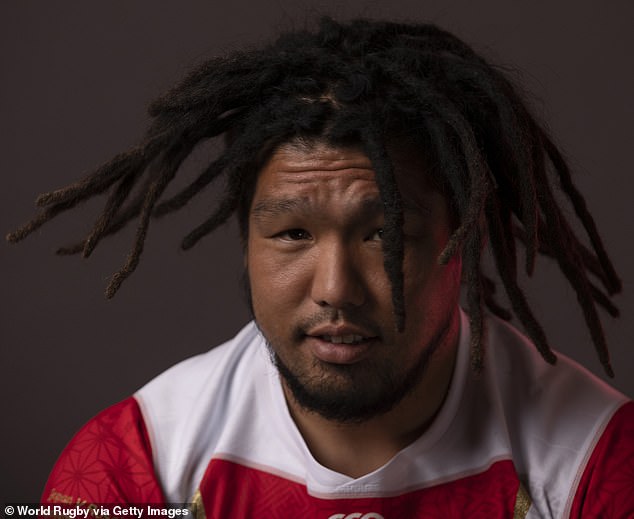 For Japan’s Shota Horie, however, he was more complementary. ‘Japan has style’, he declared, ‘he’s bringing the edge to the pitch and is very on trend’

After looking at the David Beckham mullet donned by New Zealand centre Jack Goodhue, he said that ‘no one else should attempt’ the style after even the footballing ace could not pull it off.

‘Unless the barbers has a half price for half a head hair cut, the hair should be cut even all over’, he said.

‘I suppose it could keep your neck warm on the rugby pitch though!’

For Japan’s Shota Horie, however, he was much more impressed.

‘Japan has style’, he declared, ‘he’s bringing edge to the pitch and is very on trend.

‘Perhaps more suited for a music video, he’s certainly bringing that cool’ness and an urban vibe which wouldn’t normally be paired with rugby!’

‘I do rate having the hair in dreads for ease, especially during sport. It can be tied up and styled out the way in a cool style!’ 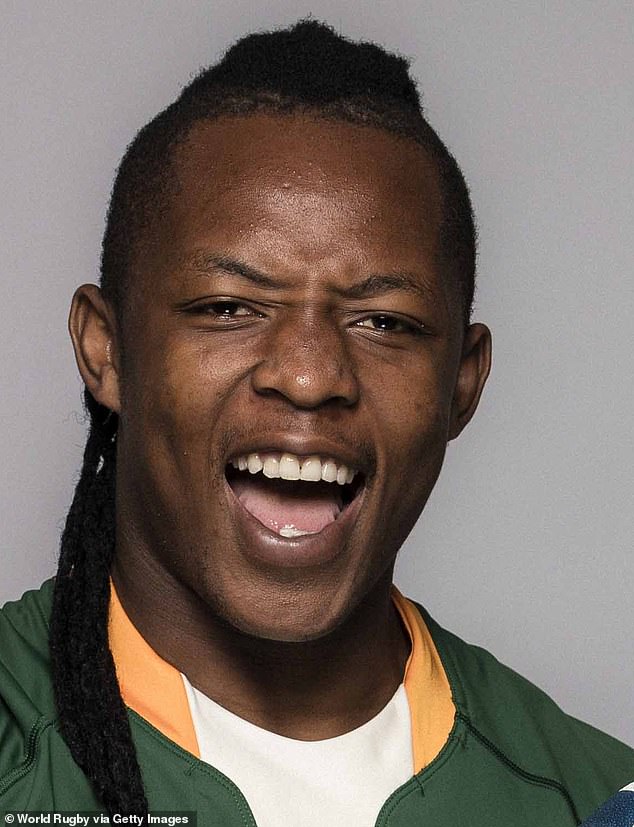 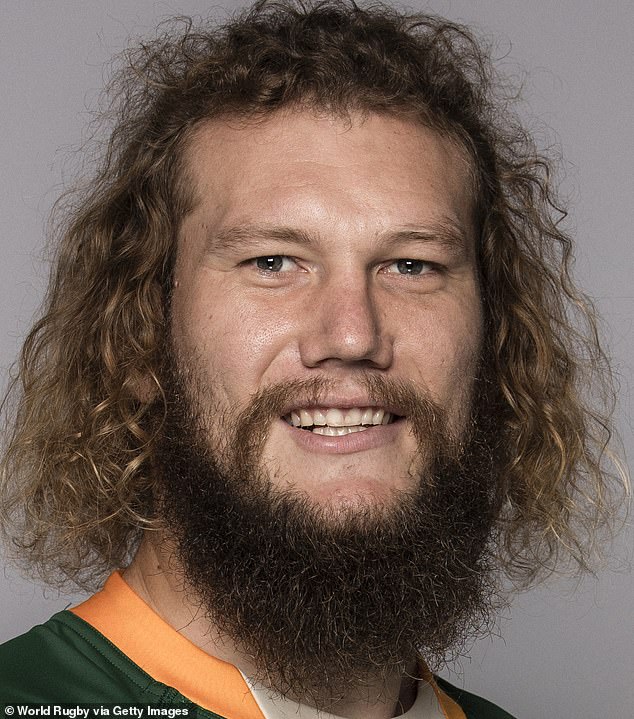 However, for Nkosi’s teammate RG Snyman, he was less impressed. The hair stylist said the player needs to ‘shape up all over’ and should consider putting his hair into a man bun

He also complemented South African player S’busiso Nkosi’s choice of trim, saying the player had a ‘hip hop vibe’ in his hair.

‘A cool on trend skin fade mixed with a certain unique strip into a pony!

‘He’s created his USP on the pitch that I’m sure he can flick when scoring a try, although I wouldn’t want to get it caught in the scrum.’

However, he had less complimentary words for his teammate RG Snyman, who he said looked as though he needed a ‘shape up all over!’

‘Them curls need defining and that beard needs trimming!

‘We’ve seen a growth with men with longer hair recently, I can see this Player having full potential if he pushes through this stage into a man bun!

‘He would suit his hair tied up… a look worn by many currently, and probably much more suited for the pitch!’