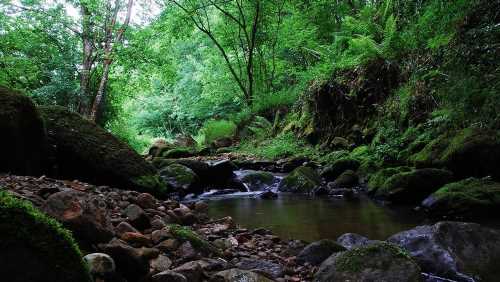 The program is set to be unveiled on Sept. 13 at a round table at this week’s Santander Film Festival.

El Bosque del Cine aims to plant 34,000 trees over 40 hectares, lent to the program by the Government of Cantabria. Creation will be divided into two phases of 20 hectares each, the first beginning this year. The forest will absorb 19,000 tons of carbon dioxide (CO 2) emissions, equivalent to the footprint of 320 movies.

El Bosque del Cine will offer producers the chance to cancel a movie’s footprint supporting the reforestation at an average cost of about €6,000 ($6,000) per film, Longoria told Variety. Forest paths will sport plaques explaining the local ecology and referencing the films via QR barcodes that have supported the forest.

The site will look to restore native trees in this area of Cantabria: Oaks, chestnuts, beeches, elms, maples and ash, for example. “This will make the forest a sanctuary of biodiversity, allow for a sustainable management and be a destination for tourists plus school trips and summer courses,” Longoria argued.

El Bosque de Cine has already won the support of the Santander Film Festival itself, which will use it to neutralise its footprint, plus companies such as Carbon Emergente, which will mange the forest, Creast, a CO2 measurement consultant, authors rights collection society Egeda, Mrs Green Film and Greenpeace. Longoria collaborated with Greenpeace and producer-stars Javier and Carlos Bardem on the 2018 doc feature “Sanctuary.”

A second festival will use the Bosque to cancel its CO2 impact, said Longoria.

Santander Festival prizes given this year will come in the form of the neutralization of winning movies’ CO2 footprints.

“Hopefully, a lot of companies not only from Spain but abroad will join. Our idea is that These forests can grow not only here in Santander, where we started because we have the support of the government, but can serve as an example for elsewhere,” Longoria enthused.