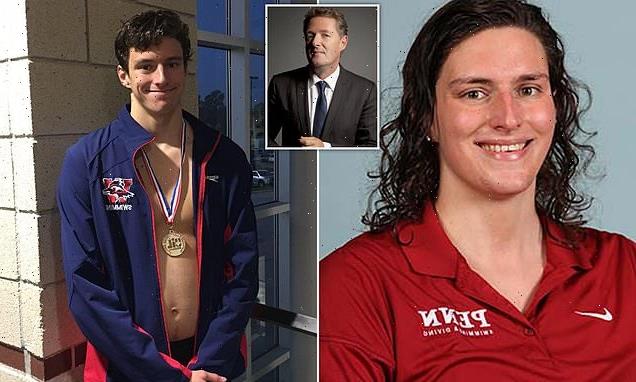 PIERS MORGAN: If Michael Phelps began competing as a transgender woman, all hell would break loose – so why is nothing being done to stop trans athletes like Lia Thomas from destroying women’s sport?

Michael Phelps is the greatest swimmer the world has ever known.

In fact, he is arguably the greatest athlete the world has ever known, period, after winning a record-breaking 28 Olympic medals including 23 golds.

Phelps achieved this staggering statistical dominance through a combination of physical prowess, dazzling skill and a uniquely steely work ethic and determination to be the very best.

When I interviewed him before the London Olympics in 2012, he revealed he’d once gone five consecutive years without a single day off training.

‘My opponents all trained six days a week,’ he explained. ‘So, by doing seven days a week, I trained for 52 more days a year than they did.’

And that was when he was swimming against other men also born to male biological bodies.

Now imagine what would have happened if Phelps had transitioned into a female when at the peak of his powers?

He, now she, wouldn’t have just dominated women’s swimming – he, now she, would have smashed all the women’s records by such vast margins that no woman born with a female biological body would have ever come close to beating any of them ever again.

In short, Phelps would have single-handedly destroyed women’s sport forever.

I think it’s safe to say the reaction to this extraordinary situation would have been one of total uproar at the appalling unfairness and inequality it would obviously represent.

But there would have been nothing in the rules to stop him doing it had he wanted to, and if he had, then anyone who dared to publicly challenge or criticise him, now her, would have been promptly branded ‘transphobic’ by trans activists and those who seek to virtue-signal their trans activism.

Thankfully, if you’re a woman swimmer born with a female body, Phelps stayed in his gender lane.

Which brings me to Lia Thomas. 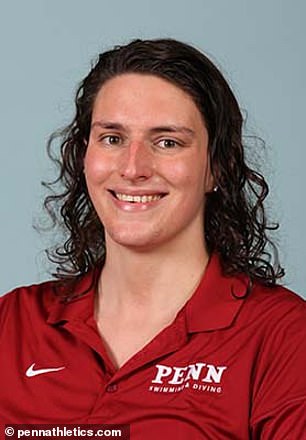 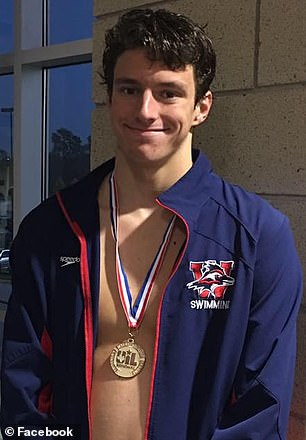 Lia Thomas (left) is a tall, powerful, muscular 22-year-old transgender woman swimmer who competed, as a man named Will (right), on the men’s competitive swimming circuit for three years before transitioning

You won’t have heard of Ms Thomas, yet.

But you will do very soon.

She is a tall, powerful, muscular 22-year-old transgender woman swimmer who competed, as a man named Will, on the men’s competitive swimming circuit for three years before transitioning.

Thomas, a senior at the University of Pennsylvania, was unsuccessful as a male swimmer.

But as a female swimmer, she is turning in Phelps-like performances. 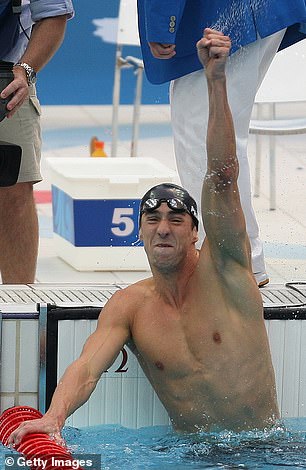 On Sunday, in the Zippy International Event in Akron, Ohio, she won the 1,650-yard freestyle event by a staggering 38 seconds from her nearest rival, Anna Sofia Kalandaze. This was a pool, meet and program record.

Thomas also smashed many other records over the weekend.

The next day, Saturday, she won the 200-yard freestyle in 1:41:93 – seven seconds ahead of her nearest rival, and the fastest finish in the United States.

In an interview for student-run Penn Today in June, Thomas said: ‘The process of coming out as being trans and continuing to swim was a lot of uncertainty and unknown around an area that’s usually really solid. Realizing I was trans threw that into question. Was I going to keep swimming? What did that look like?’

Well, we now know what that looks like: shockingly unfair.

‘Being trans has not affected my ability to do this sport and being able to continue is very rewarding,’ Thomas added.

And indeed, it is, but only for her – not for the women born to female biological bodies now trailing distantly in her water wake whose ability to do their sport to the same competitive level they were doing it before she came along has now been wiped out.

All Thomas had to do to qualify for women’s competition was undergo one calendar year of testosterone suppression treatment.

But, as has been scientifically proven beyond any doubt or argument, this does not reduce the naturally advantageous male body muscle mass and physical power.

The whole issue of transgender athletes is becoming a huge political football, but you know the debate’s gone completely bonkers when I find myself lining up on the same side as Texas Governor Greg Abbott who last October signed a bill named HB-25 that bans athletes in public schools from competing alongside the gender with which they identify, mandating that they must compete as the sex listed on their birth certificate.

Texas became the sixth state to enact such restrictions by signing the bill on October 25, with proponents saying the bill will ‘protect girls’.

Its critics have branded HB-25 a ‘cruel’ and ‘discriminatory’ measure that further ‘stigmatizes’ trans athletes.

The only cruel and discriminatory thing going on here is allowing transgender women born to male bodies, with the hugely superior physical advantage that gives them, to compete against women born to female bodies.

It’s happening in myriad sports now including sprinting, cycling and weight-lifting – and I don’t care how loudly the woke brigade squeal, it’s just plain unfair and is crushing the hopes, dreams and hard work of so many female athletes.

Don’t just take my word for it, take the word of someone who really knows through personal experience.

Caitlin Jenner was one of the US’s most successful ever athletes when she competed as a male decathlete named Bruce Jenner and won gold in the decathlon at the Montreal Olympics in 1976.

How can anyone with even half a brain disagree with that opinion?

The vast majority of people instinctively understand this is a ridiculous state of affairs.

Not because we’re all transphobic, as the trans activists keep saying in a reprehensible attempt to silence any debate, but because it is creating the very kind of unfairness and inequality that trans people have had to endure for decades. 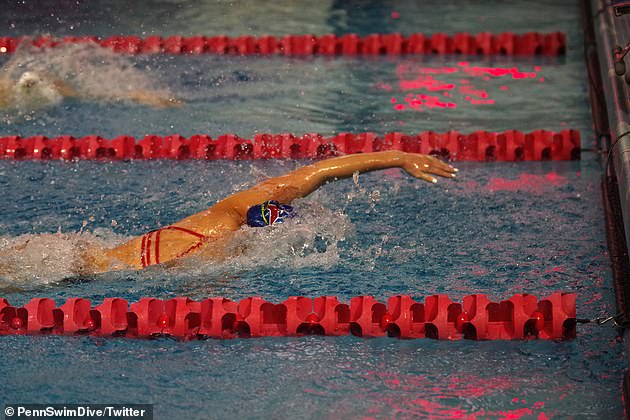 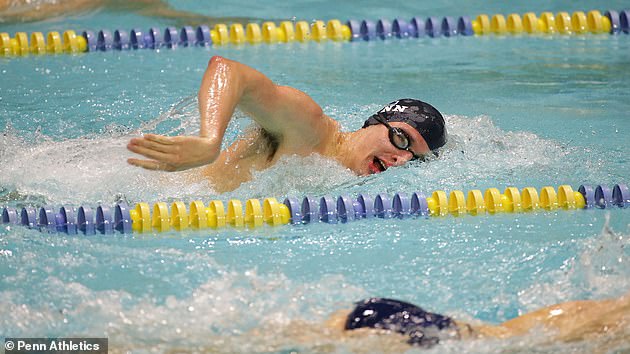 Just as I want all trans people to be treated fairly and equally, so I want trans athletes to be able to play competitive sport, but not in a way that is so transparently ruinous to women’s rights.

Lia Thomas is on her way to irrevocably disintegrating women’s swimming records.

Not because she’s a natural-born brilliant swimmer, because when she competed as a man, she was mediocre at best.

No, she will do it because she’s got a hugely advantageous physique over her female rivals.

What will it take to stop this transgender sporting madness?

Does Floyd Mayweather have to identify as a woman and get into the ring as a female boxer?

Or Usain Bolt come out of retirement to compete on the women’s springing circuit?

Or perhaps Michael Phelps really should transition and jump in the pool against women half his size and with a fraction of his speed?

And if you think something like this will never happen, then you’re living in cloud cuckoo land.

As Lance Armstrong proved in cycling, even some of the greatest sportsmen, with no need to cheat, do so for success and money.

I wish Lia Thomas nothing but success in her swimming career, but not against women born with female bodies.

Stop this insanity now, before it’s too late.