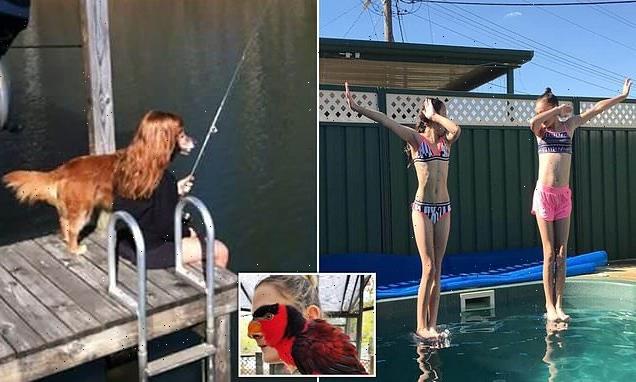 Now THAT’s the money shot! Snaps taken at just the right time create amazing optical illusions that will make you do a double take

Everyone’s a photographer these days thanks to camera phones, but sometimes the best pictures are a matter of impeccable timing, regardless of the equipment.

From all over the world, lucky photographers have captured amazing optical illusions, shared by the trivia website Waco Jaco.

One tourist managed to photograph a ray of lightning as it struck the Statue of Liberty’s torch in New York City in a case of amazingly perfect timing.

Meanwhile, a hilarious optical illusion made it look like a dog was shooting flames from his mouth while lying down beside a fire pit. 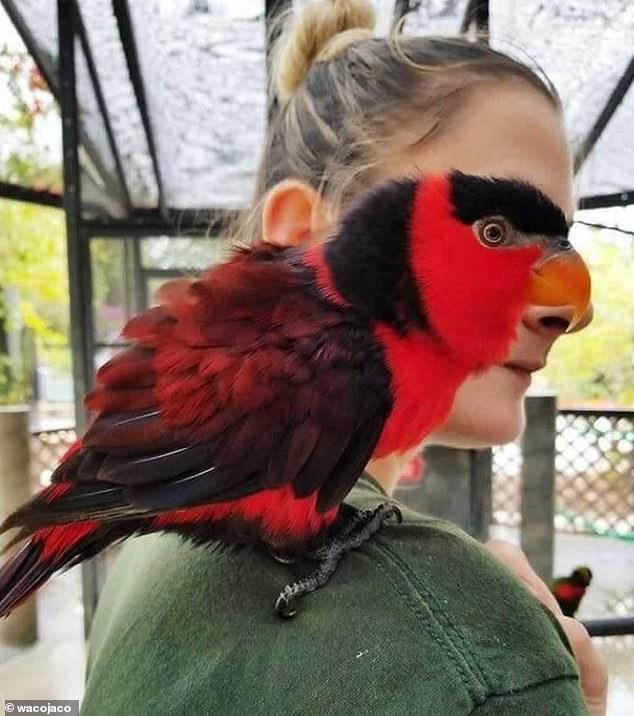 From all over the world, lucky photographers have captured amazing optical illusions they spotted in their surroundings. The eye of the parrot in this snap perfectly aligns with the British woman whose shoulder he’s perching on 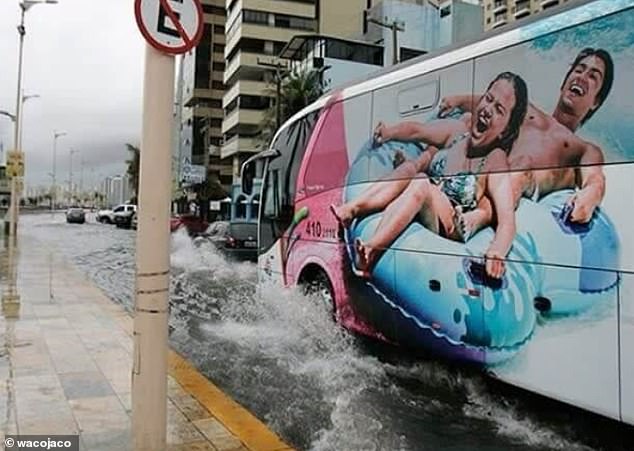 Making a splash! A lucky photographer captured the moment where a puddle on the side of the road brought the advert on the bus to life 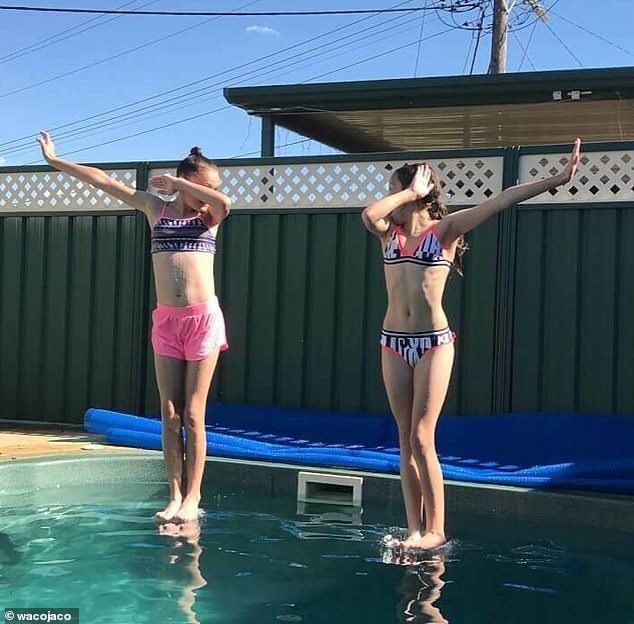 Diving right in! This picture was taken as the girls were about to enter the water, making it look like they are standing still on the surface 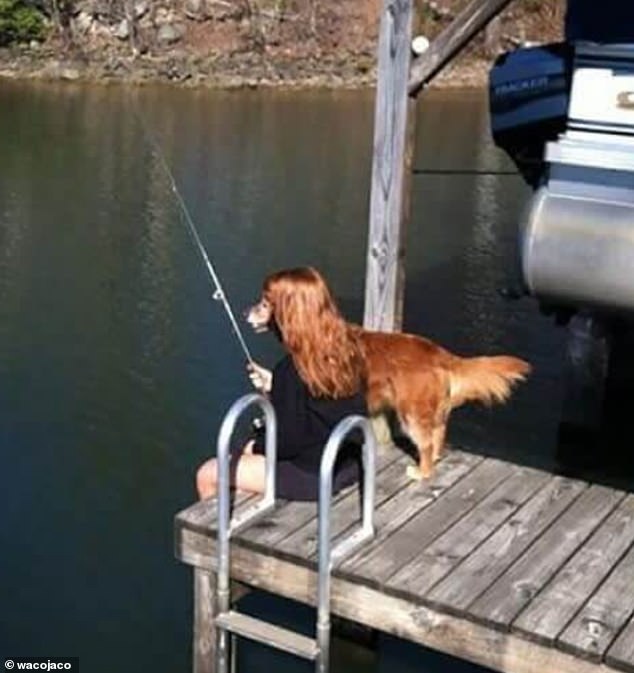 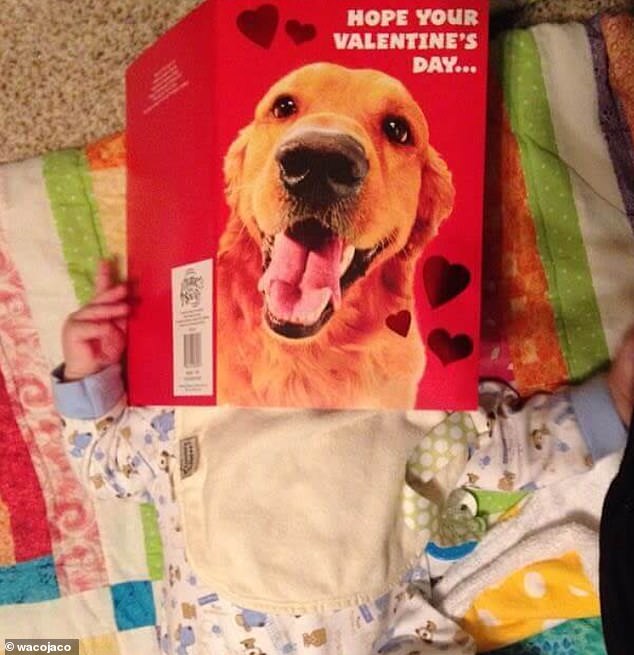 Puppy eyes! This picture, taken by a mother from Indiana, makes it look like this dog on the Valentine’s is wearing baby dungarees 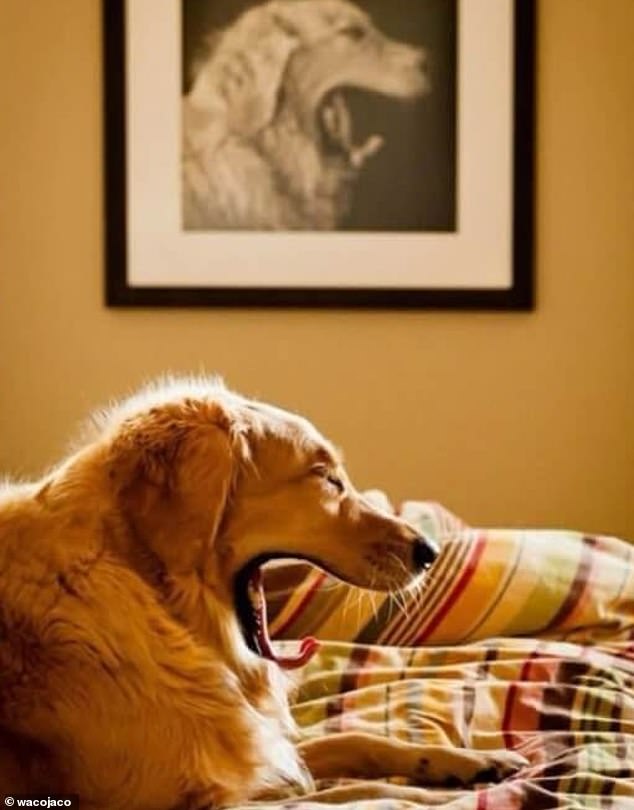 Life imitating art? The dog owner captured their picture as they pet was yawning just like the dog in the frame behind them 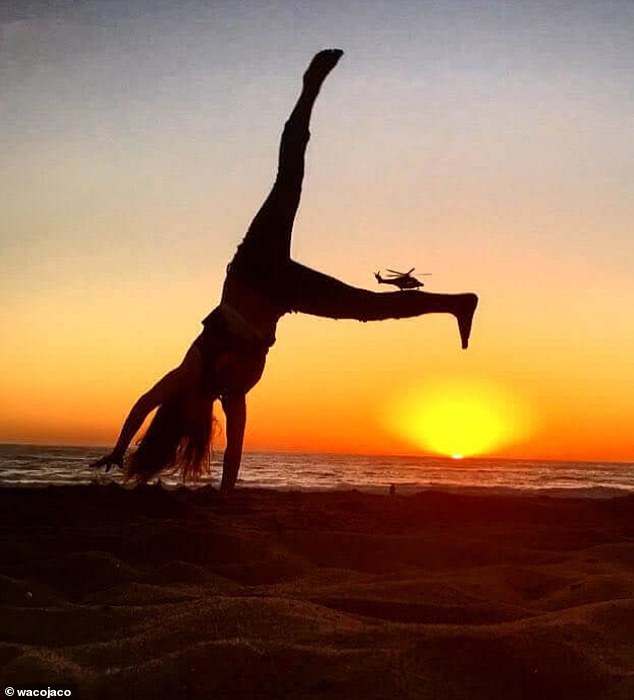 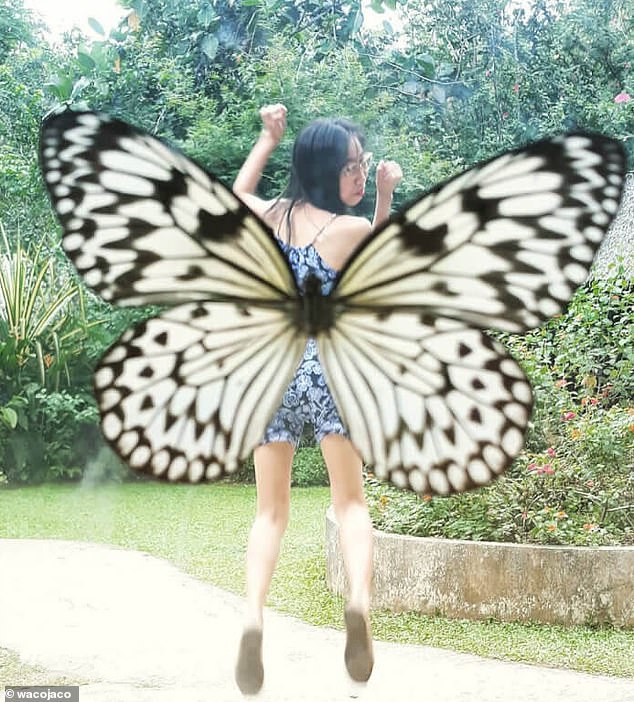 And we have lift off! The perspective on this picture makes it look like the woman has butterfly wings 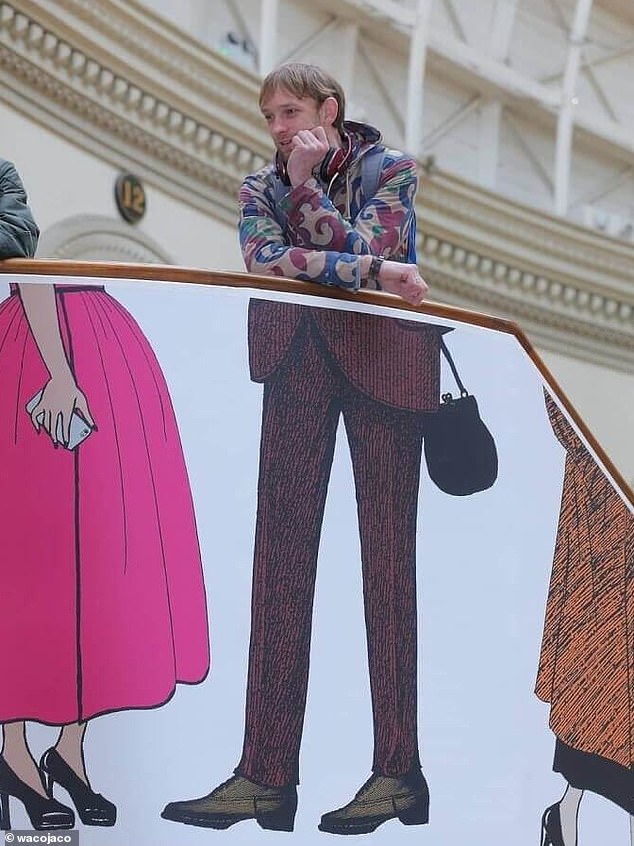 Art coming to life! The man stood in the exact right position to make it seem like he had the legs of a cartoon character 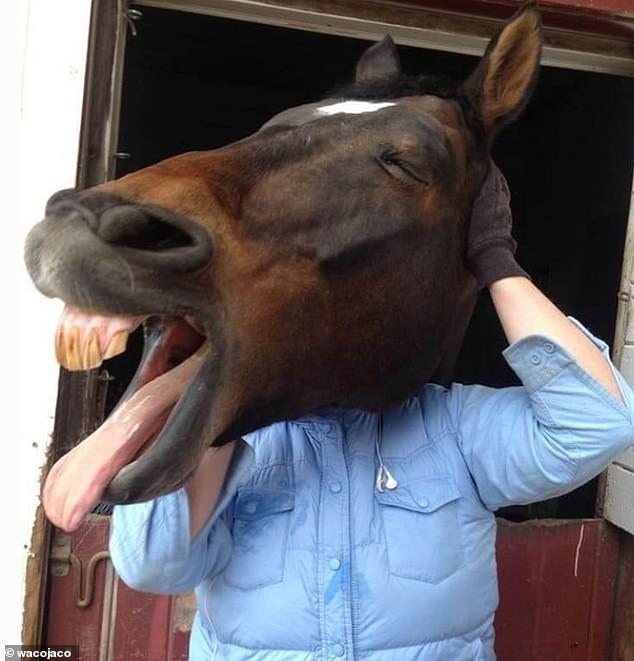 Horsing around! The optical illusion in this snap makes it look like the horse is wearing the blue jacket 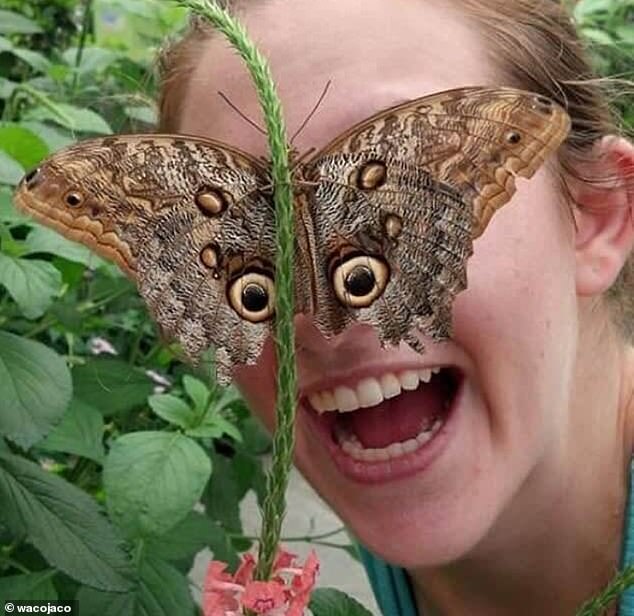 The butterfly effect! The spots on this butterfly wing perfectly matched this woman’s face, so she took a humourous picture 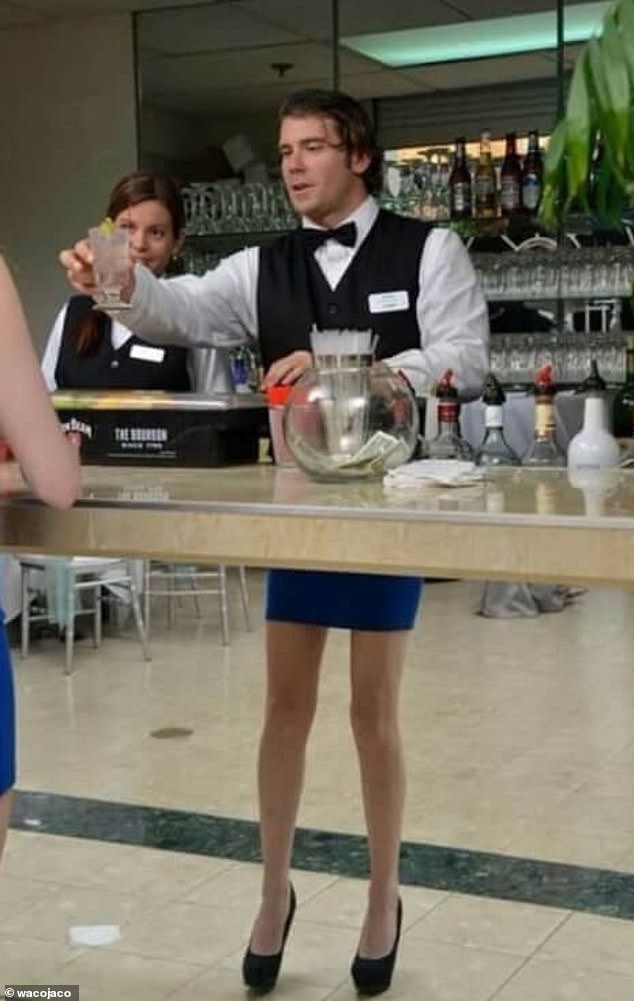 Putting on a leggy display! The reflection in this bar counter makes it look like the waiter is the one wearing the heels and the skirt 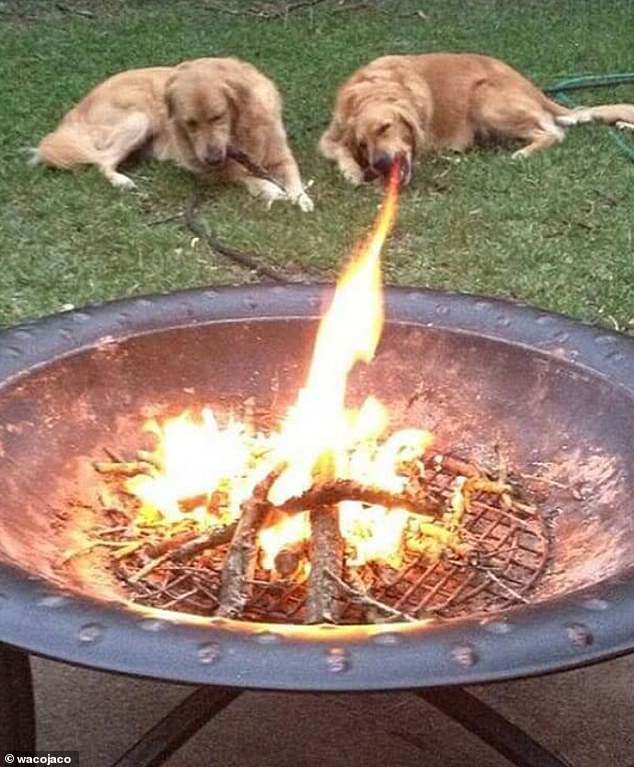 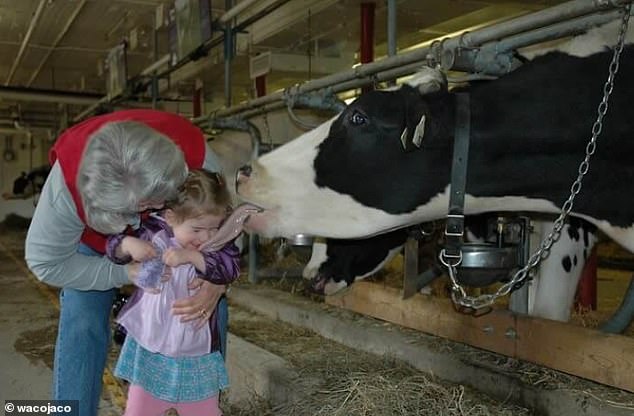 We don’t know how this little girl feels about cows, but the photographer took a snap just as the animal was giving her a kiss 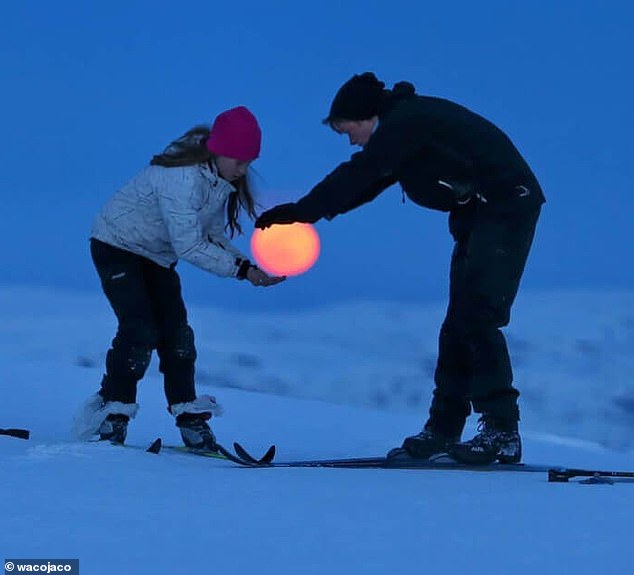 Snow joke! Two people made it look like they turned the sun into a glowing snowball in this amazing picture taken on the slopes in Norway 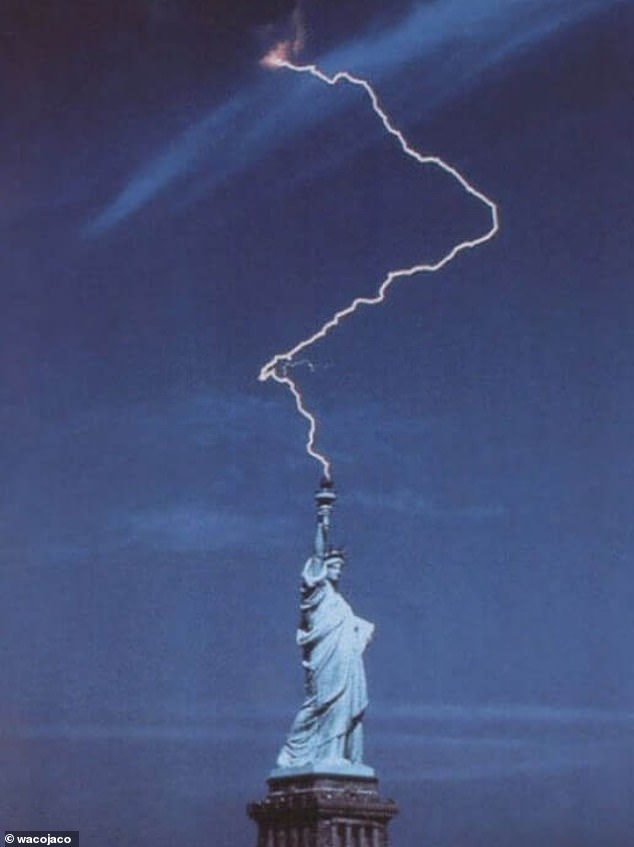 A banging picture! One person managed to photograph a ray of lightening as it struck the Statue of Liberty in New York City 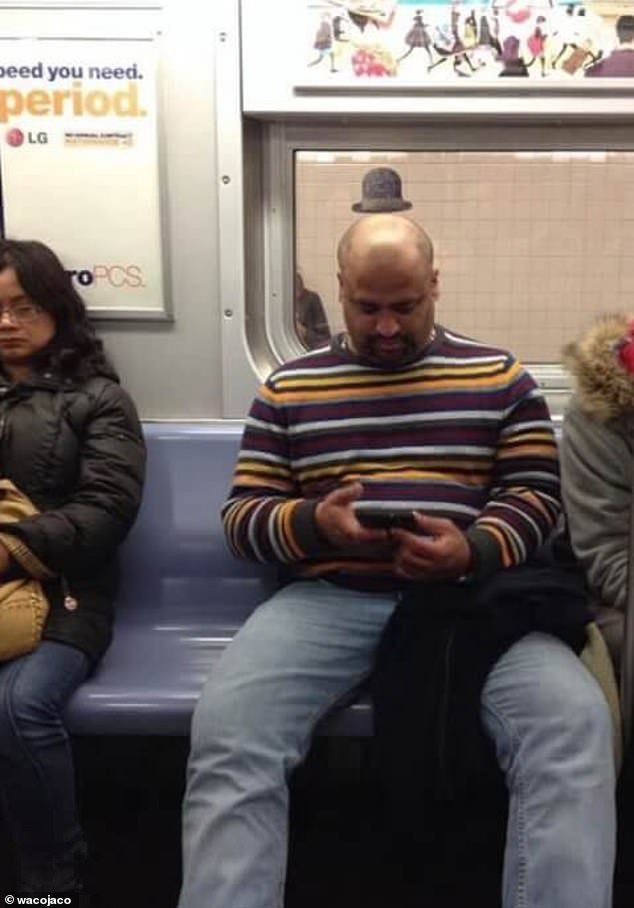 Hat’s it! The man’s head perfectly fitted the little hat drawing stuck on the window of his subway carriage in the US