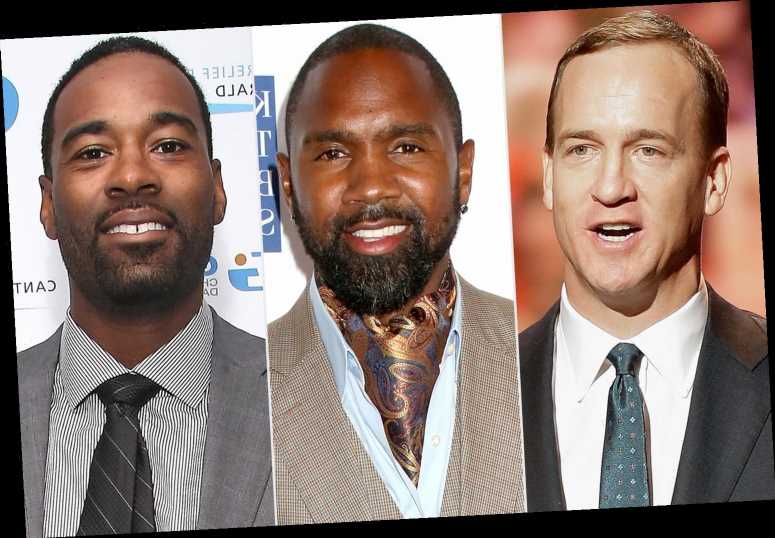 The list of the 25 semifinalists for the Pro Football Hall of Fame's class of 2021 has officially been revealed.

On Tuesday, the Hall of Fame announced the group of 25 NFL players — which includes quarterback Peyton Manning, wide receiver Calvin Johnson, safety Charles Woodson and defensive end Jared Allen — who are all eligible for the first time ever.

The list also includes four players – cornerback Eric Allen, tackle Willie Anderson, linebacker Cornelius Bennett and safety Rodney Harrison – "who are Semifinalists for the first time although previously eligible for the Hall of Fame," according to the Pro Football Hall of Fame's official website.

In order to be eligible, former players are required to have been inactive for five consecutive seasons, according to NFL.com.

The list of semifinalists was minimized from an original group of 130 nominees, who were previously announced in September.

The list of 25 will soon be condensed to 15 finalists by the Hall of Fame's board of selectors. Then, early next year during the week before Super Bowl LV, the Class of 2021 will be announced.

"The next step in the selection process comes when the Semifinalists are trimmed to 15 Modern-Era Finalists," the Pro Football Hall of Fame's website states. "That list increases to 18 Finalists with the inclusion of the recommended nominees of the Hall of Fame's Coach, Contributor and Senior Committees: Tom Flores, Bill Nunn and Drew Pearson, respectively."

"While there is no set number for any class of enshrinees, the Bylaws for the Selection Committee provide that between four and eight new members will be selected," the website adds.