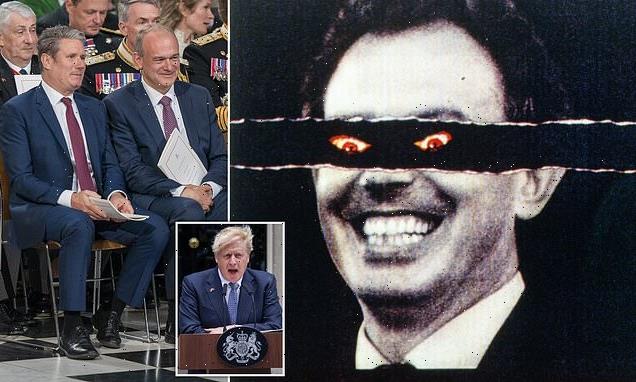 PETER HITCHENS: The next election may be the last proper British poll ever

Do not be in too much of a hurry to be dragged into the next General Election. The chances are horribly high that it will be the last proper British parliamentary poll, ever.

The Blairites, who are now quietly stealing back on to the stage, long to complete the revolution they began in 1997. And if they get power again, there will only be Left-wing governments in this country, for decades to come — perhaps for ever.

Like all self-described ‘progressives’, they want to make sure that in future polls, their side always wins. They also want to destroy the raucous, tough hurly-burly of British politics. It gets in their way, and you will miss it a lot when it has gone. 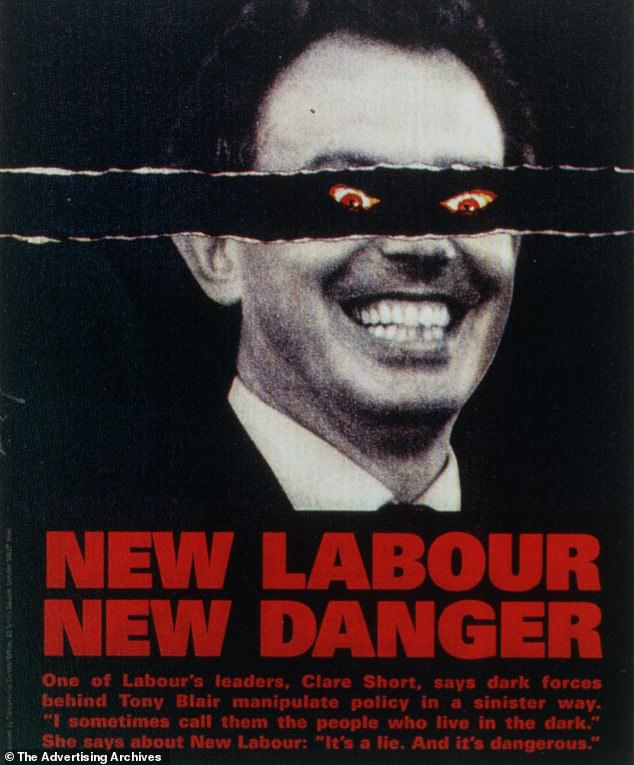 When Anthony Blair and Gordon Brown smashed up the United Kingdom 25 years ago, they did not just propel Scotland and Wales towards independence. They realised that most people would not look at the details, and took the chance to introduce PR, in the form of the additional member system to the new Scottish and Welsh mini-parliaments which resulted 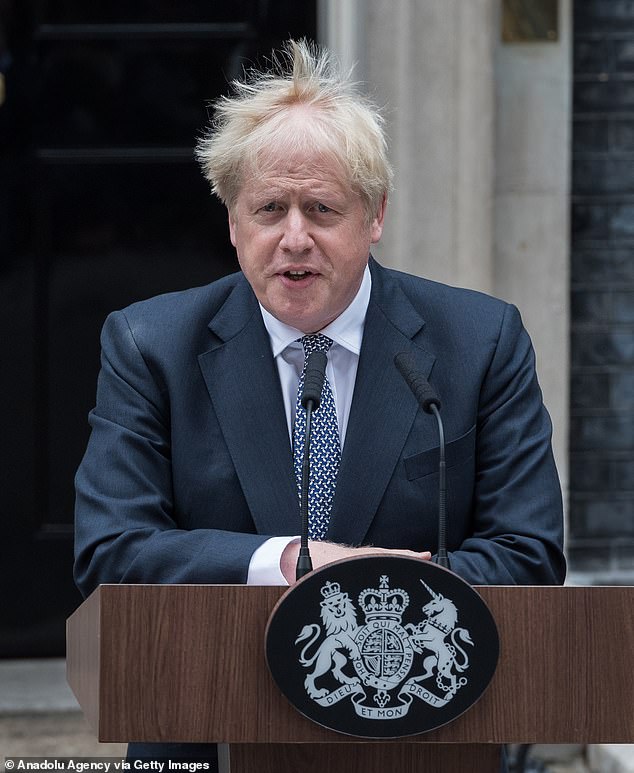 Do not be in too much of a hurry to be dragged into the next General Election. The chances are horribly high that it will be the last proper British parliamentary poll, ever 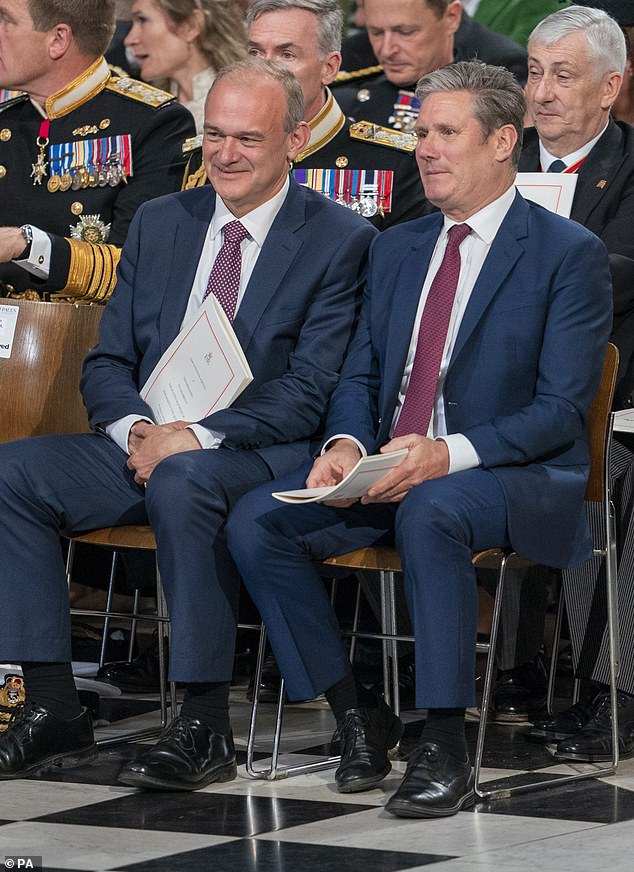 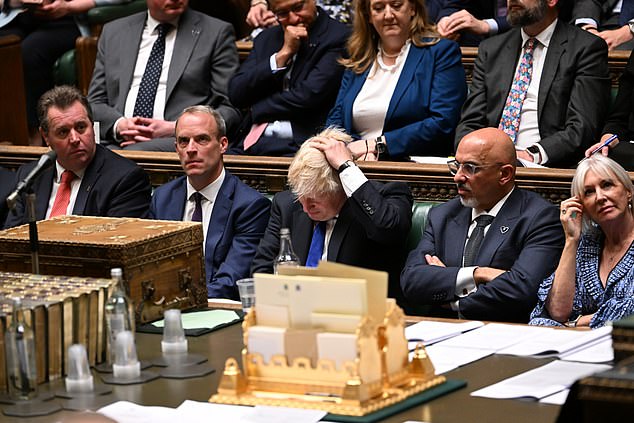 First Past the Post is abrupt and decisive. You may have liked Europhile Tory Ted Heath, but I didn’t, and I thought it marvellous that he could be Prime Minister one day, and out on the street with his grand piano the next, as happened in 1974.

You may think it normal that within hours of the polls closing you know who will be governing you. You may, like me, have rejoiced in the fact that we can have a peaceful revolution every five years, with the literal chance to ‘turn the rascals out’ when we are sick of them.

The process is abrupt and decisive. You may have liked Europhile Tory Ted Heath, but I didn’t, and I thought it marvellous that he could be Prime Minister one day, and out on the street with his grand piano the next, as happened in 1974.

Once you have lost your mandate, you instantly become more of an ordinary human being again, forced to make your own phone calls, to queue to board planes and to park your own car — after years when you never even had to open a door.

It goes the other way, too. One minute you are a private citizen, whose own family does not pay much attention to you. The next moment, long-jawed quiet men are explaining the Trident nuclear launch codes to you in a deep bunker.

Both experiences have to be good for the soul. Political leaders who have been through such defeat or victory are better for it — hungry for office when in opposition, and wary of needlessly angering the voters when in Government.

More from Peter Hitchens for The Daily Mail…

This arrangement goes back to the very beginnings of our Parliament and has been a great boon to us. Because MPs sat in rows facing each other, the idea of a government on one side and an opposition glaring across at it grew in strength. It turned out to be especially good for freedom.

Richard Neville, editor of the troublemaking magazine Oz in the 1960s, very cleverly observed that ‘there is an inch of difference between the Conservative Party and the Labour Party. But it is in that inch that we all live’.

This inch simply does not exist in most other democracies, where the MPs lounge in ‘hemicycles’, moving vaguely from Left to Right with no firm demarcation. In such countries, the state and the police are more powerful and unaccountable and the citizens — and the press — much less free.

The late Queen Mother, perhaps as different from Richard Neville as you could get, made a similar point, saying: ‘What this country needs is a proper old-fashioned Tory government faced with a good, strong Labour opposition.’ Her seemingly simple remark is full of wisdom.

Whichever side you take in politics (and hers was in little doubt) you know that your own party will make mistakes and get above itself. It needs a fierce, well-informed opponent, anxious to seize power from it, to keep it honest and to stop it getting too powerful.

In a proportional representation (PR) system, all these safeguards vanish. All its bargains are made in secret after the polls close, rather than in the open, before the voting starts.

Parliament becomes an elite conspiracy against the voters, rather than a cockpit in which the angry divisions of the country are constantly reflected and echoed, a safety valve preventing political violence and revolution.

Vote how you like in PR countries, but you have very little control over who keeps, gains or loses office after the election. All that is done in closed negotiations among the political class. Tiny parties can hold on to power despite having few votes, and demand the pursuit of crazy pet policies in return for propping up larger parties.

Israel is the extreme example of this, but they all suffer from it. In 2017, it took the Dutch 225 days to form a cabinet. In Germany, it can take months between the polls closing and a new Chancellor being sworn in.

Proportional representation pretends — very successfully — to be fairer and more modern than our ancient first-past-the-post tradition. In fact, PR is a stitch-up in which the elite are the ones who get represented, out of all proportion to their numbers.

The additional member system is plainly the one the reformers want. When Anthony Blair and Gordon Brown smashed up the United Kingdom 25 years ago, they did not just propel Scotland and Wales towards independence. They realised that most people would not look at the details, and took the chance to introduce PR, in the form of the additional member system to the new Scottish and Welsh mini-parliaments which resulted.

They also used it for the London Assembly, an even more revolutionary body. With its directly elected mayor, it was the first in this country to ape the American Presidential system. London’s head of government is also the capital’s head of state, and is not answerable to the London assembly. They can question him, but they cannot get rid of him. He has his own mandate, and can thumb his nose at them if he wants.

One day, this may turn out to be the model for the national republic the Blairites long for, but will never admit they want.

Like their vandalism in the House of Lords, where they trashed the hereditary peers, it was a subtle move towards the day they secretly long for and never discuss in the open — when they abolish the monarchy.

This is a long, burning desire. Blair and his cunning minders always grasped just how vital constitutional reform is to political and social revolution. In their 1997 manifesto, they promised to appoint an ‘independent commission’ to choose a version of PR. It wasn’t very independent.

The main issue had already been decided. The idea that first-past-the-post might be better than PR would not even be considered. This scheme didn’t work out because Labour did too well in the 1997 election, and the Liberal Democrats did badly.

Labour thought it was too strong by itself to need such a change. But now Labour is so weak it will strain to win a majority at the next poll. And in a weird development, Sir Keir Starmer has just ensured a big Liberal Democrat vote, partly at his own expense, by proclaiming he will not take us back into the EU, when millions of Labour voters want just that.

How remarkable if this seeming act of self-harm results in him being able to make a deal with the revived Lib Dems after the election, in return for an instant move to PR. The danger of this is even greater than it looks.

We may be very near the end of British Parliamentary Democracy as we have known it.