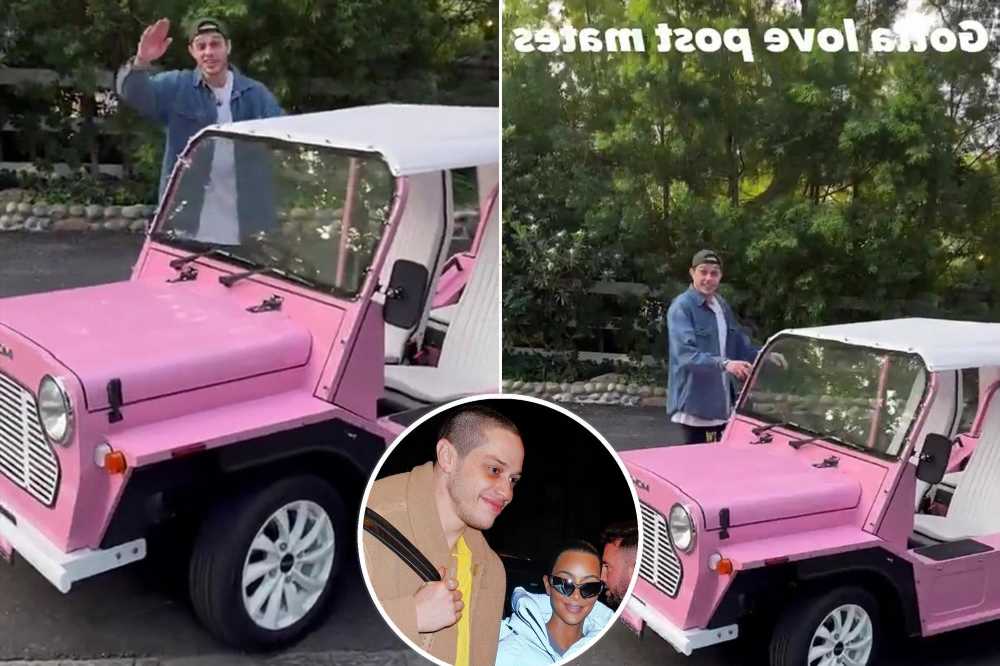 Pete Davidson’s tattoos guide: Photos and meanings behind his ink

Pete Davidson is reaping the benefits of dating a Kardashian.

Scott Disick, Kourtney Kardashian’s ex and father to her three children, posted a video to his Instagram Story Sunday of Davidson, 28, getting into the pink vehicle as they joked that the comedian was a pizza delivery driver.

“Good to see you. Thanks for dropping the pizza off,” Disick, 38, said to Davidson, who replied, “Oh, anytime. Hey, have a good night, all right?”

The former “Flip It Like Disick” star then shouted, “Love Postmates,” referring to the food delivery app.

“Gotta love post mates [sic],” he echoed in the caption of the clip. 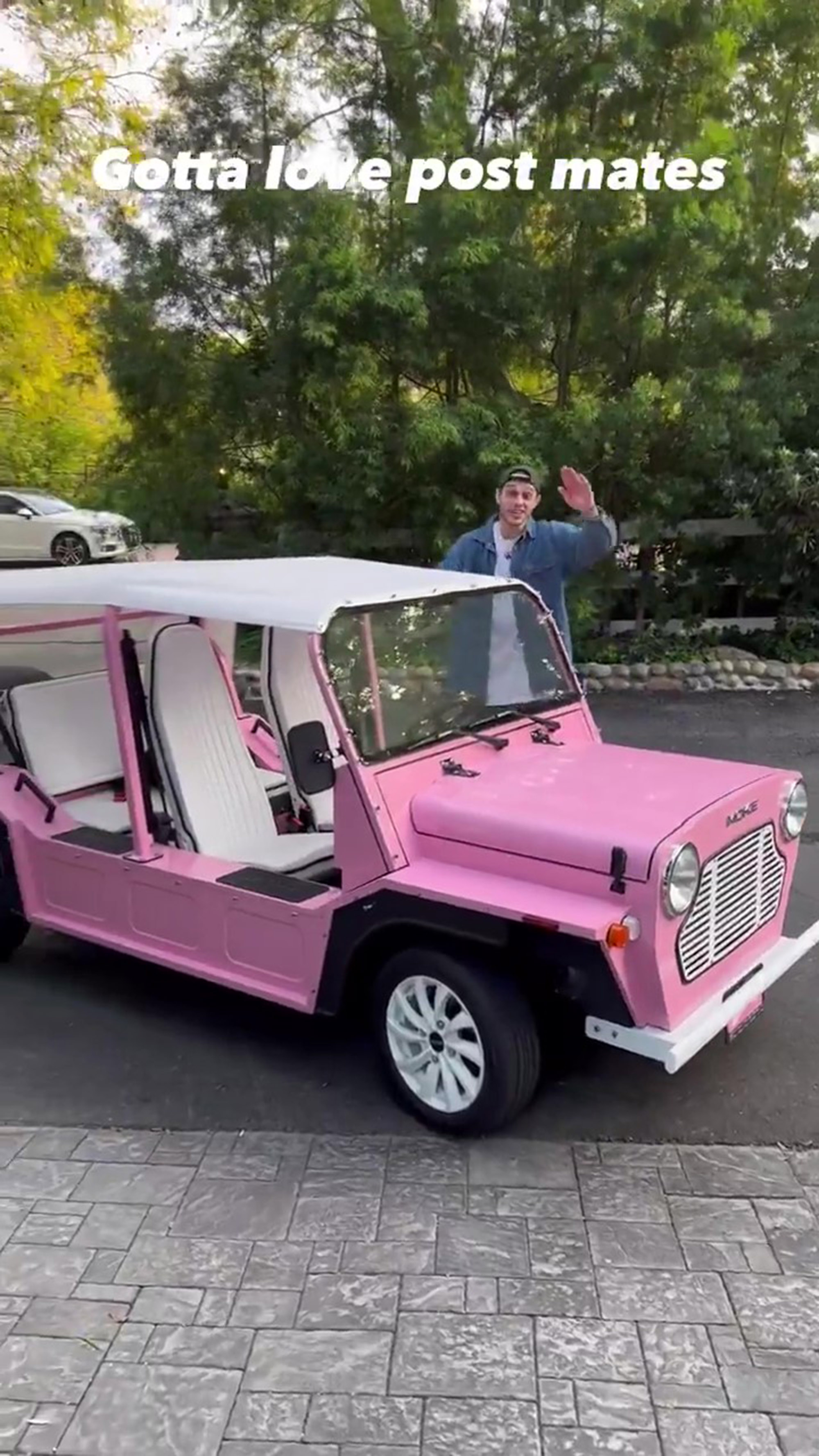 Jenner, 66, dropped approximately $130,000 on Moke cars for all six of her children in December. The momager purchased a plethora of colors including yellow, baby pink, bright pink, white, orange and baby blue.

Kim, 41, and her sister Khloé Kardashian got the pink ones, while Kourtney, 42, and her fiancé, Travis Barker, were gifted a white one with a skull printed on the hood. 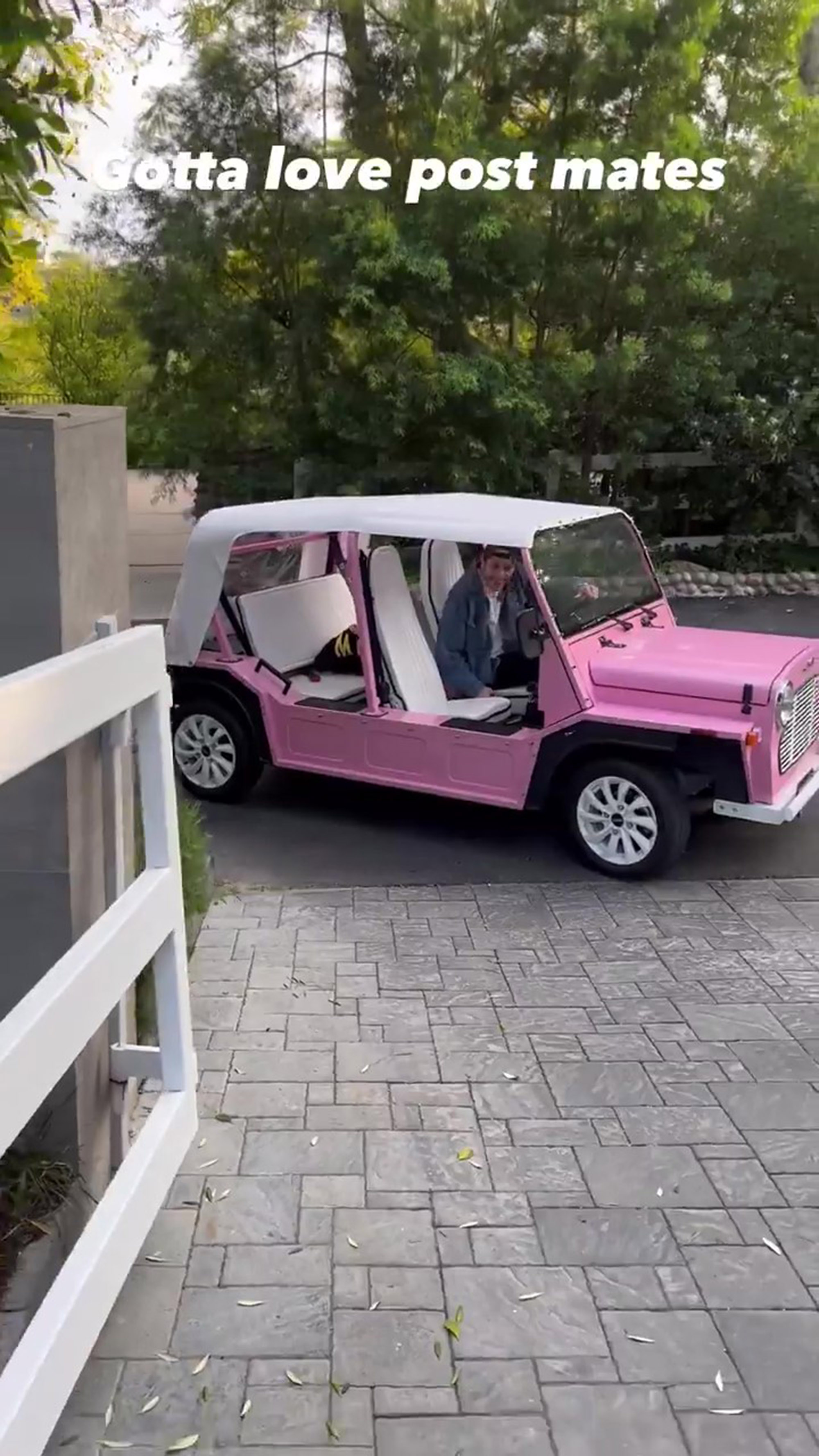 It’s no surprise that Kim lent her car to Davidson to hang out with Disick, as he has been spending more and more time with her squad in recent weeks.

The Staten Island native was spotted enjoying an afternoon with Disick and Barker, 46, at Disick’s son Reign’s baseball game in March. The night before, Davidson took over Disick’s Instagram Story and showed off their wild “boyz night” that featured the Talentless founder and two others sleeping during a movie. 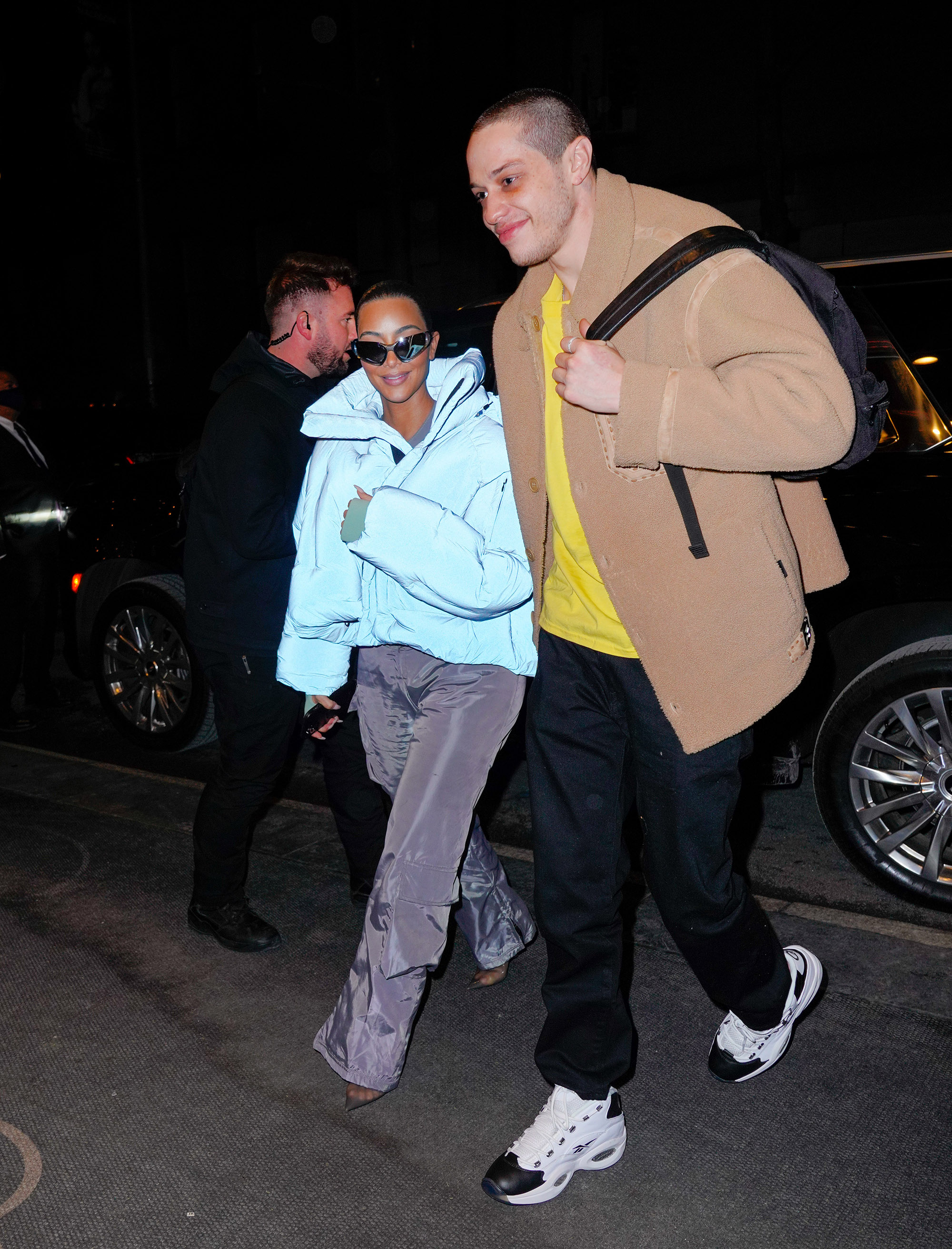 Davidson and Kim, who first sparked romance rumors in October 2021, appear to be getting more serious. She went Instagram-official with him in March and gushed about him on TV just a few days later.

“It feels good. I think it’s just in life, like no matter what it is, I encourage my friends and the people that I love just to be happy, and I went for it,” she said on “The Ellen DeGeneres Show.” “I went for it, and, you know what? I’m in my 40s. Like, f–k it … just go for it, find your happiness.” 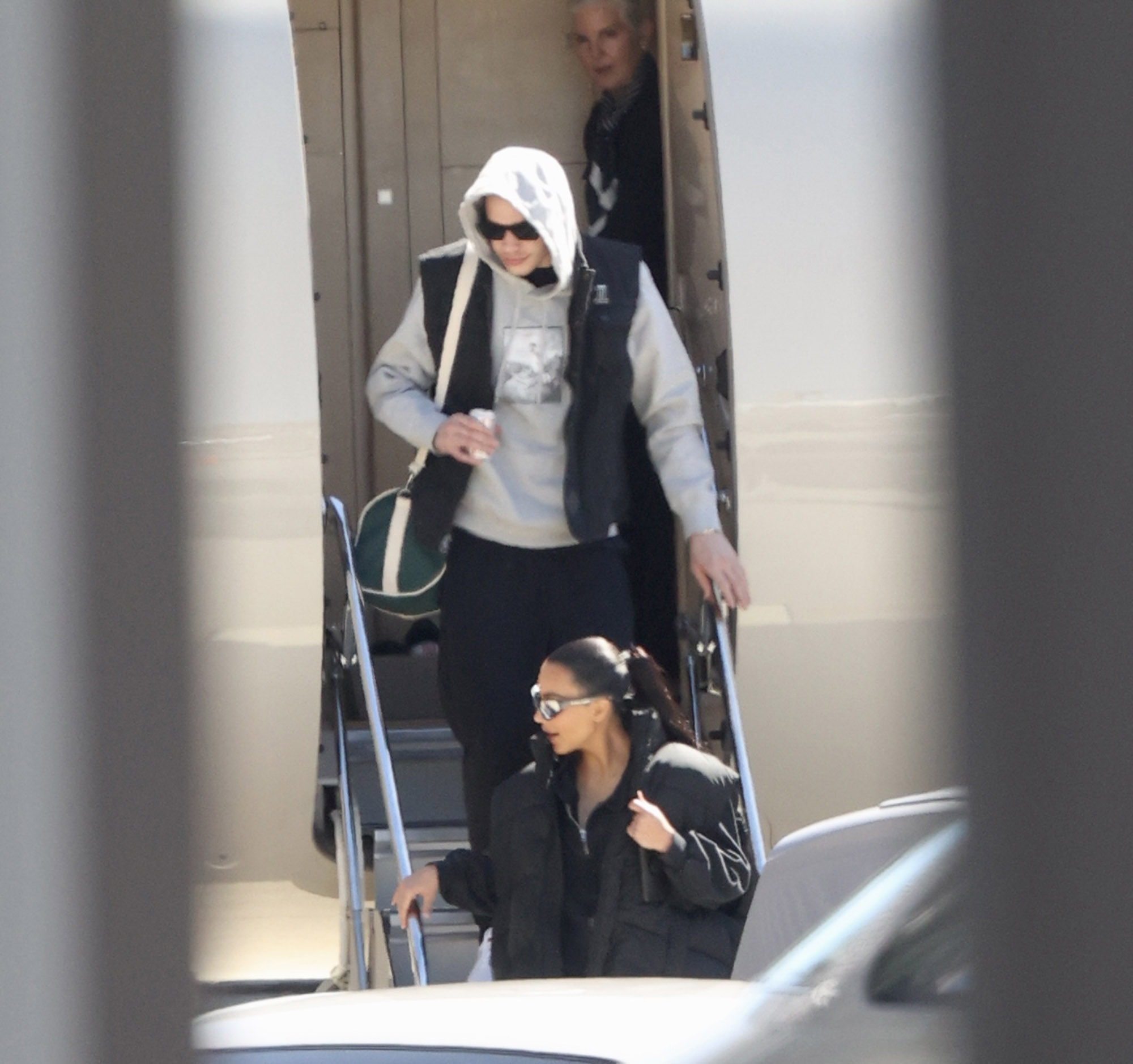 The “Big Time Adolescence” star clearly feels the same about the Skims founder considering he branded “Kim” on his chest along with several other tattoos — including one that says “My girl is a lawyer” — dedicated to his reality star girlfriend.