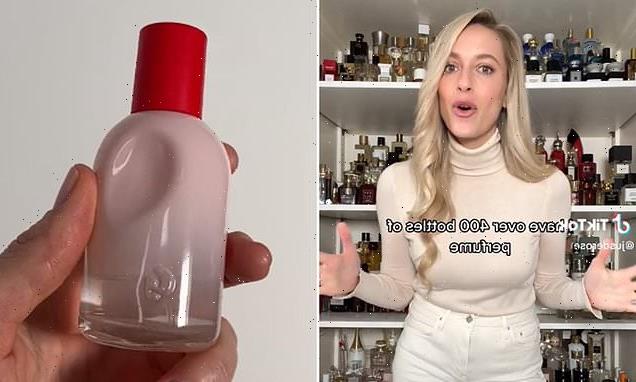 I’m a perfume enthusiast and own more than 400 bottles – here are my five go-to scents, including a high street fragrance I spritz before bed

A perfume enthusiast who owns over 400 bottles of fragrance has revealed her five go-to scents – including an affordable high street offering.

Social media star Josephine, who is originally from Switzerland but based in London, has amassed over 267,000 followers on TikTok thanks to her fragrance tips.

In her latest video, the beauty blogger revealed the five fragrances she could keep if she was forced to whittle down her impressive collection.

To begin with, Josephine says Gris Charnel by BDK – which retails for £140 – was ‘the best Fall Winter fragrance’. 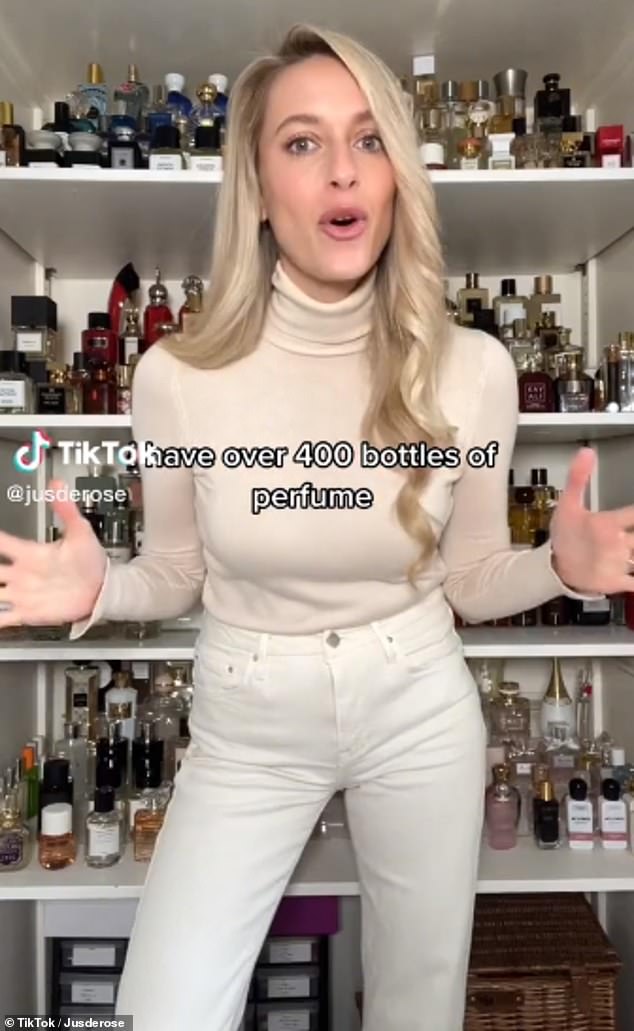 Josephine, who is originally from Switzerland but based in London, has over 400 perfumes in her collection – but revealed what five fragrances she would whittle it down to

With its notes of iris and black tea, Josephine gushed: ‘It smells like a warm. frothy chai latte with little bits of fig in it.’

Next up, the perfume collector picked Armani’s £180 Rouge Malachite – which she dubbed the ‘ultimate date night scent’.

As she spritzed it on her wrists, she added: ‘It’s the sexiest white floral scent I’ve ever smelt.’

Going down in price slightly, Josephine then went on to rave about her £130 bottle of Levant by Ormonde Jayne. 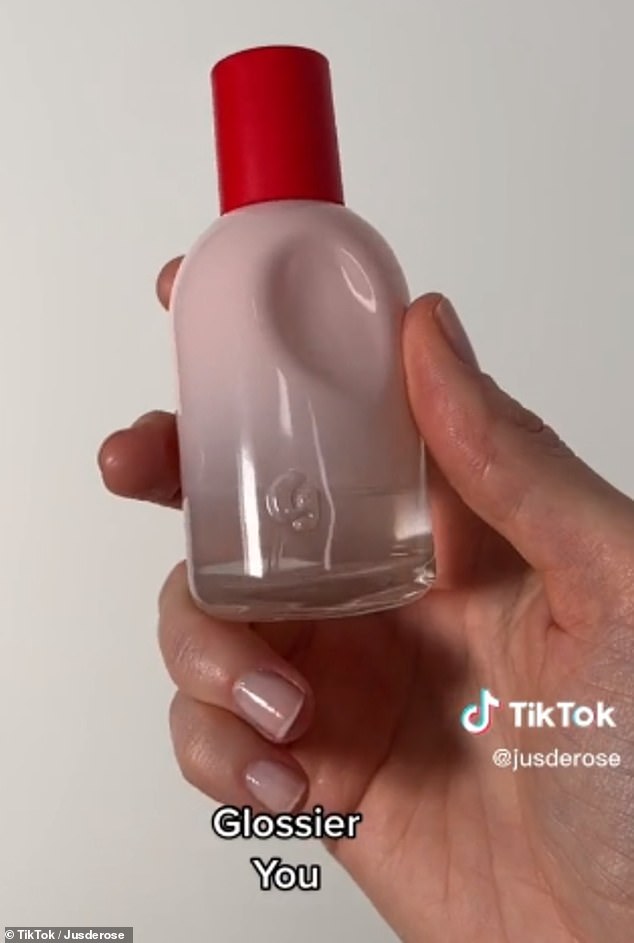 The beauty blogger described Glossier You as a ‘major compliment-getter’. According to Glossier, their best-selling £49 perfume ‘smells a bit different on everyone’ 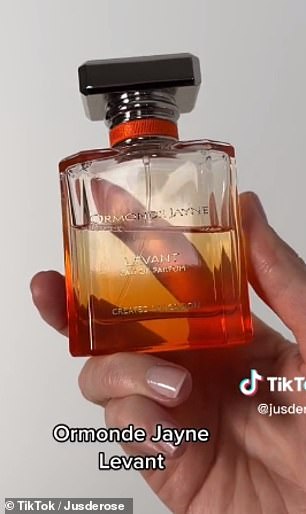 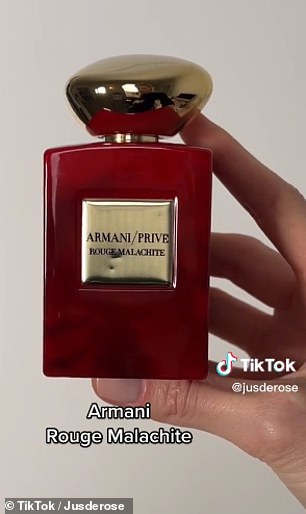 Left: Josephine said her £130 bottle of Levant by Ormonde Jayne was the closest she has to a ‘signature scent’. Right: She called Armani’s £180 Rouge Malachite the ‘ultimate date night scent’

Out of the 400 bottles of perfume she owns, Josephine says this is the closest to her ‘signature scent’.

Highlighting how she’s almost halfway through the bottle, she explained: ‘It smells like peonies and orange blossom. Think of an orange blossom-infused Turkish Delight. So good, super delicious.’

Josephine then went on to gush about Parfums de Marly’s £120 Delina la Rosee fragrance, which has notes of lychee and wood.

‘I love fresh, floral musky scents and this is exactly what this perfume is about,’ she said. ‘It’s really girly, super easy to wear and also really long-lasting.’ 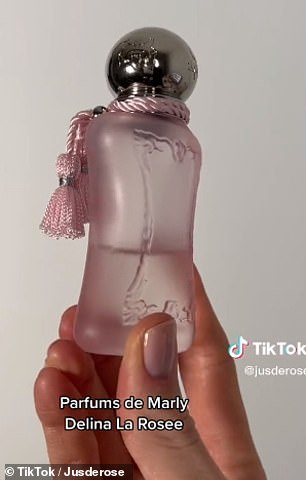 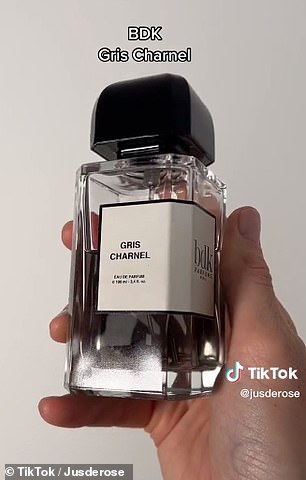 On the more affordable end of side of things, Josephine finished off her video by raving about the £49 Glossier You perfume, which has notes of amber and pink pepper.

She added: ‘This is probably my most worn perfume, I am almost out of this bottle, I spray this just before going to bed.

‘It is calming, relaxing, smells really clean, and is also a major compliment-getter.’

According to Glossier, their best-selling perfume ‘smells a bit different on everyone’ and impressed customers have labelled it ‘the perfect scent’ in the reviews.

The video has gone on to amass almost one million views since it was posted two days ago – and fans went wild over the high street fragrance.

‘Glossier you is my most complimented perfume,’ one viewer commented.

Another added: ‘I’ve had Glossier You and never had so many people asking what my perfume was!’

REVEALED: The ‘luxurious’ £28 gold face mask that leaves skin looking plumper, firmer and glowing in minutes – shoppers call it ‘radiance in a pot’

Beat the bloat: Thousands reveal how they’re easing swelling and cramping with the help of these bestselling supplements – and you can get 20% off

Is a cocktail candle the key to Dry January? With booze the new home fragrance trend HELEN MCGINN gives her verdict on the best buys