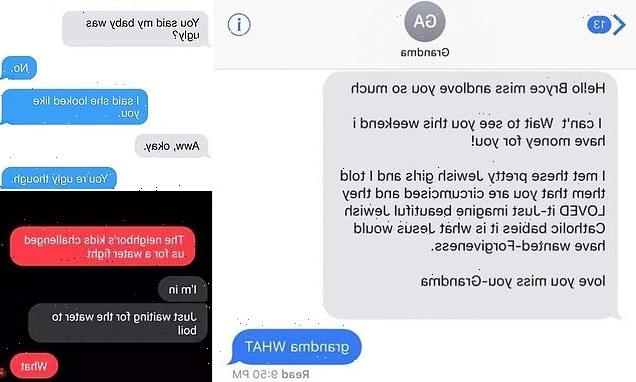 Are these the ODDEST texts ever? People share the strangest messages they have received – from calling a baby ‘ugly’ to a grandmother discussing circumcision

We have all received messages that can be misunderstood or misconstrued – as tone doesn’t always translate in text.

As such, Ranker has collected some of the most confusing, disturbing and downright terrifying texts that people have received.

One girl in the US, sent an ominous, horror-stricken picture of a Furby with a knife to her so-called friend.

Meanwhile another man was horrified to receive a text from his grandma admitting that she had been discussing his circumcision with a group of young girls, in a bid to find him a partner.

Here, FEMAIL rounds up some of the most hilarious, scary and baffling texts that people have received… 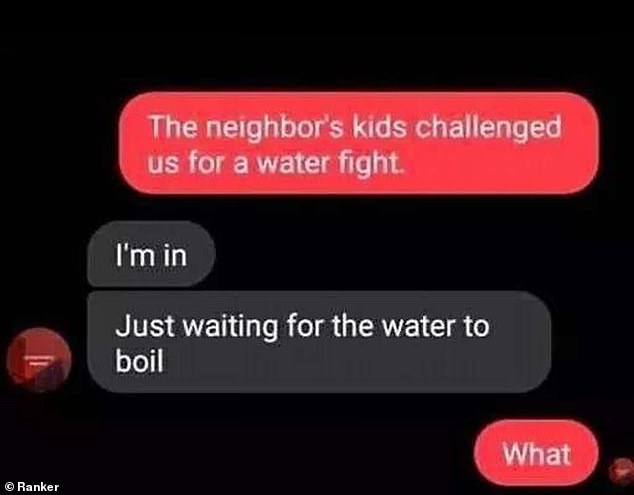 Run kids run! Somewhere in the US there is a group of terrified children running away from a kettle. Unless, this has been misinterpreted and this person meant they would have a cuppa first before joining in the water fight 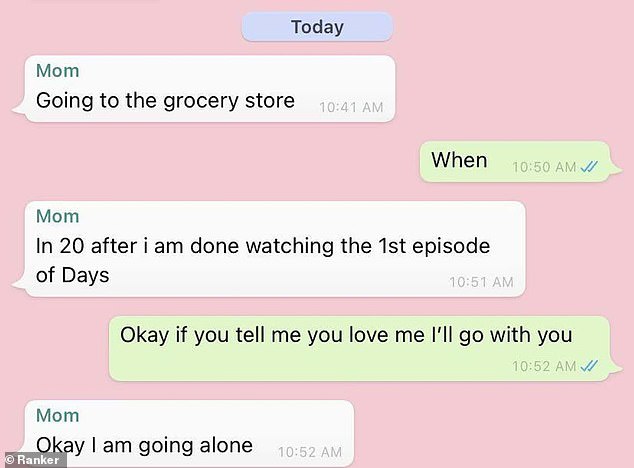 Love me please! One mother in the US said she was going to the shops, but when her child asked for love and to join she gave them a sharp no 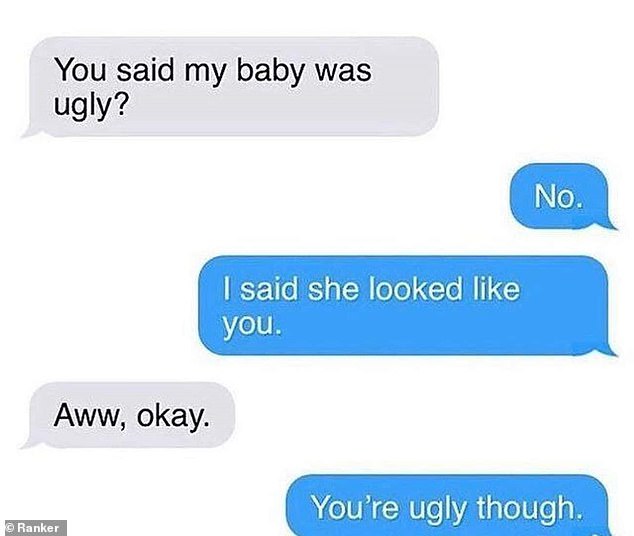 And now it’s awkward! There’s nothing worse for new parents than someone calling their baby ugly, no matter how it’s dressed up 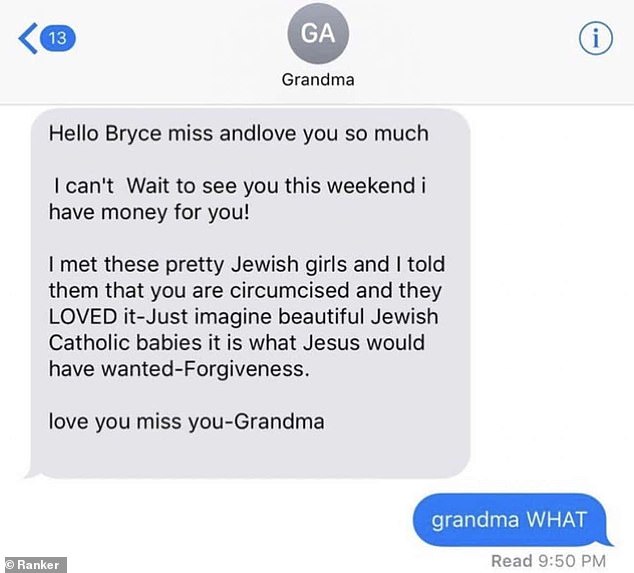 Grandma stop it! One man, from the US, was horrified when he read this text from his granny, explaining how she had been trying to set him up with some girls, leading with his circumcision 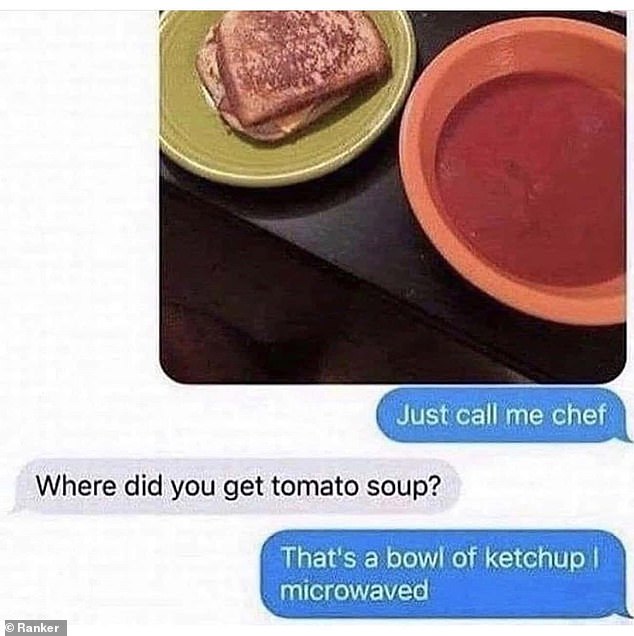 Love it or hate it? This woman from the US most likely won’t be getting a chef title anytime soon 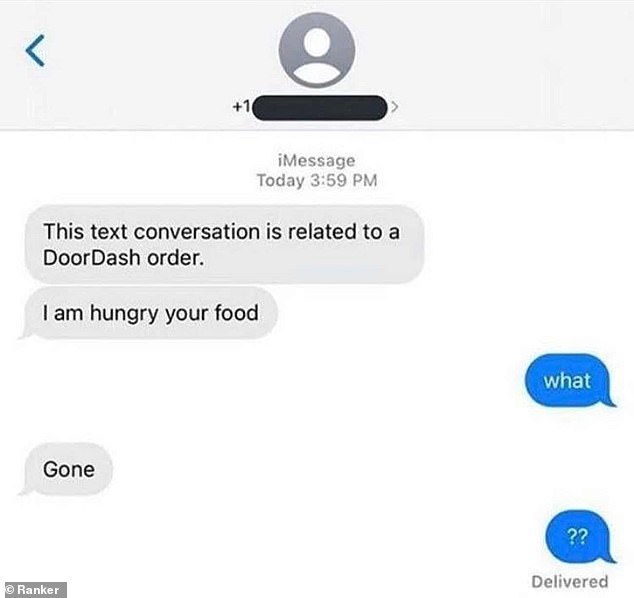 Can I get a refund? Elsewhere in the US, there is one very confused and hungry person wanting their delivery. However, it sounds as if the driver needed a snack on his rounds… 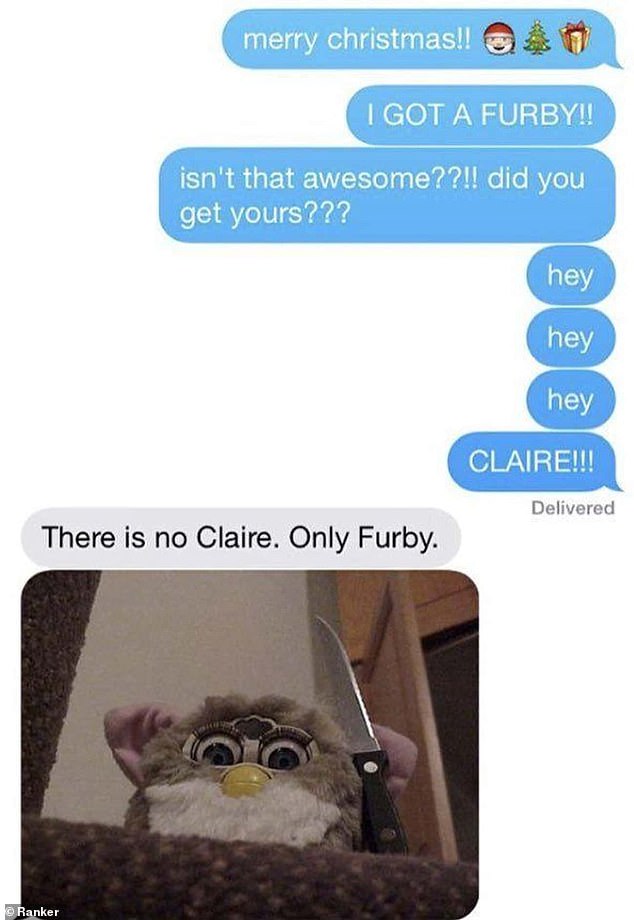 Furby takeover! In the US, one woman was surprised when a friend messaged a photograph of the toy posing with a knife 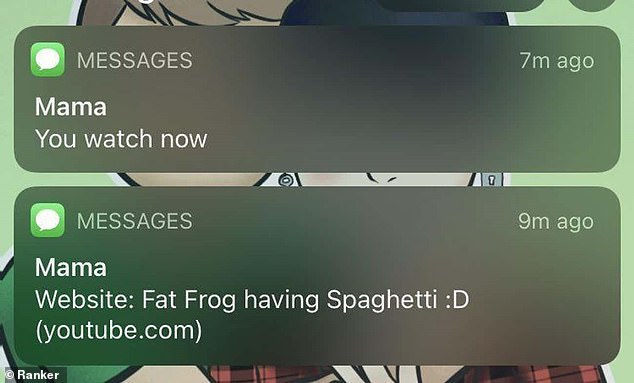 Essential viewing! One person was a little surprised after their mother messaged them a video of a frog eating spaghetti – before apparently demanding they watch it 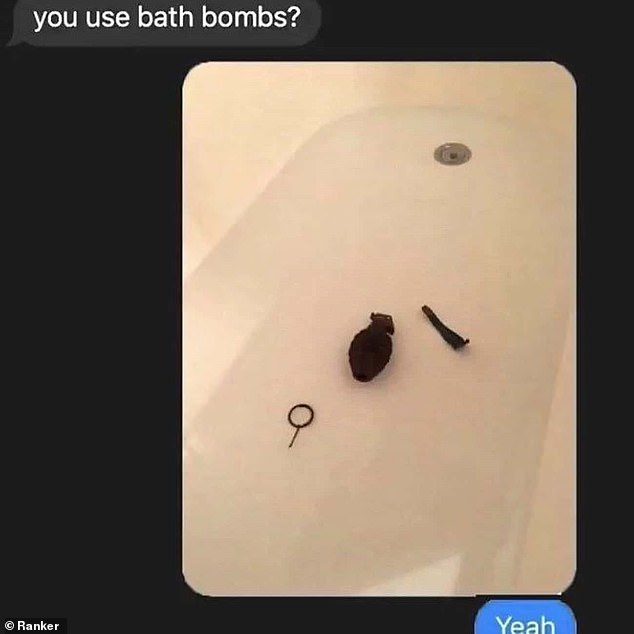 Bubbles anyone? This person wasn’t lying when they admitted to using bath bombs – but not the kind you can buy from a local high street store 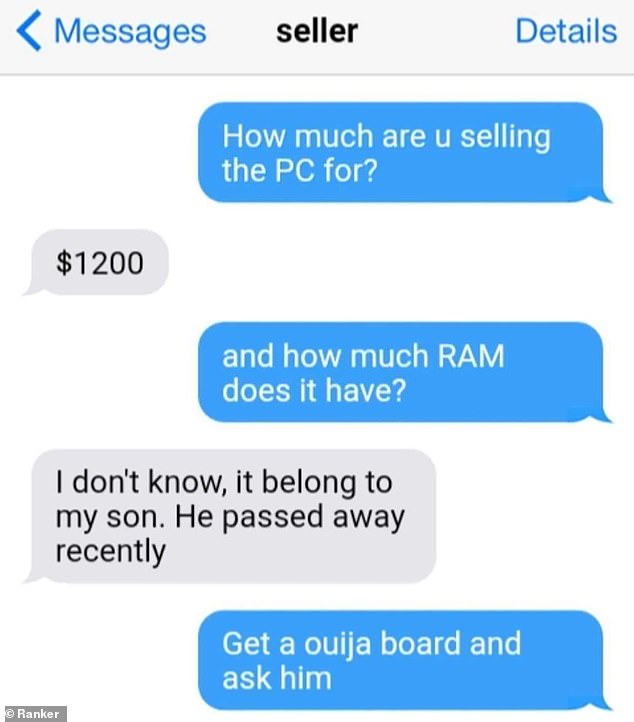 Shocking! One person, from the US, who appeared desperate to buy a PC, asked the seller if they could use a ouija board to ask their late son about the computer 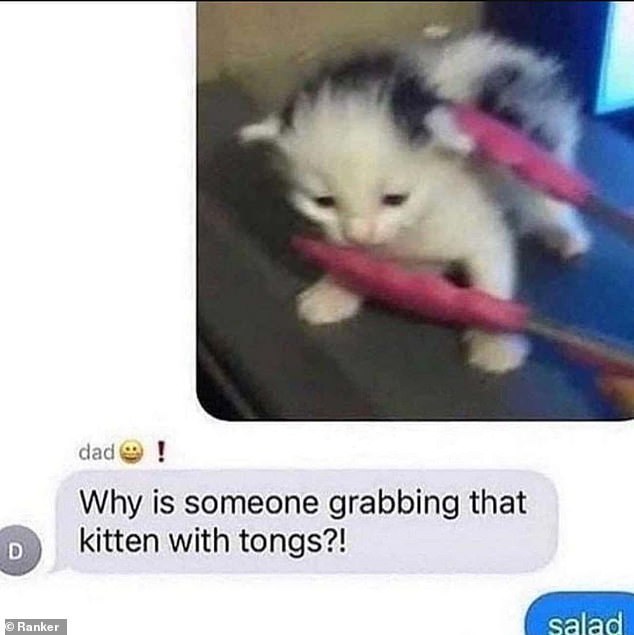 Bon appetite! This father, from an unknown location, is probably questioning his parenting techniques after his child alluded to putting their new kitten into a salad

Honey I lost the kids! Most will be really hoping that this person is joking when they are asking their partner if they have the baby