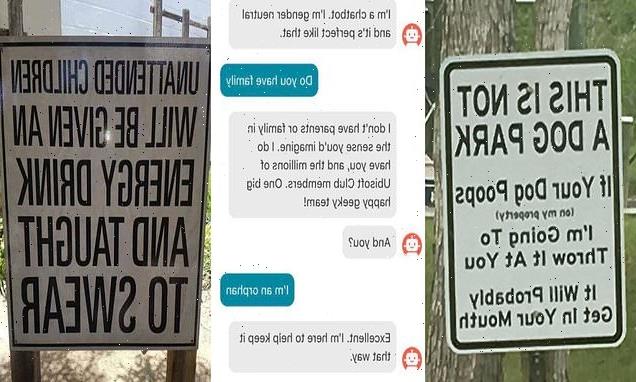 A sign not to mess with them! Social media users share the most shocking and hilarious threats they’ve come across – from giving unattended children energy drinks to throwing poo at a dog

People from around the world have been sharing the very threatening messages they have sent for those who crossed them.

From the US to Thailand, some people decided to get creative and send not-so-veiled threats, either on social media or even street signs.

And the best and funniest menaces have been shared on the online trivia website Bored Panda.

One person come across a sign in Thailand which had strong words to deter people from parking on spots with disabled access.

Another person threatened dog owners who let their pets relieve themselves on their property – and warned they would throw their poo at them. 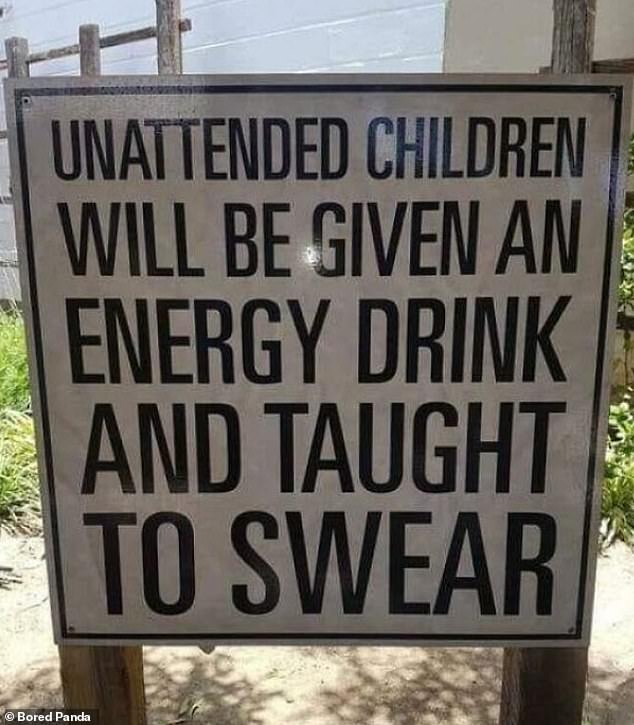 These people have turned sending threats to the people who crossed them into an art. One parent from the US erected this hilarious sign suggesting they were fed up of ‘unattended children’ – and would give them an energy drink 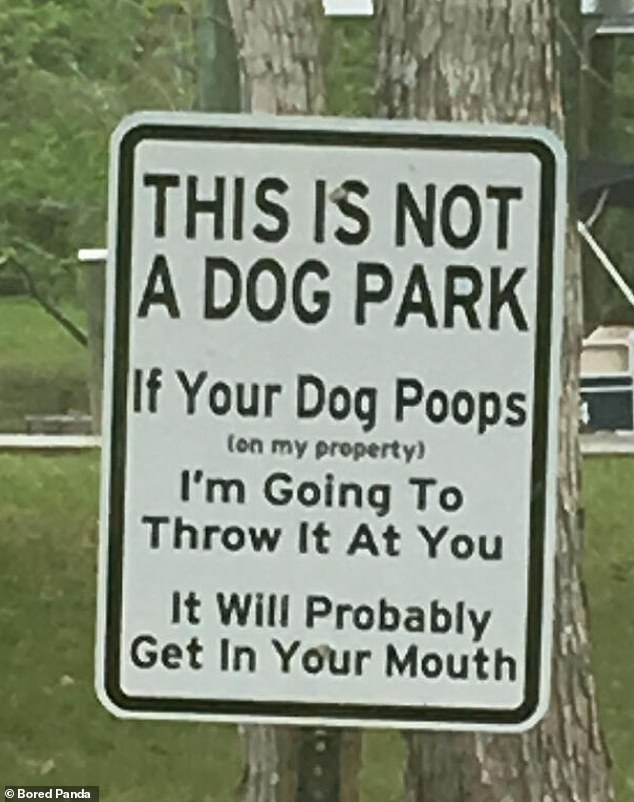 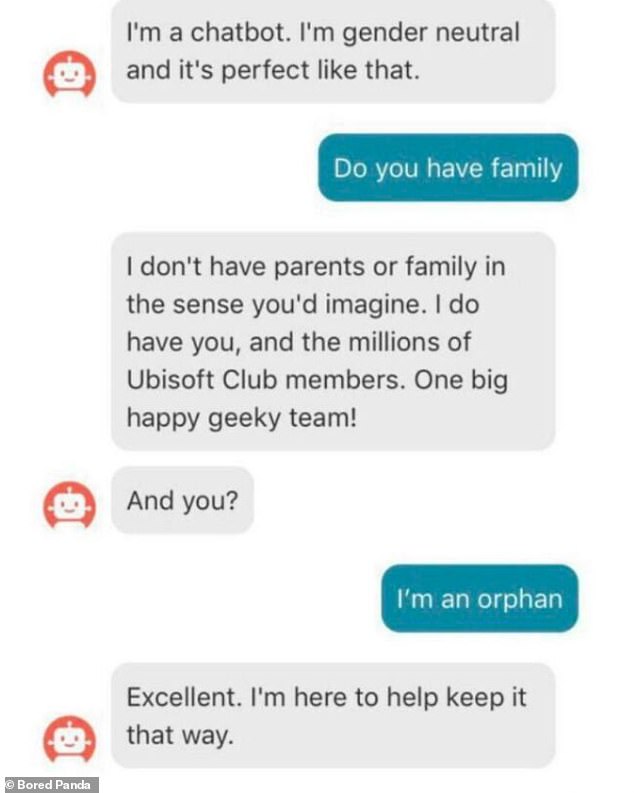 Creepy! One person was left feeling a little threatened after an online bot sent an eerie message about their life as an orphan

That’s one way to deal with trolls! One person, from Nevada, came up with a very sophisticated threat while replying to one threatening person on Twitter 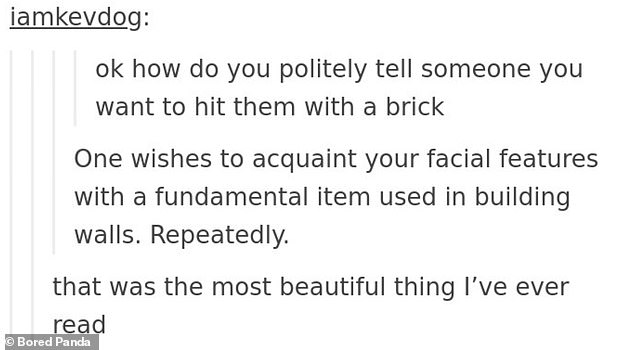 Almost making this threat nice to hear! One social media user came up with a very elegant  way of saying they wanted to hit the other 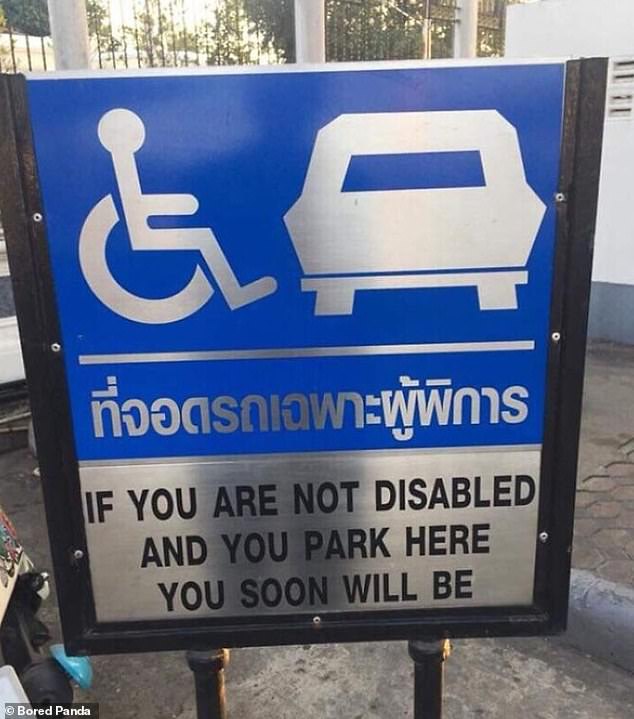 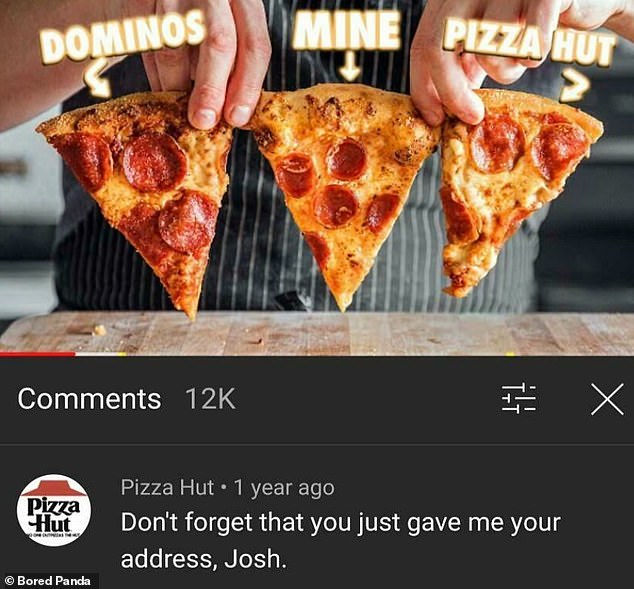 I know where you live! One food enthusiast who compared his own pizza to the professionals was left stunned when Pizza Hut posted a comment 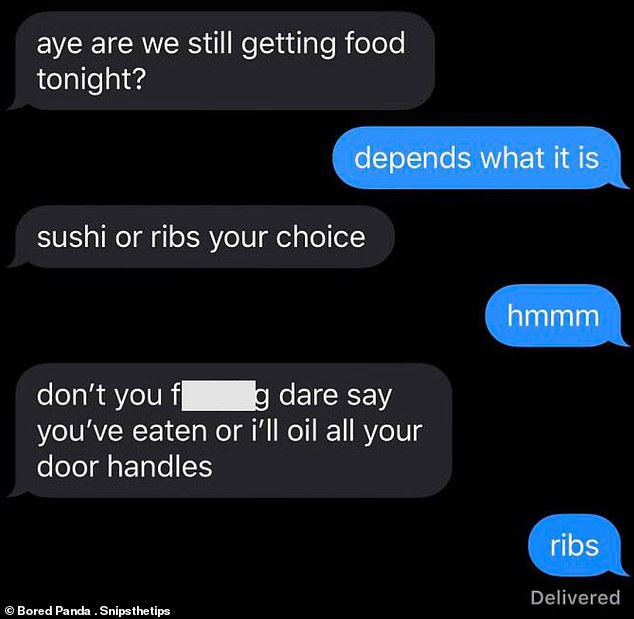 Truly evil! One Snapchat user shared a Machiavellian plan for revenge that involved a coat without a zipper 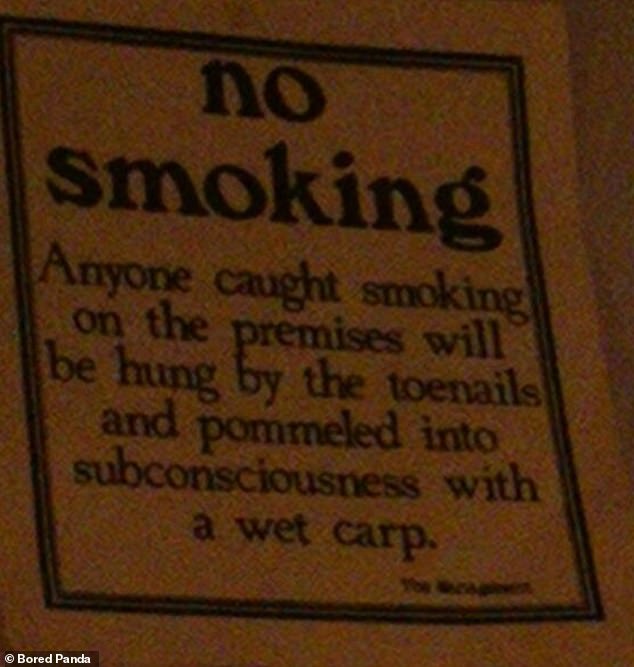 Well that’s one way to get the job done! This US restaurant’s management threatened to hang anyone who tried to smoke inside by the toenails

Another man, in the US, shared a tweet warning others ‘not to cross him’ or else he would ‘play your least favourite