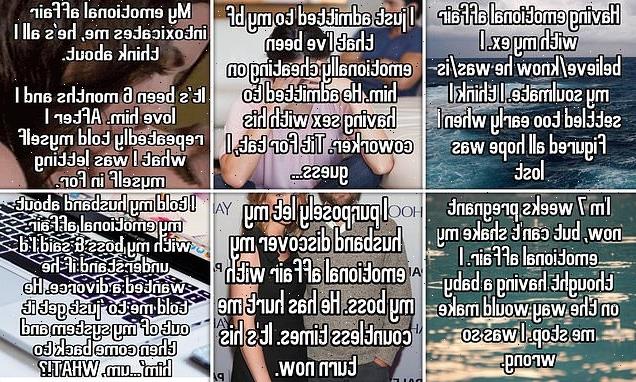 ‘I’m seeing my best friend’s husband’: People share eye-opening stories of their emotional affairs – from an employee who had her boss fired to a scorned wife who wanted revenge

There is no sex in an emotional affair – but these confessions prove they can still be just as damaging as full-blown infidelity.

People from around the world took to US-based secret sharing app Whisper to share details of their illicit relationships, including one woman who started seeing her boss.

Another unfaithful wife told how she is embarking on an emotional affair with her best friend’s husband. Meanwhile one man said he can’t cut off communication with his ex.

Here, FEMAIL shares some of the most eye-opening revelations… 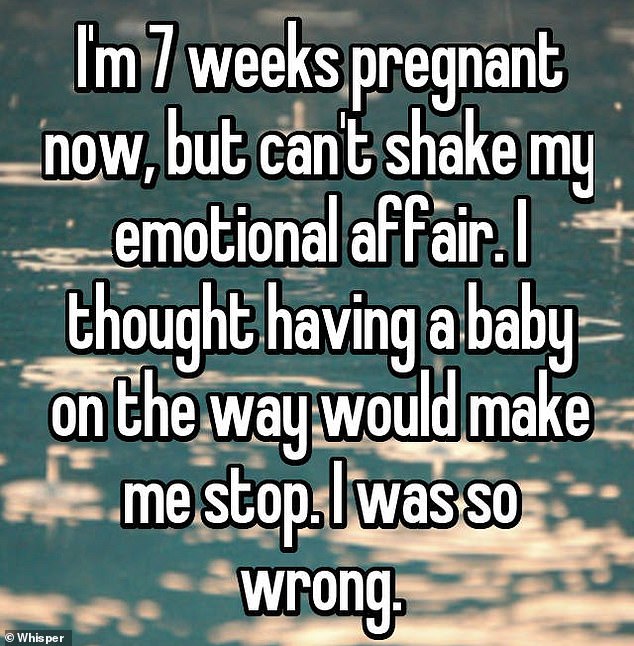 Can’t stop: This mother-to-be can’t end her emotional affair even though she is expecting a baby with her current partner. It is just one of the shocking confessions shared on Whisper 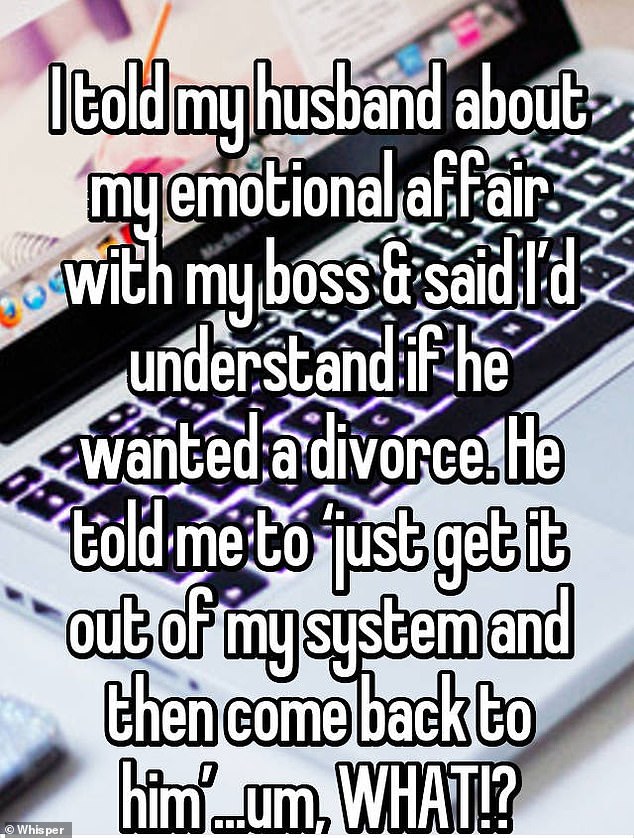 Understanding? Or unbothered? A woman was surprised by her husband’s laid-back reaction to discovering she had been having an emotional affair with her boss 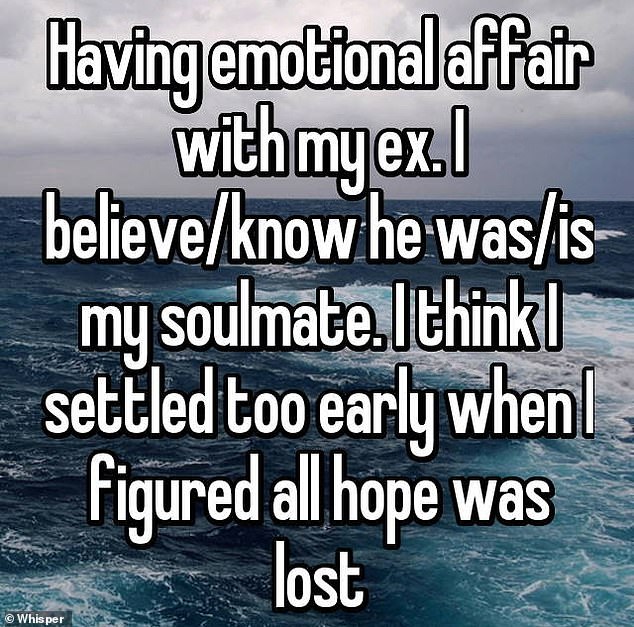 The one who got away? This person from Brunswick, Maryland, is seeking comfort in their ex who they believe is their ‘soul mate’ – despite being in a relationship with someone else 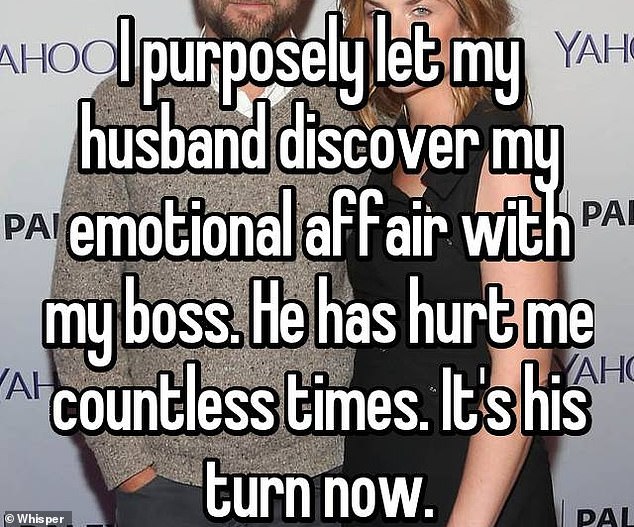 Payback: This scorned wife knew exactly what she was doing when she started an emotional affair with her boss – and has no regrets 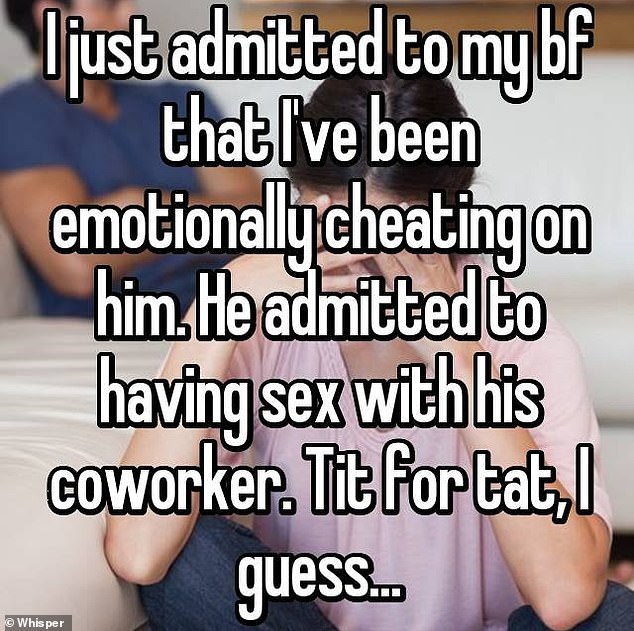 Sometimes two wrongs do make a right: This woman from Memphis, Tennessee, seemed able to forgive her boyfriend for his indiscretion after confessing her own emotional affair 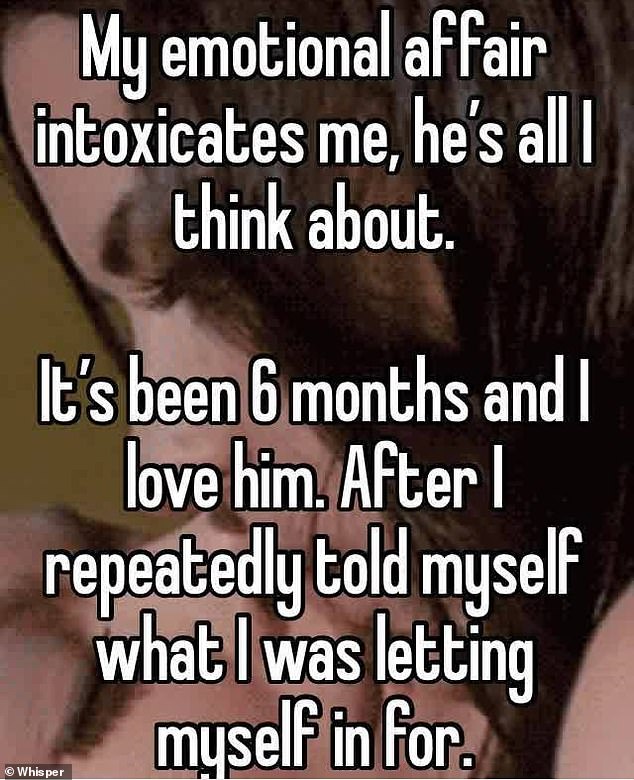 Caught up in the excitement: This cheater from Redvales, Greater Manchester, has fallen in love with the person they started up an emotional affair with – and isn’t surprised 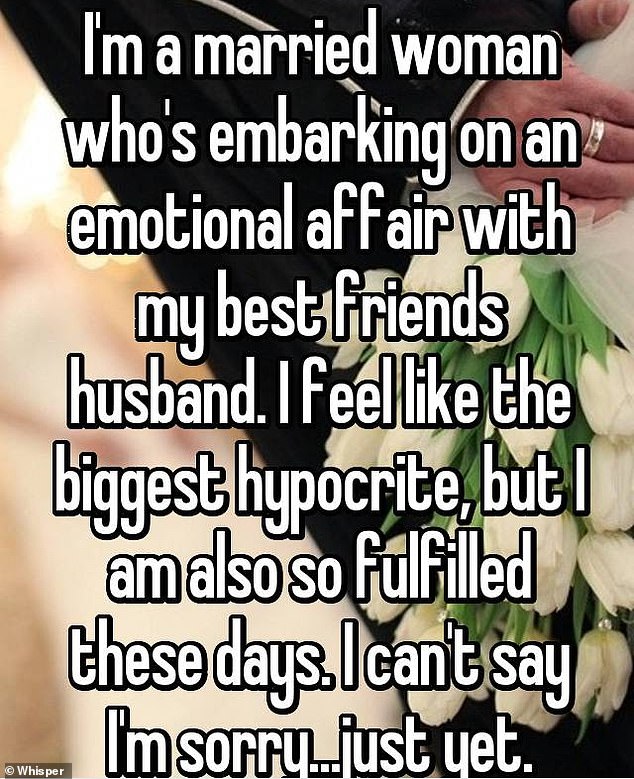 Wrong but it feels so right: This married woman from North Bay, Ontario, is delving deeper with her best friend’s boyfriend and refuses to stop the affair 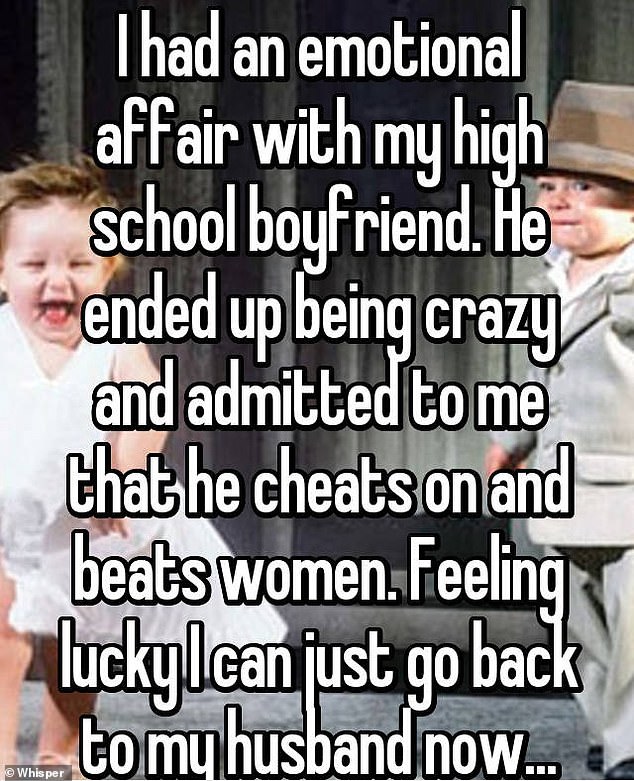 A shocking discovery: This woman from Silver Springs, Florida, sought refuge back in her husband’s arms after straying 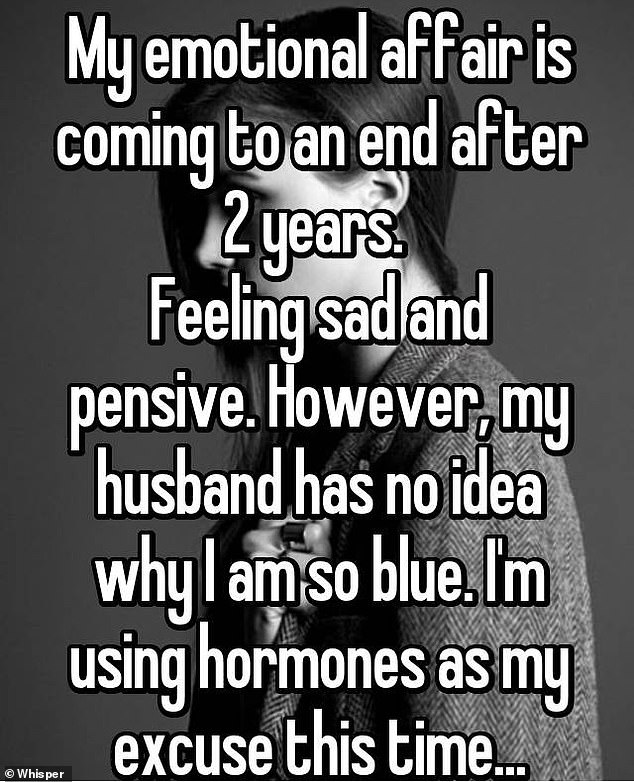 Keeping the truth hidden: This woman from Houston, Texas, won’t tell her husband that another man is behind her tears 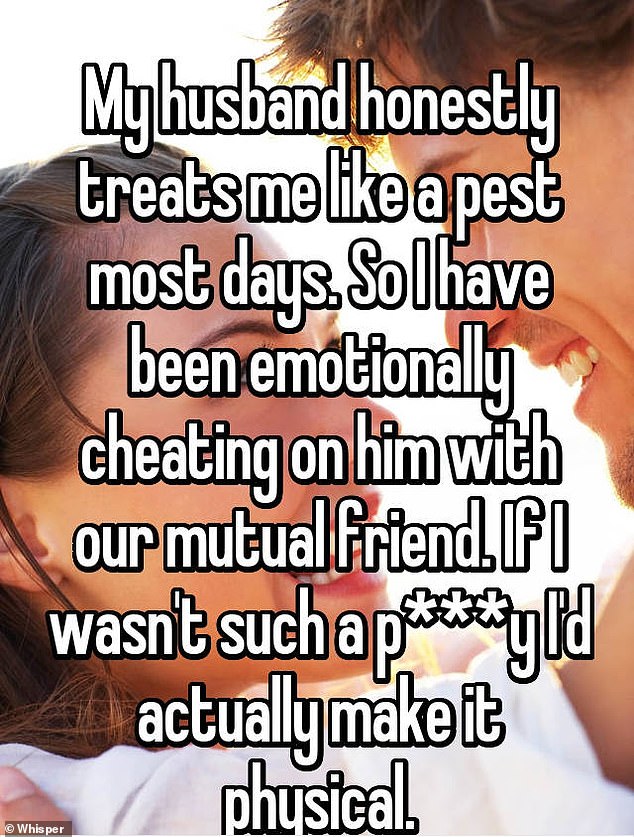 Wanting something more: This unfulfilled wife is thinking about taking the next step in her affair 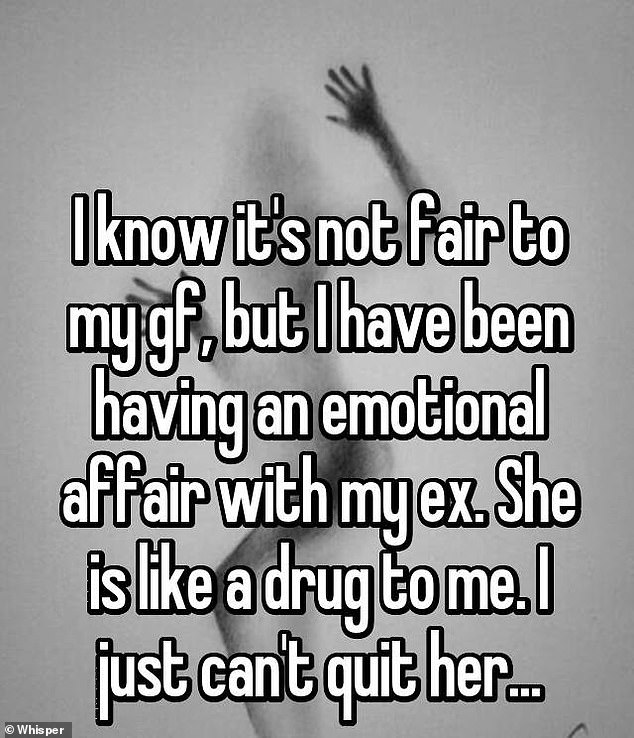 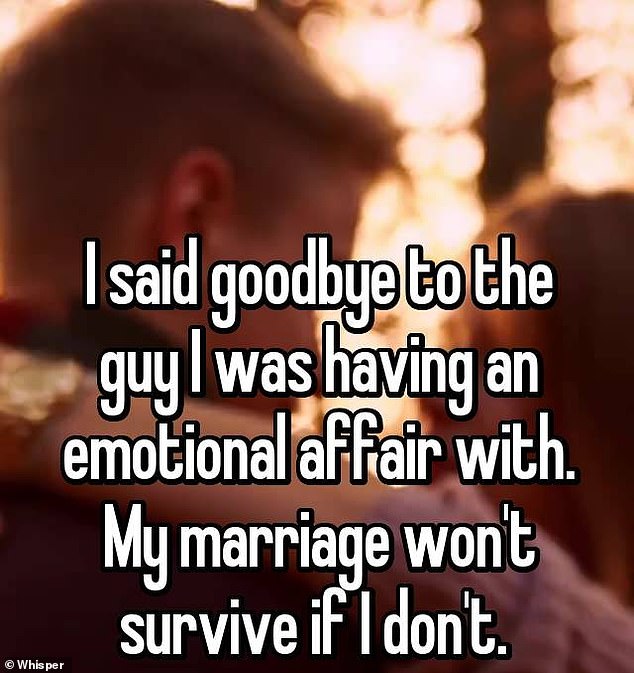 Ready to move on: This woman from Santa Maria, California, is prepared to put her marriage first 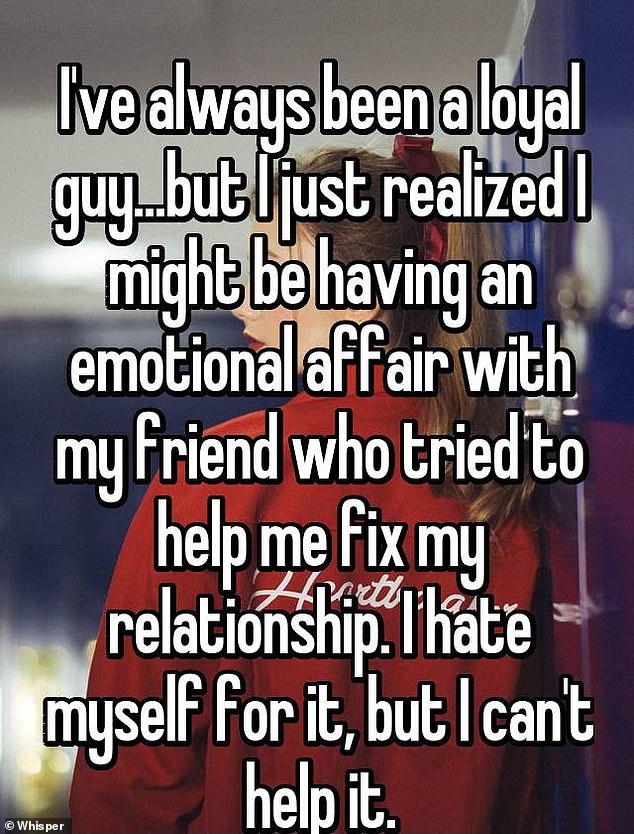 Too close for comfort: A Canadian man from Sunnyside, British Columbia, turned to his female friend for help… but realises he might have crossed a line in the relationship 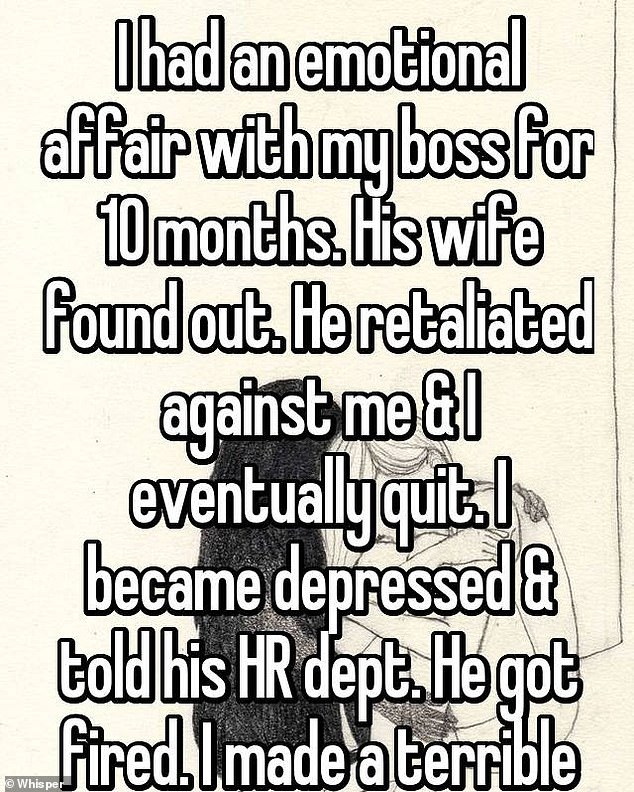 Catching him out: This woman from Richmond, Virginia, had her boss fired after their affair 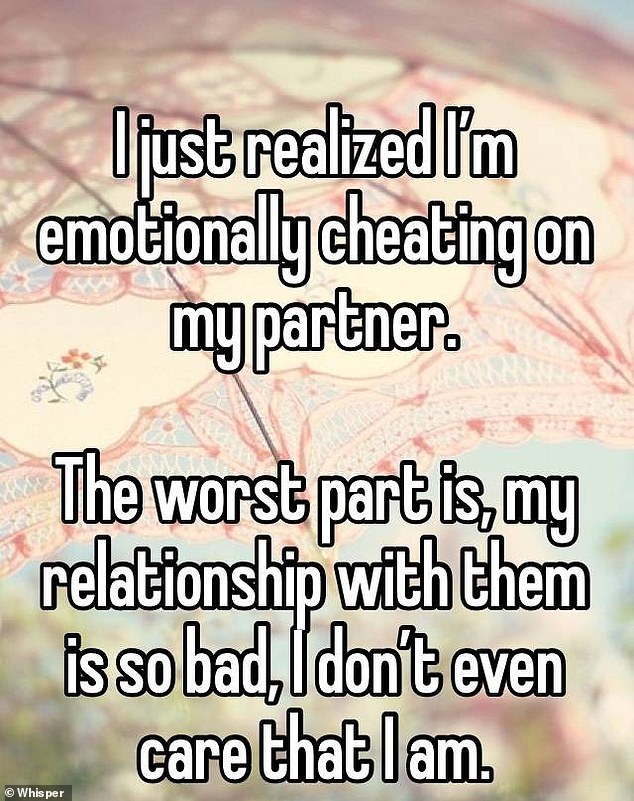 Time to call it quits: This person from Norwich was so unhappy in their relationship they turned elsewhere for an emotional bond 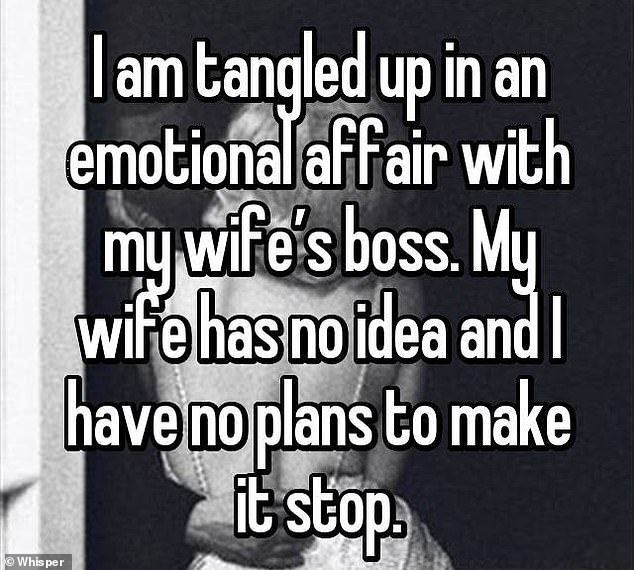 Crossing boundaries: This husband from Sandisfield, Massachusetts, is betraying his wife on every level