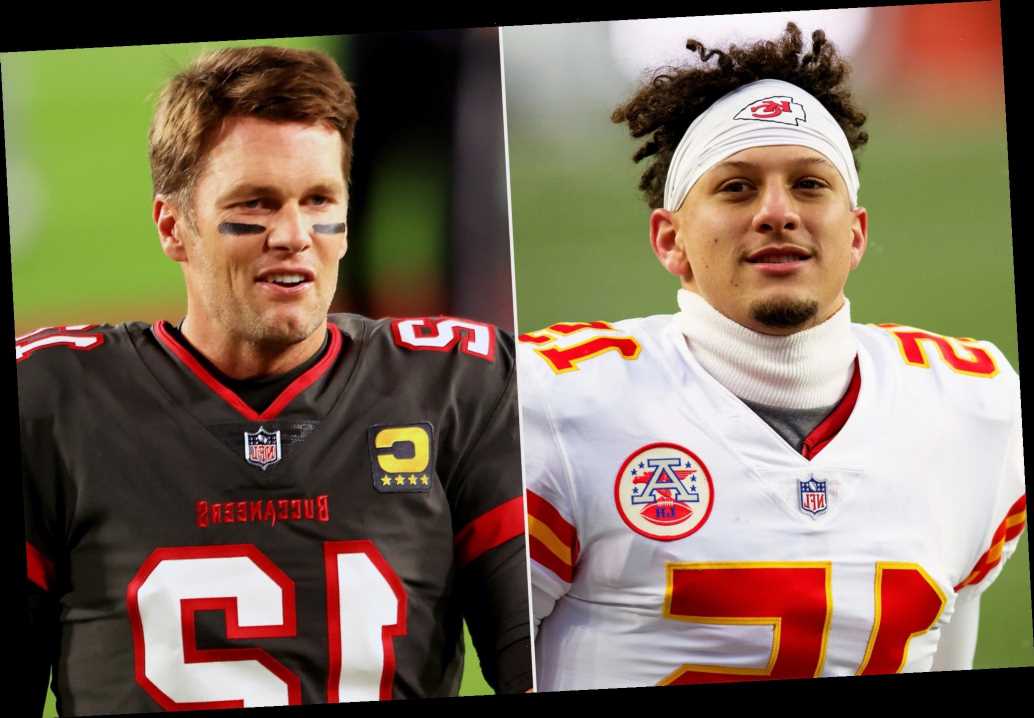 Patrick Mahomes is about to go head-to-head with Tom Brady, but the face-off looks different than he would have expected.

The Kansas City Chiefs quarterback, 25, is set to take on Brady, 43, and the Tampa Bay Buccaneers on Sunday for Super Bowl LV, coming off Mahomes' victory at Super Bowl LIV last year. During an appearance on The Dan Patrick Show Thursday, Mahomes expressed what it's like to be taking on Brady, who has six Super Bowl titles to his name.

"If I would've told you back in college, 'one day you're going to go toe-to-toe with Brady in the Super Bowl,' what would you have said at that point," Patrick asked Mahomes, who shared his surprise at Brady's team-switch after two decades with the New England Patriots.

"I didn't know he'd be on the Tampa Bay Buccaneers, I'll tell you that," Mahomes said with a smile. "… It's special. I've had a great start to the career but it's because I'm in a great organization with a lot of great people around me. I just try to take advantage of all the opportunities that I've been given and don't take them for granted."

"I understand that it's been a blessed situation, and I'm gonna try to do whatever I can to get another Super Bowl ring," he added. Want to get the biggest stories from PEOPLE every weekday? Subscribe to our new podcast, PEOPLE Every Day, to get the essential celebrity, entertainment and human interest news stories Monday through Friday. Get a taste of the podcast below.

Mahomes — who is currently expecting his first child with finacée Brittany Matthews — previously helped lead the Chiefs to a Super Bowl victory in 2020, for which he was named Super Bowl MVP.

The Weeknd is set to perform during the halftime show this weekend, and while the NFL has not confirmed plans for the segment, it is unlikely fans will be allowed onto the field like in previous years due to pandemic protocols.

The Buccaneers and the Chiefs are facing off at Super Bowl LV on Sunday in Tampa. The game will air on CBS at 6:30 p.m. EST on Feb. 7.