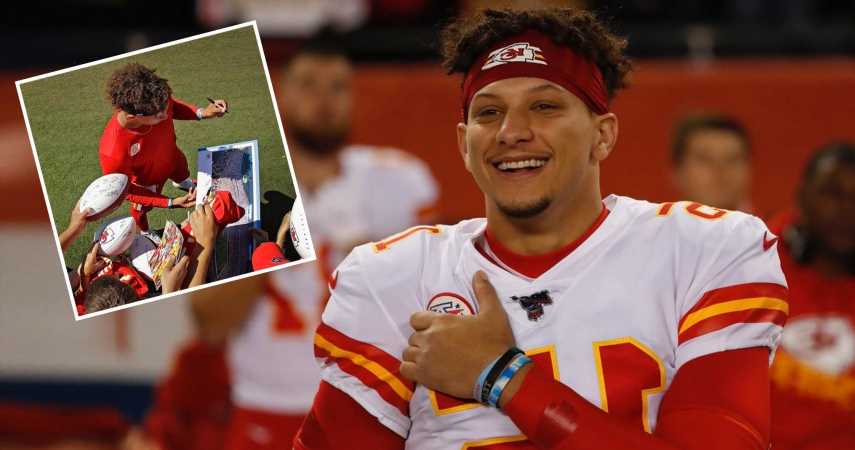 Trading cards are known to make auction houses a pretty big profit. Buyers will spend thousands, even millions of dollars on rare Pokémon cards and other big time catches. Though some of the highest bids go for sports cards from the olden days.

Space Jam: A New Legacy star Lebron James recently broke the record for buying the most expensive basketball card at $5.3 million. In May, a rare Wayne Gretzky card sold for $3.7 million.

The most recent big time sale came yesterday, when someone bought a rookie card of Patrick Mahomes that was auctioned off for $4.3 million – breaking the record for the most expensive basketball card in history.

RELATED: Topps Of The Upper Deck: The Largest Baseball Card Collection On Earth

The record was previously broken by a 2000 Playoff Contenders Championship Ticket of Tom Brady, which was bought for $3.1 million back in March.

Though, the recent sale of the 2017 National Treasures NFL Shield card of Patrick Mahomes smash the record by selling for almost a whole million dollars more. The purchase was made on Wednesday through a private sale at PWCC Marketplace. The card was practically mint – rating NM-MT+ 8.5 in quality.

The historic sale was made by an online store based in New Albany called LId’s Card Shop. The shop has intentions of building a brick and mortar store in the new future. Rare cards like this one would definitely bring some pretty big spenders. According to Fox 4 Kansas City, the Patrick Mahomes card is the a 1-of-1, which makes it extremely rare.

“This is one of the most desirable and important modern day trading card assets in our entire market and is the most sought-after Patrick Mahomes card on the planet,” PWCC Marketplace’s director of business development Jesse Craig said in a statement, “We are very pleased to bring buyer and seller together to broker this truly one-of-a-kind piece.”

This season Mahomes hopes to lead the Chiefs all the way to the Super Bowl.

It’s going to be a challenge,” he told Today “(Making three straight Super Bowls) doesn’t happen a lot, but all you can do is put the work in every single day and hope that it’s enough.”

He’s pretty confident though. He’s even postponing his wedding to Brittany Matthews until the season is over.

“We tried to get a lot of it knocked out before the season. It’ll be kind of a smaller one, and for the most part we’ll have family and friends there.”

Read Next: The Seven Richest Football Club Owners On Earth