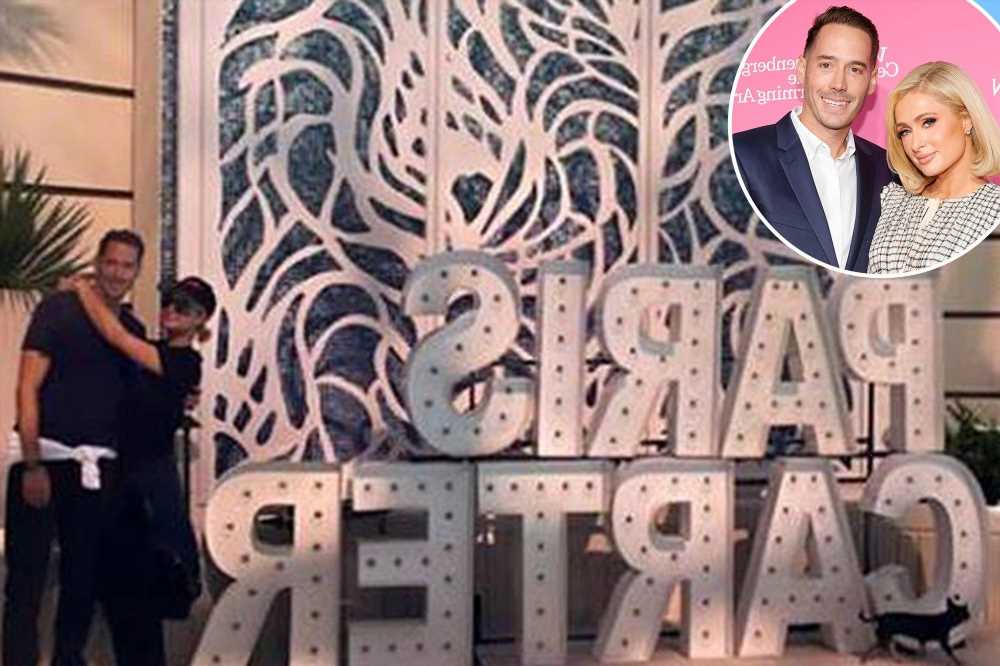 There’s “Nothing In This World” that Paris Hilton would rather do than party in Las Vegas with her future hubby, Carter Reum.

Hilton and her venture capitalist fiancé, both 40 years old, hopped on a private jet to Sin City over the weekend, where the red carpet was rolled out for their joint bachelor and bachelorette bash.

Naturally, the lavish soirée was well documented on social media by Hilton and her guests of honor. 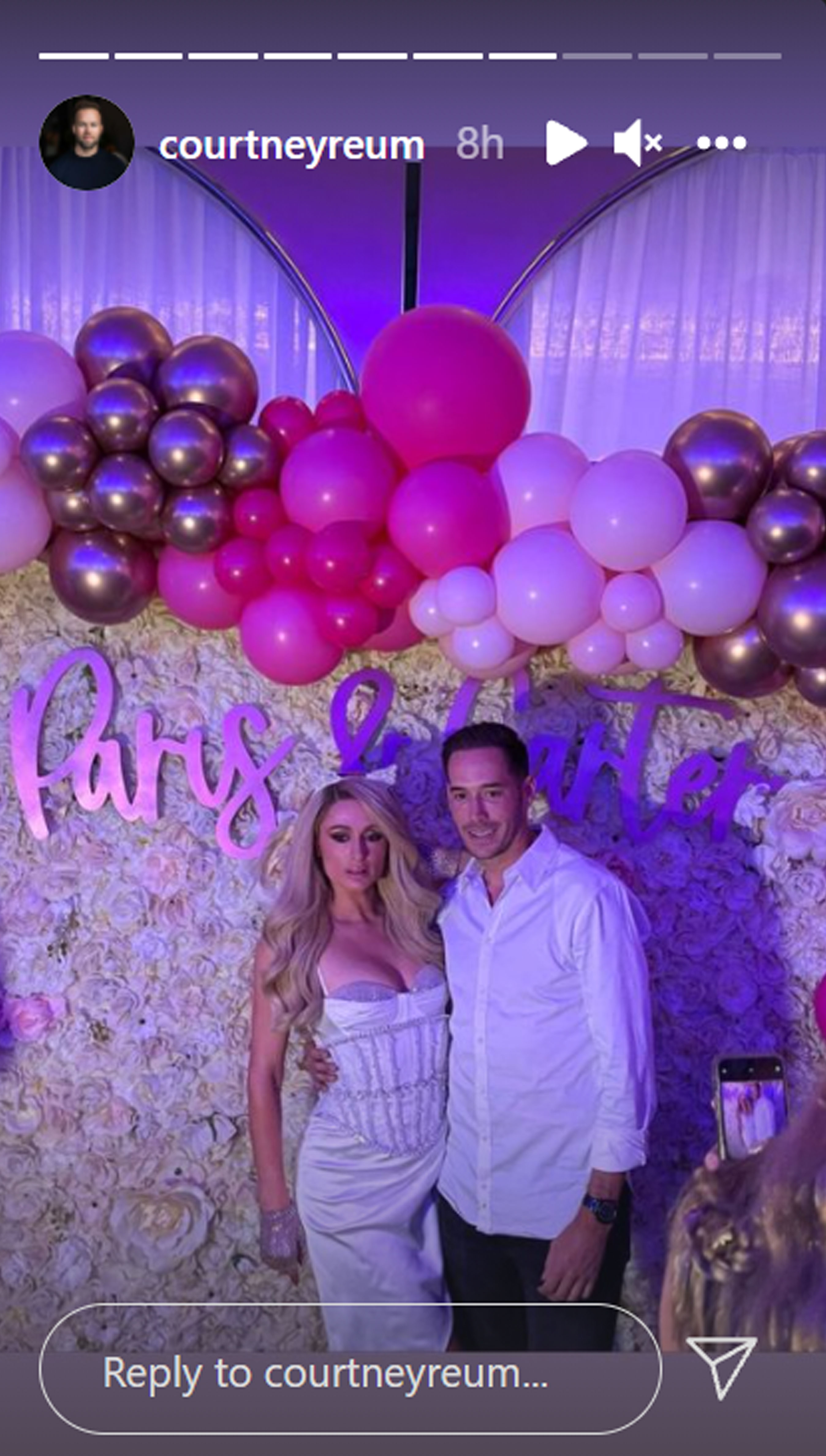 Before the festivities began, the future Mr. and Mrs. were picked up in style – in a red Rolls Royce on the tarmac. Their small group of family and friends, including siblings Nicky Hilton and Courtney Reum, followed behind in a fleet of matching colored cars.

Hilton and Reum’s weekend-long celebration included a night at AREA15 (described as an “immersive playground” for adults), where the bride-to-be rode the indoor zip-line in a neon yellow dress. 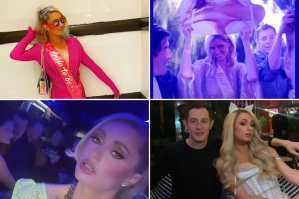 The group also made an appearance at Zouk Nightclub, where DJ Tiësto provided the soundtrack and large cardboard cutouts of Hilton and Reum’s faces that were held up by partygoers. The lovebirds were also presented with two giant custom cakes, as photos of them appeared on the big screen.

The always-stylish Hilton at one point made a wardrobe change, going all-out in a pink dress with matching sunglasses that read “bride,” a sash that read “bride to be” and a gorgeous tiara. 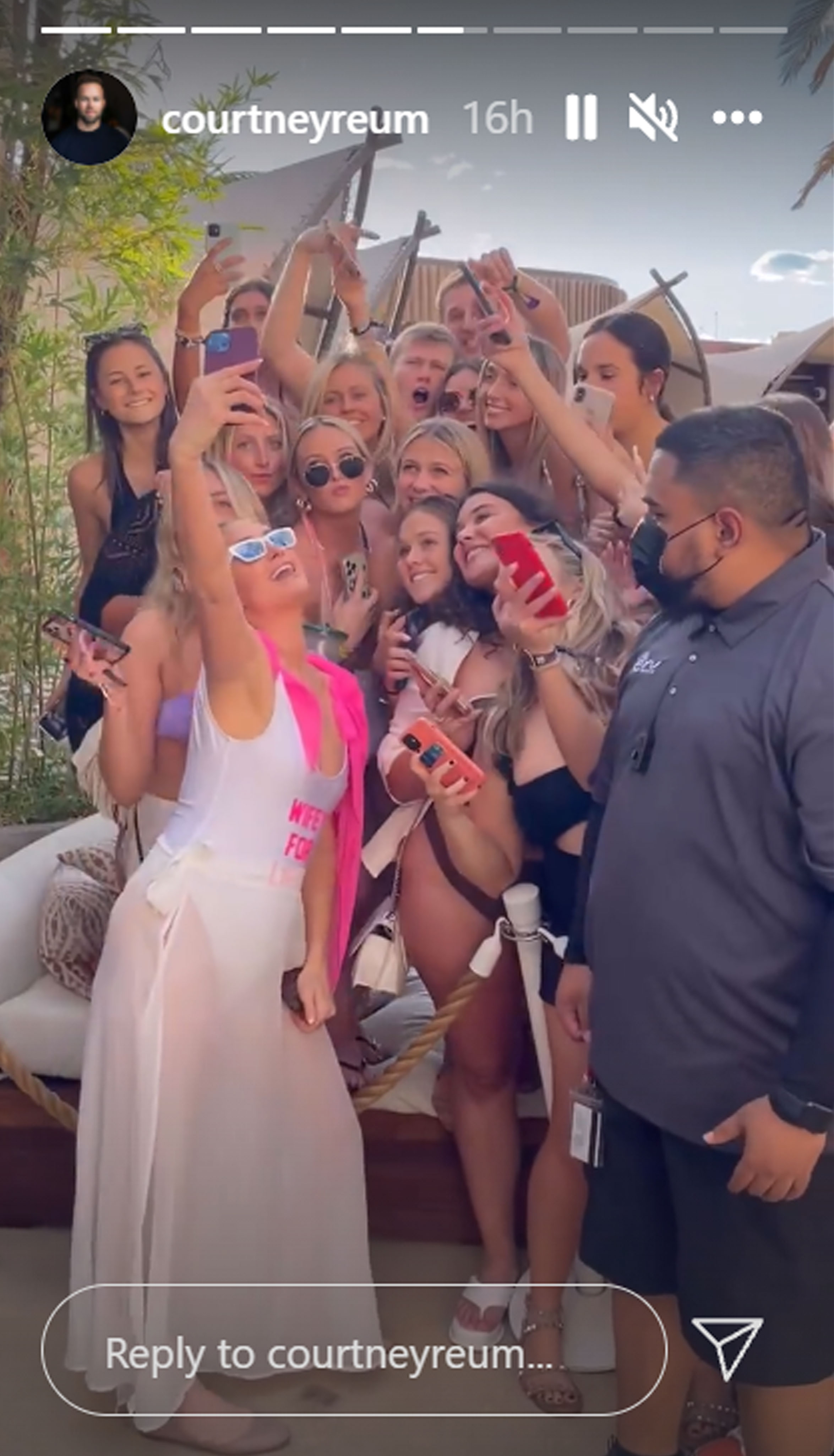 Hilton and Reum’s getaway also included a candlelit dinner with a custom menu at Resorts World Las Vegas. The “Cooking With Paris” star called it the “perfect place” for their joint bachelorette/bachelor party.

Of course, the lavish weekend wouldn’t be complete without goody bags for the guests. They were gifted custom cans of rosé adorned with a nude photo of Hilton covered in gold body glitter that read “bach that a– up.” 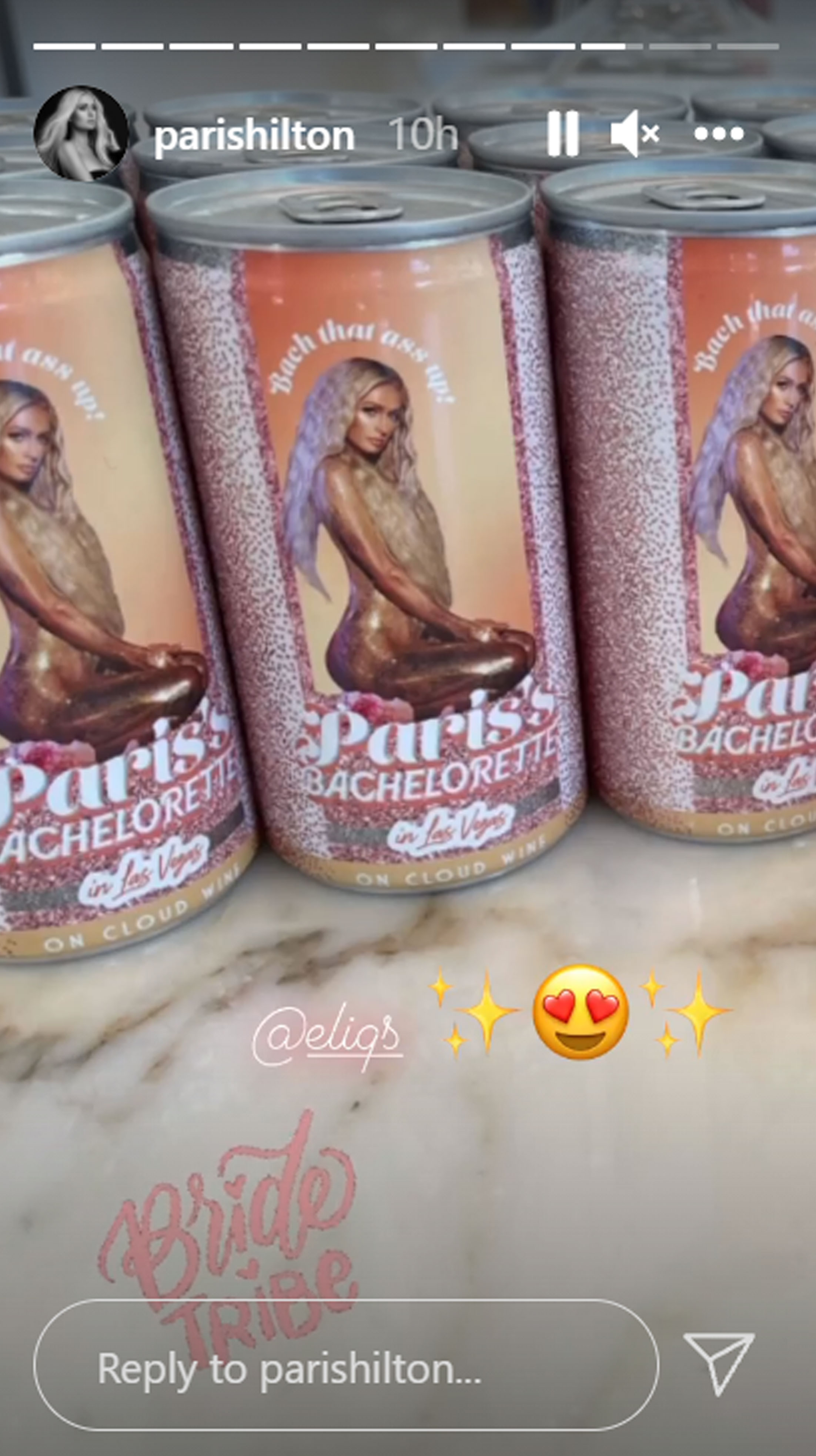 Guests also received a canvas tote bag with the couple’s name embroidered on it and Hilton’s famous catch phrase, “That’s hot,” along with jewelry, stickers and sparkly sunglasses.

As Page Six previously reported, Hilton and Reum got engaged in February on a private island after dating for a year.

This will be the first marriage for Hilton, who was previously engaged three times.

Her first engagement was to Jason Shaw in 2002 shortly before her 21st birthday. The engagement only lasted a couple months before the couple split in 2003.

She was later engaged to Greek shipping heir Paris Latsis in 2005, followed by actor Chris Zylka in 2018. Both engagements were called off after only a few months.