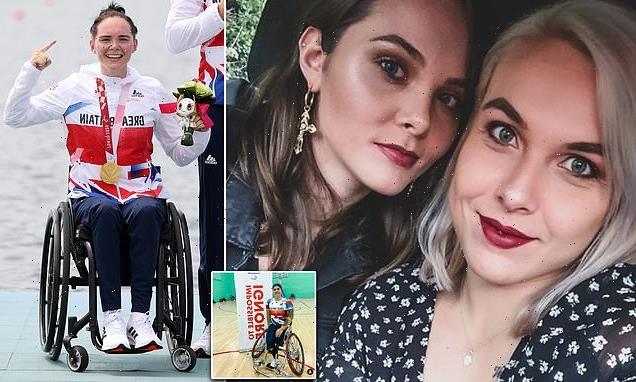 Team GB’s gold medal Paralympian rowing star Lauren Rowles has revealed how falling in love with a fellow British athlete during lockdown gave her the confidence to come out.

The 23-year-old, who rowed to glory in Tokyo on Sunday morning with partner Laurence Whiteley in the mixed sculls, has been dating women’s wheelchair basketball star Jude Hamer, 30, since romance flourished during lockdown.

The rower, from Bromsgrove, says meeting Hamer, who’s part of the Team GB squad currently in the quarter finals of the basketball competition, gave her the courage to discuss her sexuality in public.

Rowles, who is currently World, Paralympic and European Champion in her category, told The Telegraph this week that she now hopes to become an advocate for LGBTQ+ athletes. 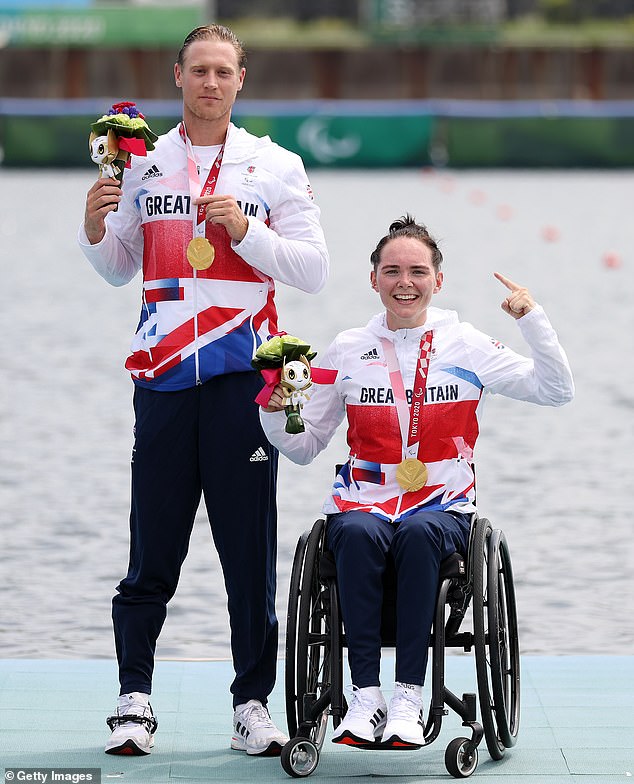 Lauren Rowles, right, and rowing partner Laurence Whiteley won gold in the mixed double sculls on Sunday in Tokyo. Rowles has been dating girlfriend Jude Hamer for over a year 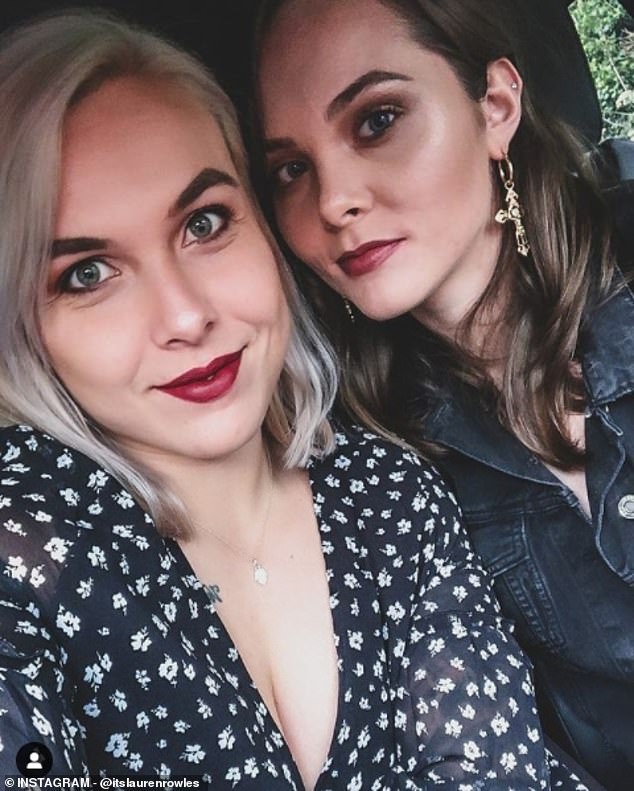 Courage: Rowles (right) struck up a friendship with women’s wheelchair basketball star Jude Hamer, 30, (left) during lockdown and the pair quickly fell in love. Rowles says her partner has given her the courage to come out and be an advocate for LGBTQ+ people in sport 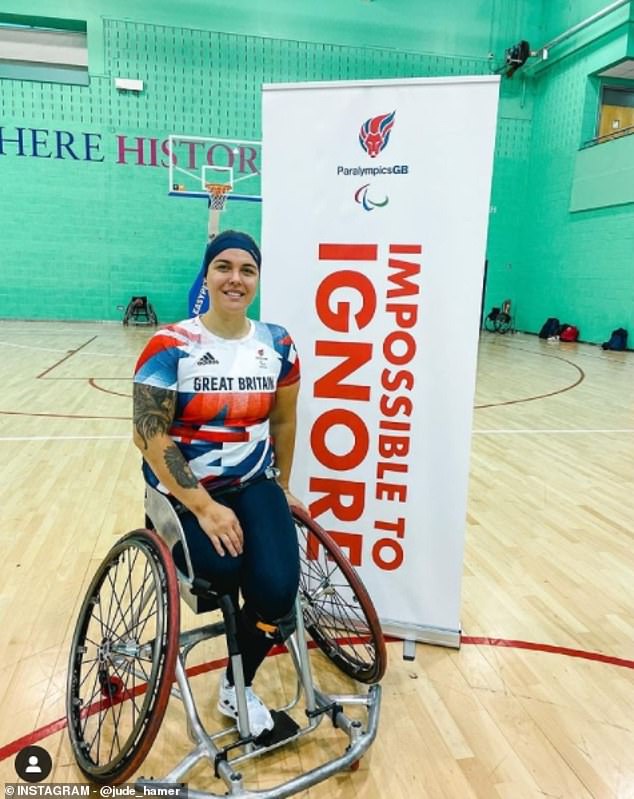 Rowles met Hamer, pictured representing Team GB ahead of the Paralympics, after the couple starting chatting on Instagram – they’ve since moved into a home together near Reading

However, the gold medallist said that she doesn’t want to be seen as a ‘box-ticking exercise’ for companies because she’s a disabled woman with a female partner.

The couple, who now live together near Reading, met after they connected on Instagram, and began working out together.

The rower, who developed the condition transverse myelitis at the age of 13 meaning she has no feeling in her body from the chest down, told the paper that Jude would put her through ‘savage’ workouts.

She says they would then chat afterwards for hours at a time and love blossomed.

The 23-year-old revealed she found it hard to come out because of a lack of role models when she was growing up – but admits she’s wary of becoming a ‘box-ticking exercise’ for companies because she’s a woman with a disability and a female partner. 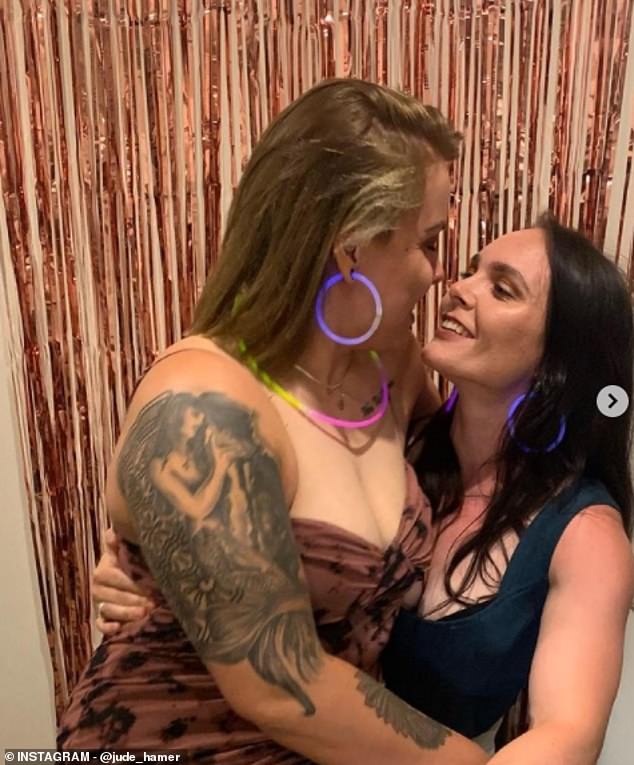 Rowles, right with Hamer, says she’s seen ‘eyes light up’ because she’s a disabled woman with a female partner but doesn’t want to be a ‘box-ticking exercise’

She explained: ‘I wasn’t out, I didn’t want to be labelled, but Jude gave me the confidence to do it, in being with her we took that step together.

‘I was worried because companies see me as a box-ticking exercise: their eyes light up when you say: ‘I’m gay, disabled and female.’ I am all those things, but I can be more of that from what I say and what I do.’ 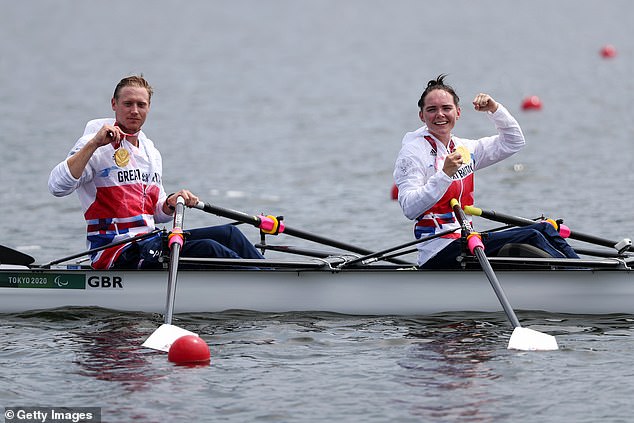 Basketballer Hamer has been frank about her battle with depression, saying that her quest for glory at the Paralympics in Rio five years ago marked a disastrous period for her mental health, leaving her contemplating suicide.

Japan’s attitude to gay and trans rights remains far behind many countries in the wealthy western world.

Same-sex marriage remains illegal meaning the country is the only nation currently in the G7 union that fails to recognise unions between partners of the same gender.

Rowles and her rowing partner Whiteley finished their mixed sculls race on Sunday in 6:49.24, more than 11 seconds ahead of the United States and almost 18 seconds clear of bronze medallists France.

What is transverse myelitis? How neurological disorder causes inflammation of the spinal cord and can lead to paralysis

The term myelitis refers to inflammation of the spinal cord, transverse refers to the pattern of changes in sensation.

Transverse myelitis is the broad name of the disease, and there are various sub-types.

Causes of the condition include infections, sometimes caused by bacteria in raw foods, immune system disorders, and other disorders that may damage or destroy myelin, the fatty white insulating substance that covers nerve cell fibers. 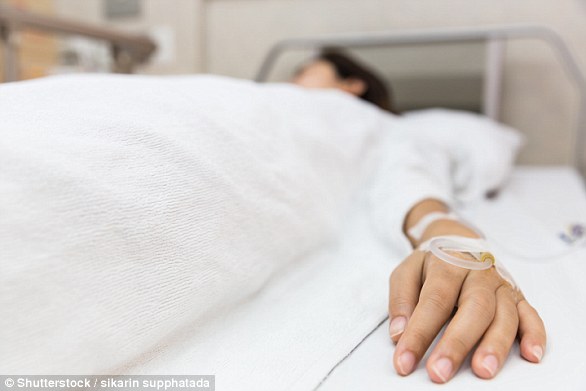 Causes of the condition include infections and immune system disorders that destroy myelin, the fatty white insulating substance that covers nerve cell fibers

That can lead to paralysis.

Condition can affect people of any age, gender, or race. It does not appear to be genetic or run in families.

Some people recover from transverse myelitis with minor or no long-term problems, but most suffer permanent impairments that affect their ability to perform ordinary tasks of daily living.

There is no cure for the disease.