The coronavirus pandemic has exacerbated the strain on the country’s mental health services but also shown digital technology can be a legitimate tool to fix the system, allowing more people to access services online, over the phone and on video. 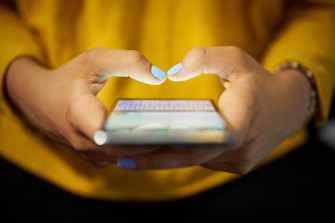 The digital services that are now widely available are just the tip of the iceberg, according to psychiatrist and co-director of Sydney University’s Brain and Mind Centre, Professor Ian Hickie, who is also critical of the government’s attempt to build its own digital mental health system from scratch.

“We’ve got our little toe in the water through telehealth, which is a 1990s technology,” he said.

Numerous reports, including the Productivity Commission’s report on mental health and the final report from the parliamentary mental health and suicide committee, have highlighted that well-designed digital systems can help change the country’s mental health services for the better.

Liberal MP Dr Fiona Martin, who chaired the committee and is also a psychologist, said seriously increasing digital services will “revolutionise” the system.

‘The technology is not the problem, the failure to introduce them into the health system structure is the problem.’

“We need to have significant structural reforms to the mental health system, and that can be achieved,” she said. “When I say structural, I mean looking at the roles and responsibilities of the workforce, and the introduction of these digital services because it just changes everything.”

Melissa Black, clinical research lead and psychologist with the Black Dog Institute, said a clear benefit of online mental health services is they take pressure off the country’s in-person systems which are struggling with long waiting lists and limited access to specialised care.

“It does give people access to evidence-based support and resources sooner,” she said.

Dr Black said combining online and offline methods mean in-person treatment can focus on more complex issues and the patient can use great online tools for help with things like anxiety.

“It allows us to stretch out therapy and really make the most of the therapist time to be able to get the most bang for their buck,” she said.

The federal government is keen to use the digital world for mental health treatment. Its possibilities are a “big, strategic focus”, assistant minister to the Prime Minister for mental health and suicide prevention David Coleman said. “There is immense opportunity in digital.”

Digital mental health services are already shifting the way they operate. Normally siloed, ReachOut, Lifeline and Beyond Blue are running a pilot program that seamlessly connects the organisations. It means a teen on the ReachOut website can talk to crisis support staff at Lifeline if they’re in severe distress without having to switch sites.

The program is in its early stages, but ReachOut chief executive Ashley de Silva said it’s already a success and a good example of the possibilities of digital.

“We’re making the service experience a lot smarter for people, and we’re actually going further than just access,” he said.

The Commonwealth is working on a similar linked service. A large part of the $111 million committed to digital mental health services in the budget will go towards a Head to Health digital platform that is set to launch in the first half of 2022.

The aim of the platform is to be a “one-stop shop” for mental health services in the country. In the early stages it will be able to provide personalised advice and information relevant to people’s concerns, and also help people find local face-to-face services. It will also provide digital clinical care, as well as peer support or other self-driven support.

In the long run, Mr Coleman said the plan is to integrate the online and offline offerings, so people have ongoing support whether they’re receiving in-person treatment or using the online tools.

“It will adapt and it will evolve over time. But importantly, it will provide a wide range of services which are tailored for that specific person, and that I think is going to be a really positive thing,” he said.

But Professor Hickie said the federal government should really be focusing on making regulatory changes that would allow digital mental health services to work together, rather than trying to build their own from scratch.

“The technology is not the problem, the failure to introduce them into the health system structure is the problem, and governments keep making it worse by believing that they can do it themselves, making their own platforms,” he said, pointing to a similar digital initiative from the Turnbull government in 2016.

“What governments really should be supporting is the tracking and integration of information that is person-focused, person-facing, to actually interact with our systems – not more systems just between providers.“

Mr De Silva said what’s possible with technology is constantly changing as were people’s expectations and preferences, and it was vital for services to keep up with that constant change.

“Those two things are moving really quickly. And they will continue to move really quickly,” he said. “The mistake will be that we look at what’s possible with digital today, we orient ourselves around that we make good steps towards that. And then we bake that down for 10 years.”

Mr Coleman, who worked in digital media before becoming an MP, said the government was focused squarely on online services.

“Digital is central to almost everything we do today, across the public sector and the private sector and that will only become more so as time goes on, so we do need to be adaptable,” he said.