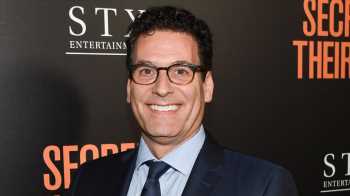 STX Entertainment’s Oren Aviv is resigning his post at the company’s motion picture group, according to three individuals familiar with the matter.

Aviv is currently negotiating his exit and is expected to transition to a consultant role at the studio, two of the insiders added.

“Oren is transitioning from his full-time duties at STX and I’m happy to say that he will remain on as a strategic consultant for us as we begin our push into the next phase of the UglyDolls franchise with our animated series at Hulu,” said Robert Simonds, chairman and CEO of STX. “We thank Oren for his many contributions to STX since the company’s inception and look forward to his continued advice and counsel in this new capacity. We wish him nothing but success in his future endeavors, and I personally want to thank him for his many years of friendship and support.”

Though he used to serve as president and chief content officer in the film division, Aviv’s duties changed in recent years. Instead of overseeing all of the studio’s movies, he was tasked with overseeing STX’s animated franchise hopeful “Uglydolls” last year. Produced for $45 million with a marketing spend of close to $50 million, the film represented a material loss of tens of millions of dollars after grossing only $20 million at the domestic box office when it was released in May.

The family film starred Kelly Clarkson, Nick Jonas and rapper Pitbull as misshapen toys who learn to embrace their imperfections. It has a 28% fresh rating on critical aggregator Rotten Tomatoes.

Aviv was one of the first hires at STX, predating the motion picture group chairman and company face Adam Fogelson. He previously served as chief marketing officer at 20th Century Fox film, and spent nearly 20 years before that in various roles at Walt Disney Studios.

His resignation follows the May departure of STX Chief Operating Officer Tom McGrath, who also transitioned to an advisory role and is producing shows on Broadway.

Brent Lang contributed to this report.