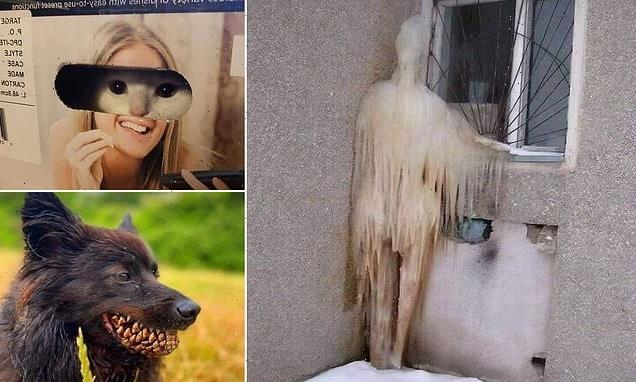 Snap out of it! Optical illusions will make you do a double-take – including a VERY creepy human-shaped icicle

Some people can capture snaps at the perfect time, as proven by this gallery of amusing optical illusions caught on camera.

From a creepy human shaped icicle to a woman who appears to have a dog’s body, Bored Panda has rounded up a selection of eye-catching images from around the world that make you do a double take over their misleading angles.

One eye-catching photo shows a cat peering out of a box – replacing his eyes for the girl’s on the advertisement.

While another snap was timed to perfection and caught two bubbles replacing a dogs eyes. 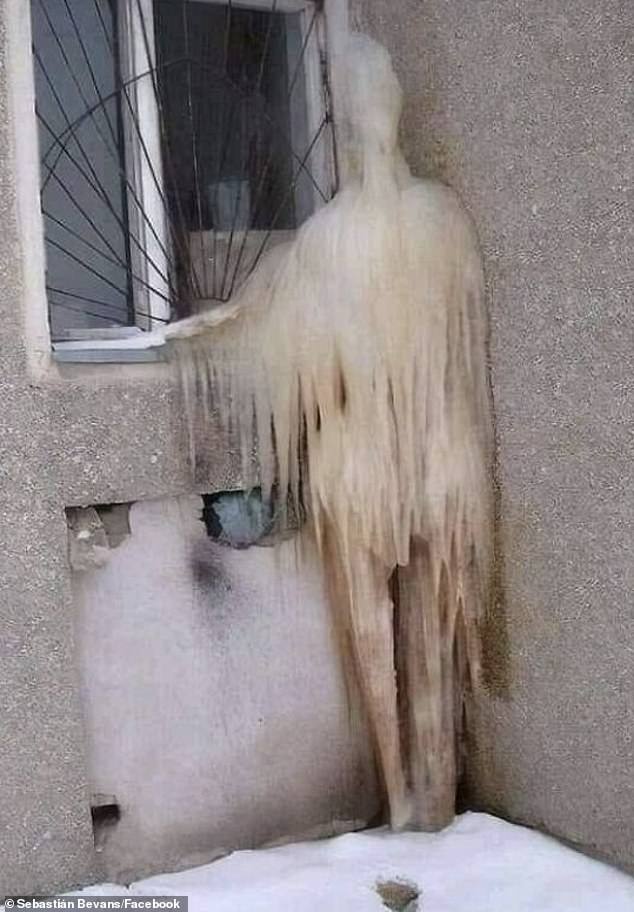 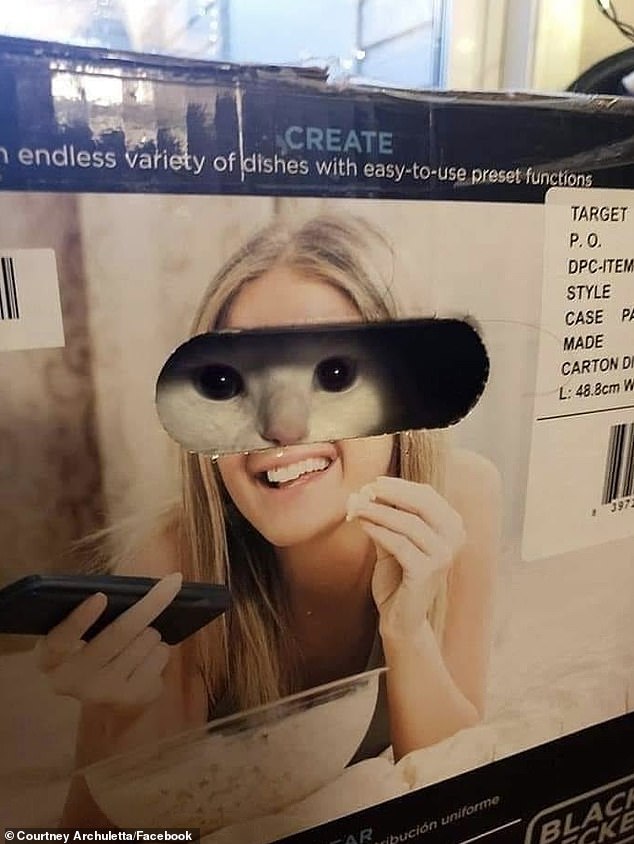 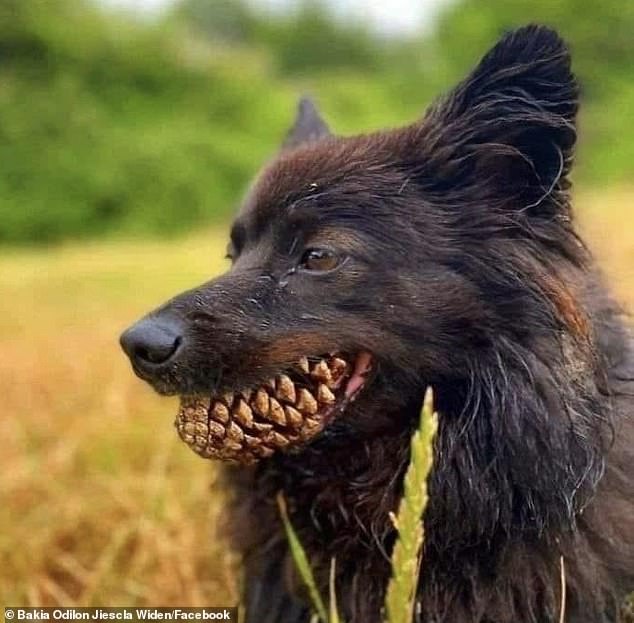 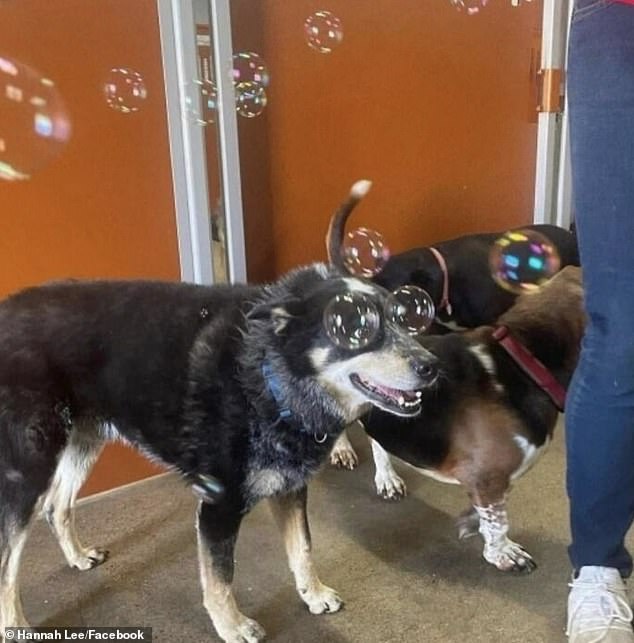 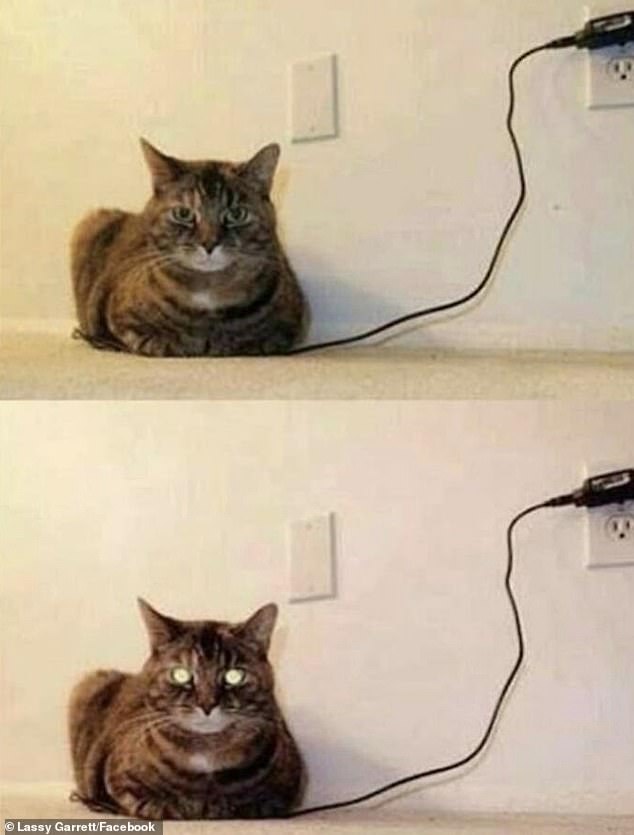 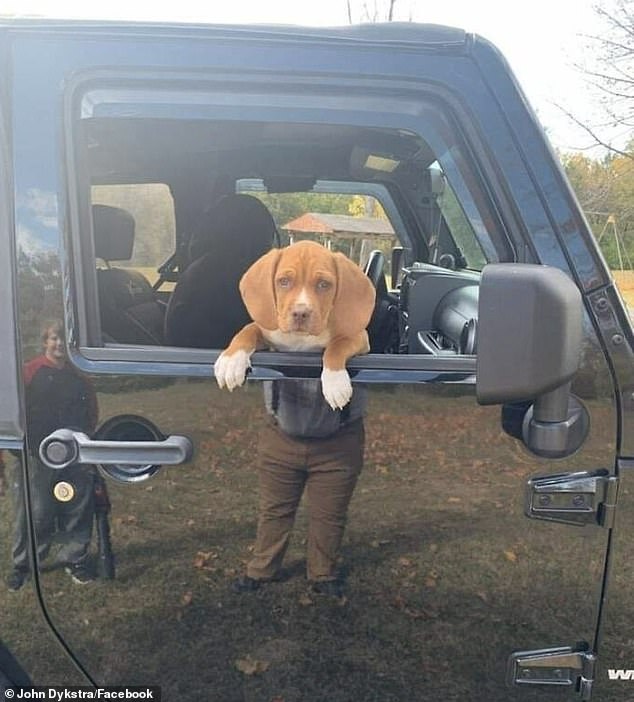 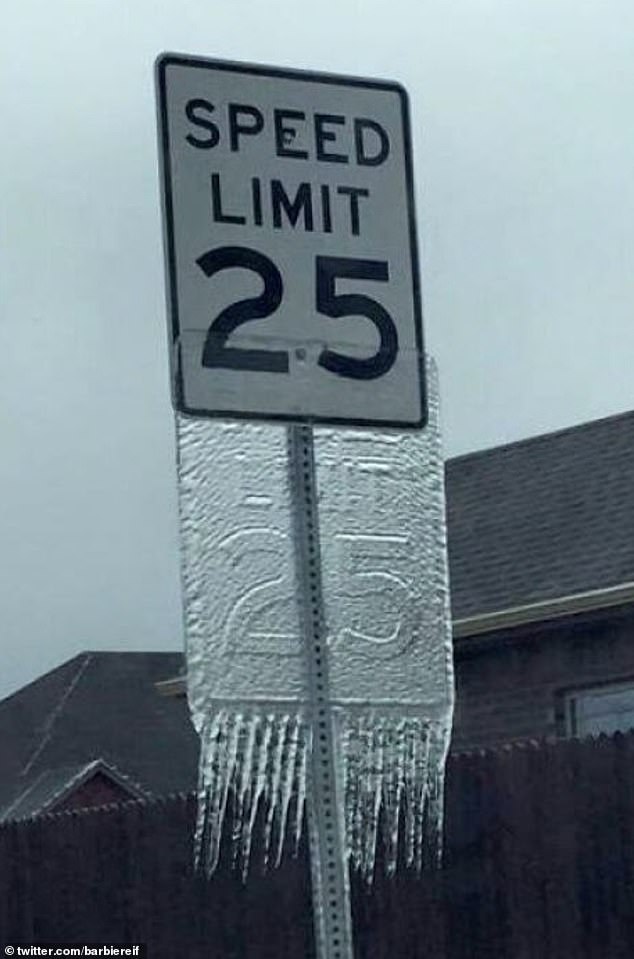 This frozen speed limit sign, in Oklahoma, will have you taking a second look as the ice sliding off the front is perfectly imprinted 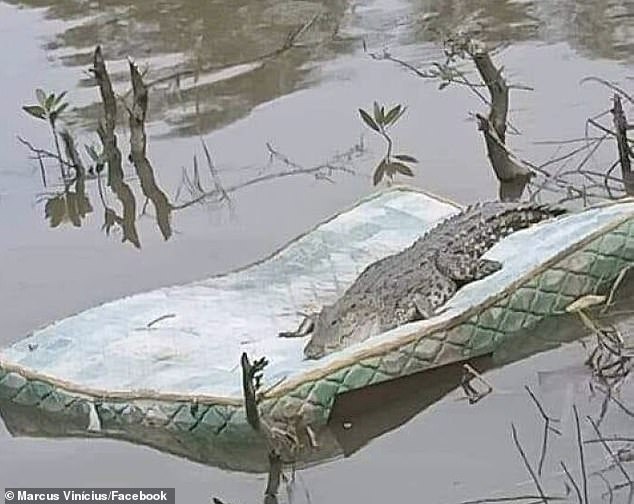 This crocodile, believed to be in the US,  was caught relaxing on a mattress which was floating along a lake 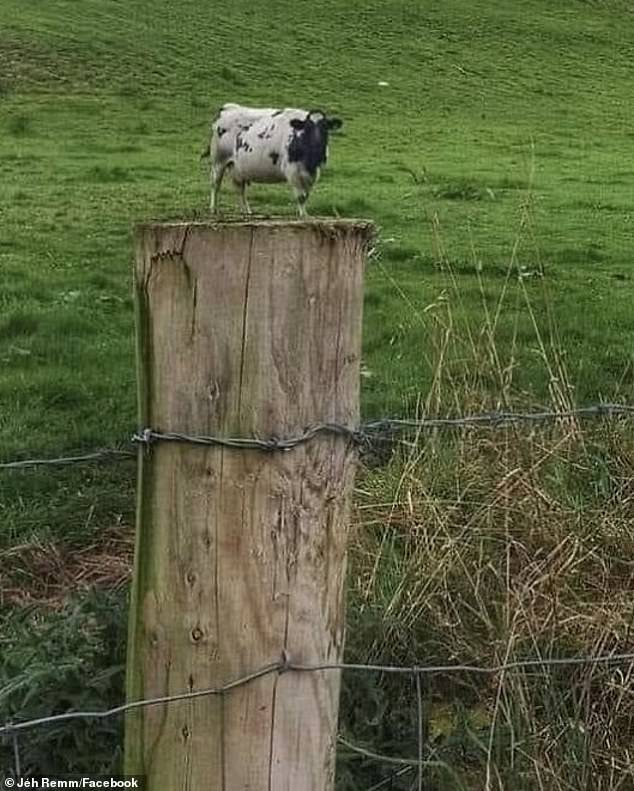 I can’t tell. Is this cow small…. or far away? This looks like a tiny cow on a fence post however it is just an optical illusion 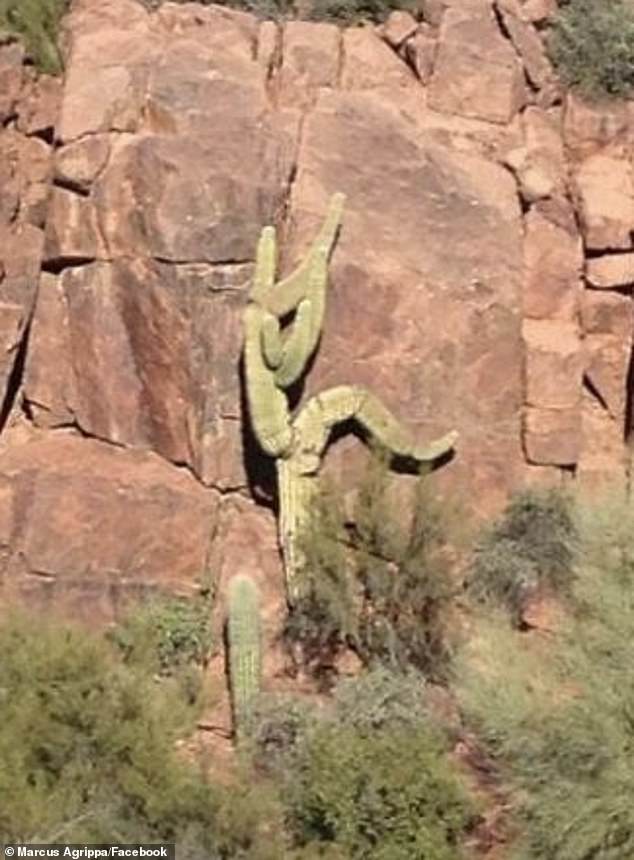 This climbing saguaro cactus, on the Verde River in Arizona, looks like a person climbing up a cliff side 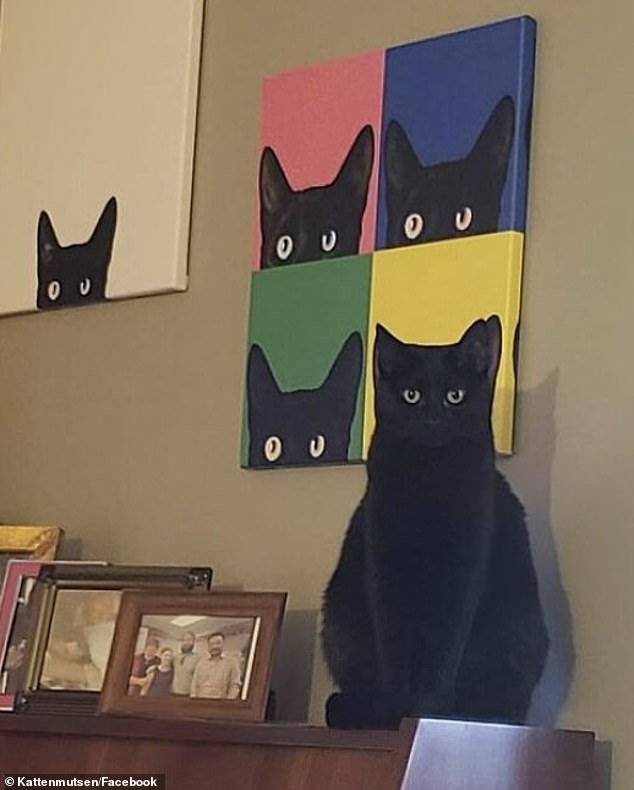 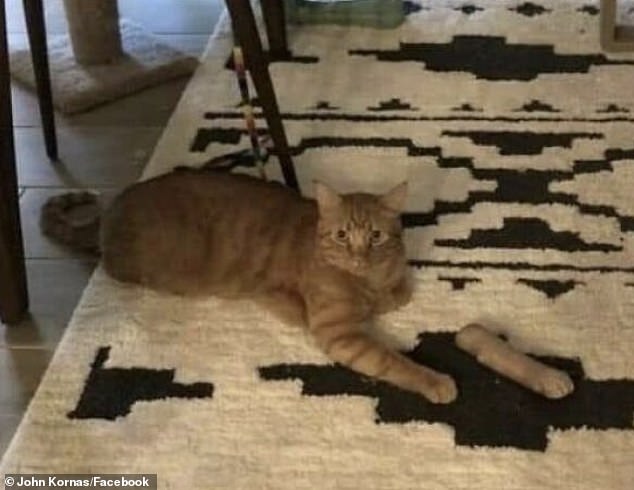 A cat owner, from Phoenix, Arizona, got a fright when an optical illusion made it look like their kitten’s severed arm came away from its body, thankfully it’s a bone and the pets paw is tucked underneath its body

Made you look! These optical illusion snaps will definitely make you question what you’re seeing

Now THAT’s the money shot! Incredible animal photographs taken at just the right moment will make you do a double take