Moreland City Council will change its name next year after voting in favour of a motion to drop the current title, which is derived from a Jamaican sugar plantation that used slave labour.

The move will cost at least $500,000 between 2022 and 2024 as the inner-northern Melbourne council updates signage, bins, staff uniforms and its online platforms. 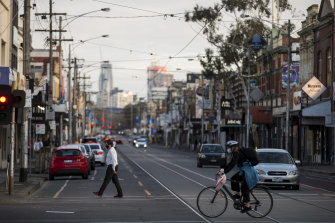 The City of Moreland takes in suburbs such as Brunswick (pictured) and Coburg.Credit:Paul Jeffers

Despite opposition from three councillors, six councillors voted in favour of starting community consultation on a new name next year during a special meeting on Monday night.

Cr Yildiz criticised the timing of the move, saying residents were recovering financially and emotionally from the coronavirus pandemic.

“We are living in challenging times and while some of us are in comfortable taxpayer jobs, there are many families doing it tough,” he said.

“There are problems in our area with infrastructure, our roads and footpaths are in desperate [need of] repair, we have issues with rubbish collection, graffiti is rife … we’ve got better things to worry about as a municipality.”

Fellow independent Helen Davidson was also opposed and suggested a decision over whether to change Moreland’s name should be put to the public at the next council elections in 2024.

“Every letter, every sign will need to be changed, eventually costing the ratepayer millions of dollars,” she said.

The council will prepare a report by February next year outlining how it plans to approach community education and engagement, including with First Nations people.

While no formal suggestions on the new name have been made, Local Government Minister Shaun Leane, who must sign off on the change, wrote to Moreland council before Monday’s meeting promising his support.

Moreland was the name of a Jamaican sugar plantation owned by the family of Scotsman Farquhar McCrae which had as many as 700 slaves at any one time in the decades after it was founded in the 1780s. Britain made slavery illegal in 1833.

Mr McCrae arrived in Melbourne in 1839 and, after dispossessing the Indigenous owners of a parcel of land he bought stretching from Moonee Ponds Creek to Sydney Road, he gave it the name of Moreland after his family’s estate in the Caribbean.

Indigenous names will be among a number of options, according to two sources close to the process who were not authorised to speak publicly.

“There are two examples of racism on display here: global slavery and local dispossession,” he said.

“They come together in one word. And that is Moreland.”

Cr Riley reiterated his support for the change, saying 1011 people had signed a letter in favour since last month.

“This motion is but one small step in the healing process,” the mayor said.

In the motion debated on Monday, councillors were given two options aside from embarking on a name change process: choosing to take no action or engaging with the community on whether Moreland’s name should be changed at all.

On the latter, the report noted “some questions should not be consulted on”.

“This is considered divisive, hurtful and unnecessary.”

The council’s plans make it the latest organisation to address its colonial history through a name change, after the NSW government committed last month to renaming Ben Boyd National Park.

The park, which covers 8900 hectares on the NSW South Coast, was named after infamous Scottish blackbirder Benjamin Boyd. The state government intends to assign an Indigenous name that recognises the area’s Aboriginal cultural heritage.