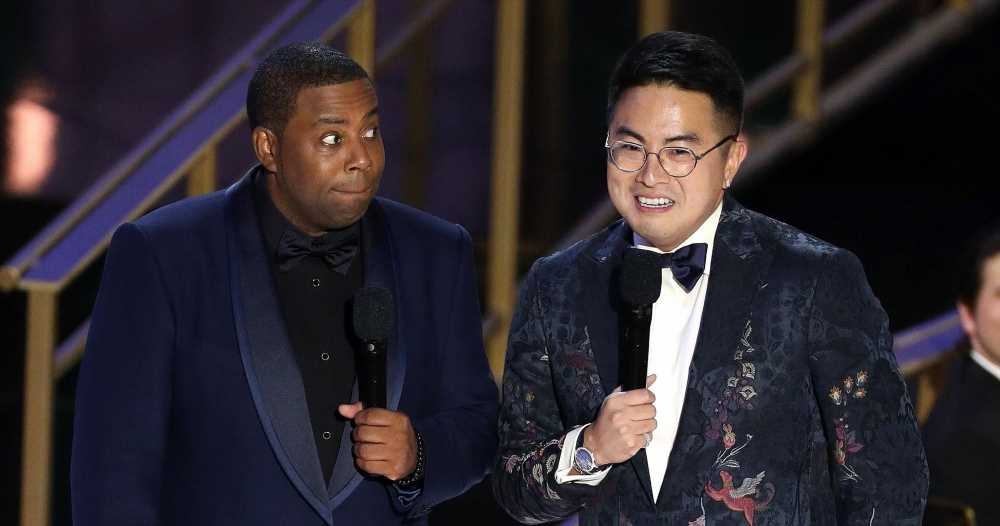 Prepared for anything. Saturday Night Live star Bowen Yang took the stage at the Emmys to help host Kenan Thompson — and made a controversial joke about the infamous 2022 Oscars in the process.

“Did you see the Oscars? So many things can go wrong [when you host an award show],” Yang, 31, said to Thompson, 44, during the ceremony on Monday, September 12. “Your dressing room door could be locked or you could vanish into thin air like a show on HBO Max.”

While the comedian didn’t specify further details, he was seemingly alluding to when Will Smith stormed the stage and slapped host Chris Rock for making comments about wife Jada Pinkett-Smith’s alopecia. The 57-year-old I Am Legend actor compared Pinkett-Smith, 50, to G.I. Jane due to her shaved head.

Following their confrontation, the Academy announced that Smith would be banned from attending any Academy events for the next 10 years as a result of his actions. 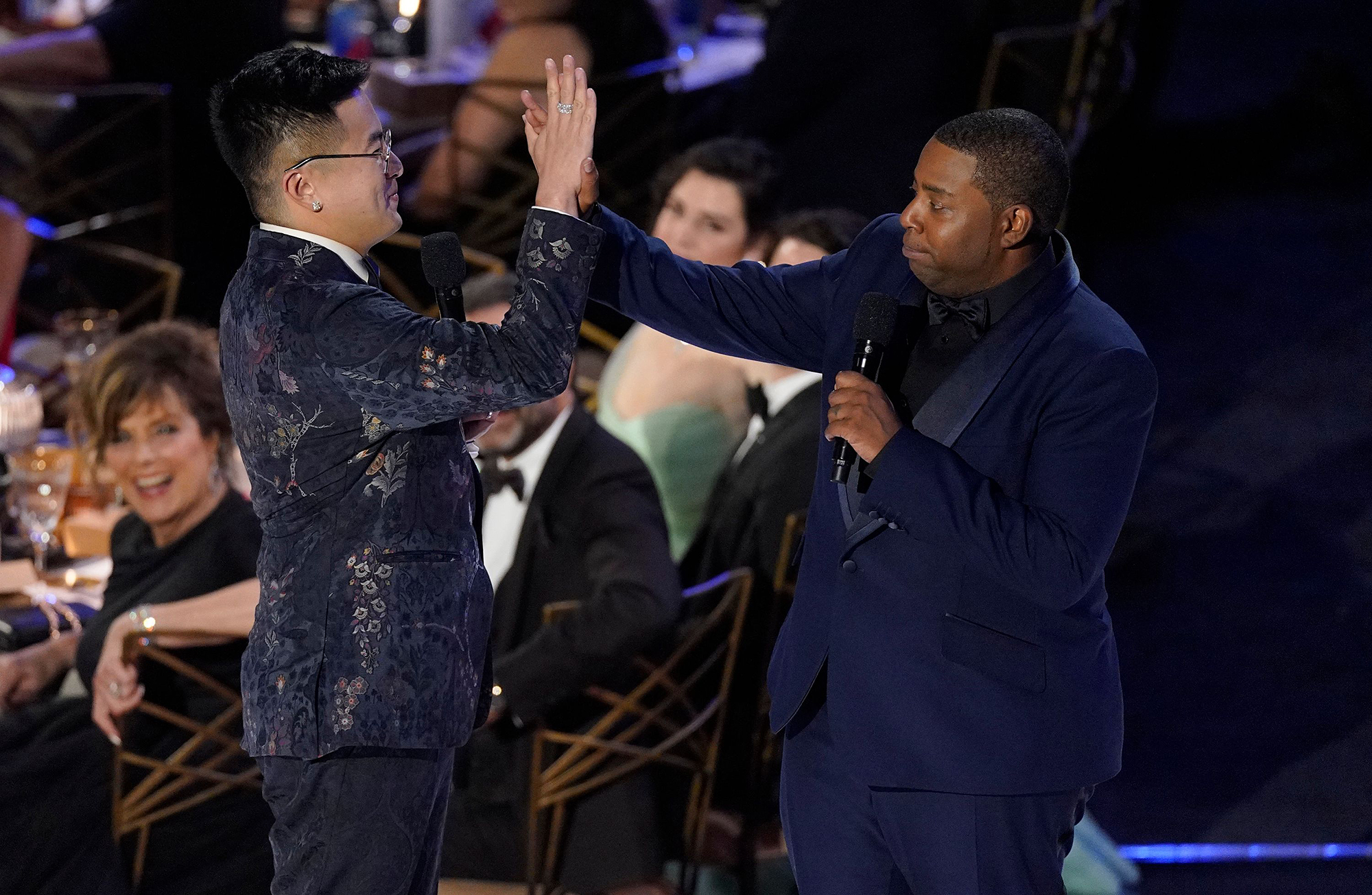 After the confrontation, the Fresh Prince of Bel-Air alum won the award for Best Actor in a Leading Role for his portrayal of Richard Williams in King Richard. Smith gave an emotional speech while accepting the trophy.

Will Smith and Chris Rock’s 2022 Oscars Incident: Everything to Know

While Yang’s comment on the controversial moment was met with hesitancy from the audience on Monday, the rest of his jokes seemed to land better. “Selena Gomez, watching you is like watching Lady Gaga take care of two Tony Bennetts!” he quipped, making the audience — including Gomez, 30, Steve Martin and Martin Short – roar with laughter.

While seemingly an obvious topic to broach, Yang’s allusion to the messy Academy Awards was the only reference made to the drama between Smith and Rock, 57 – with even Thompson skipping over the subject matter in his opening monologue.

A source exclusively told Us Weekly on Monday that producers told the Emmys audience at the Microsoft Theater in Los Angeles not to get any ideas about rushing the stage, jokingly noting that they would “get your ass severely beaten.” The insider also said that there was also a notice to keep speeches to 45 seconds and take note that the bar in the back was just a prop.