Could Lori Loughlin appear on a future season of “Dancing With the Stars?”

The “Full House” alum’s youngest daughter, Olivia Jade Giannulli, said it’s not out of the question, as her pro partner for Season 30, Val Chmerkovskiy, has already “been trying to recruit” Loughlin.

“I don’t know how many more seasons I got in me, but I’ll stick around for [Lori],” Chmerkovskiy, 35, told Page Six and other reporters during a post-show presser Monday night.

Giannulli, 22, chimed in, saying, “If Lori comes on, then maybe.

“Yeah, I don’t know. I haven’t really asked her, like, ‘Would you come on and do the show?’” she added. “But she’s just proud of me. Mama bear, just excited.”

Chmerkovskiy said that Loughlin, 57, has been “in total mom mode” ever since Giannulli joined the show, and the support is only getting stronger as the weeks go by.

“We FaceTime her all the time. Literally right after we get off the stage I call her,” Giannulli explained. “She’s the biggest support ever. She’s really proud of me, and I love her so much. She’s my hero, so it’s really nice to know she’s watching.” 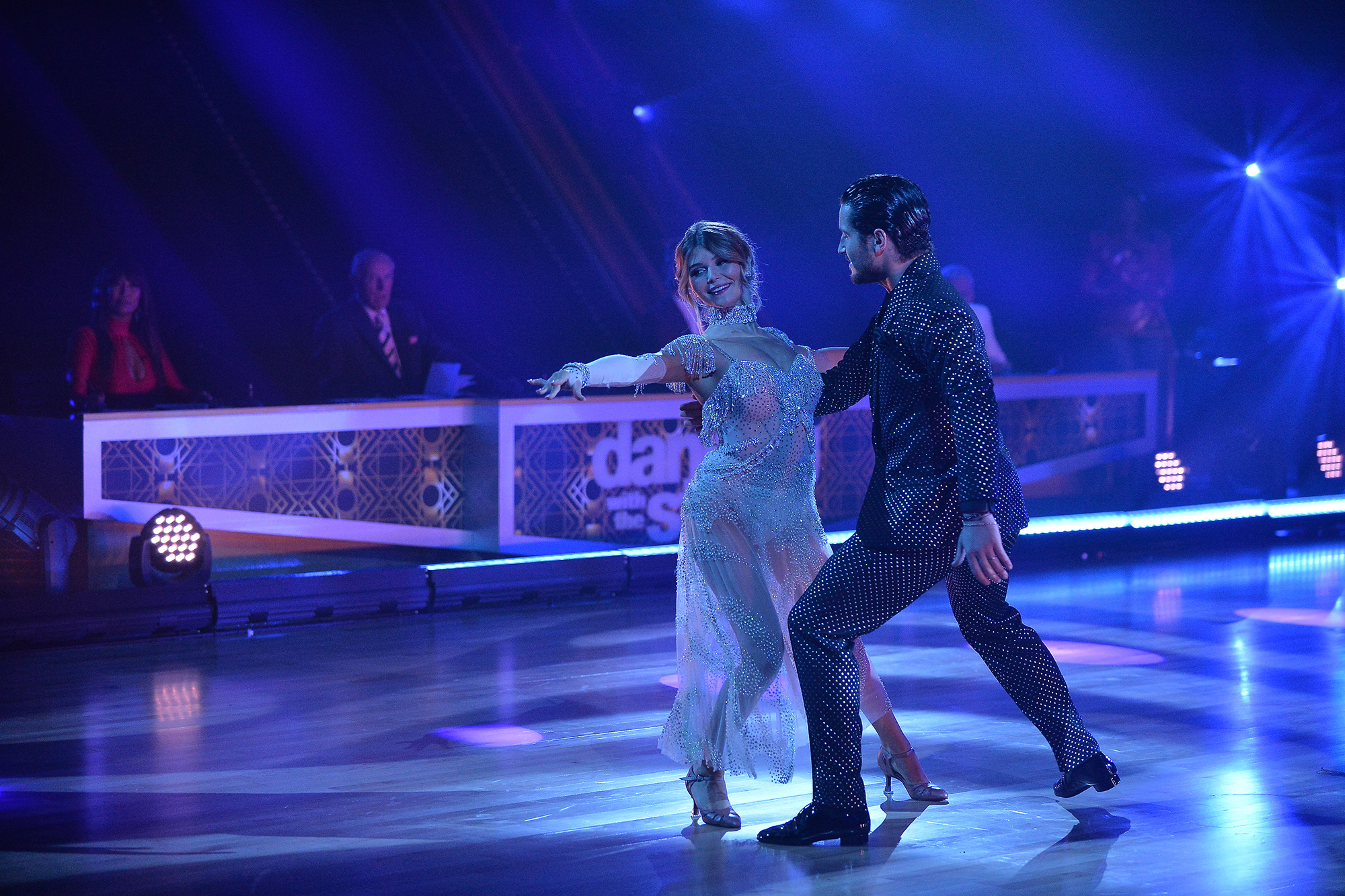 Loughlin and her husband, Mossimo Giannulli, pleaded guilty in May 2020 for bribing both Olivia Jade and their older daughter, Isabella “Bella” Giannulli, into the University of Southern California as fake rowing recruits.

The actress spent two months in prison and was released in December. Mossimo, 58, meanwhile, served the final days of his five-month sentence under house arrest before his family picked him up in April.

“I think for the last few years, when I’m out or when I walk around, I feel embarrassed. Like, I hold guilt,” Olivia Jade admitted Monday after dancing a tango to “Hold It Against Me” by Britney Spears. “So to do something like this, to work so hard at it, it feels nice for me to finally sort of carry pride.”

She added, “I don’t know if that sounds cheesy, but I definitely think my confidence has grown a lot, and I’m hoping that it keeps growing.”

Chmerkovskiy said that he’s been extremely impressed with Olivia Jade’s performances on the show so far. He praised her for her work ethic, calling her “a great student.”

“She’s very talented, she works hard,” he marveled. “I told her early on, ‘Dance looks good on [you].’ She should have danced a long time ago. She should have probably gotten into it; it would have been nice.

“She’s just talented naturally,” he continued. “I try my best, obviously, but she’s a star.”

“Dancing With the Stars” airs Mondays at 8 p.m. ET/PT on ABC.