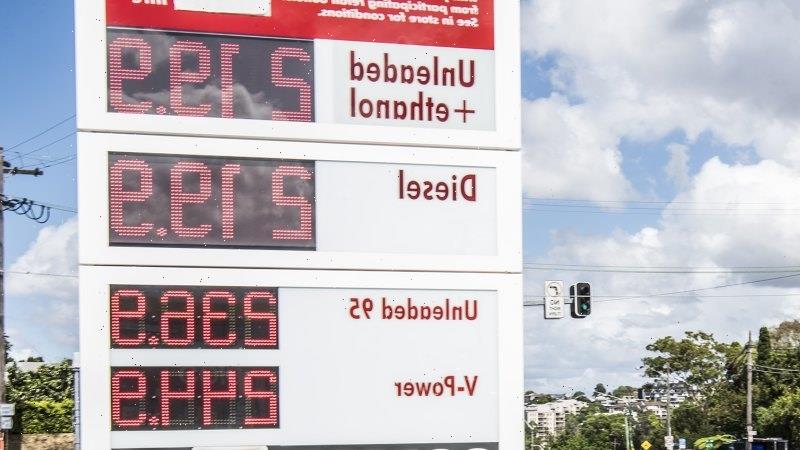 Prices for petrol and diesel have soared over the past two months, with Melbourne and Sydney recording all-time high average unleaded prices on Monday of 212.5 cents a litre and 216.5 cents a litre respectively. 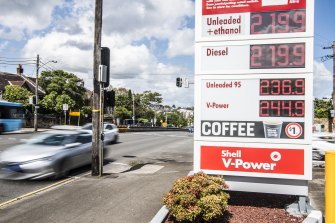 The price of oil is volatile and out of the federal government’s control.Credit:Steven Siewert

In the face of increased cost of living pressures on Australian families, some state leaders and federal government backbenchers have called on the Prime Minister to consider slashing the 44.2 cents a litre fuel excise to help ease the pain at the bowser.

But peak automotive bodies and economists warn any excise cuts – which would cost the federal government $500 million per cent each year – could be swallowed up by higher prices.

Long-term, they said, the solution is to move away from petrol and fuel.

NRMA spokesman Peter Khoury said petrol prices were volatile at the best of times, but were currently “completely beyond the pale of anything we have seen in history”.

“It’s made here, it gets moved to here, and we use it here, so if something goes wrong, we can grab someone by the collar and say ‘we need to fix this’,” he said.

“Whereas when something goes wrong with petrol or diesel, as it does now, there’s nothing we can do.”

If more people bought electric vehicles, charging prices would be less volatile than the price of petrol.

“Where we have changes in electricity prices, it’s one cent here or there, not 50 cents or $1 more expensive,” Mr Jafari said.

Oil prices were rising faster than inflation before the Russian invasion of Ukraine.

In the 12 months between the December 2020 quarter and the December 2021 quarter, average retail petrol prices rose by 34 per cent, or 41.1 cents per litre, the Australian Competition and Consumer Commission found.

Global oil prices soared early last week due to the Ukraine conflict and sanctions on Russia, but they have fallen by more than 10 per cent over the past five days. Retail prices could fall by between 10 and 15 cents a litre by budget day on March 29.

“If there’s a resolution of the conflict, what you’ll see very quickly is the oil price comes down to earth,” Mr James said.

There were fears last week the price of Brent crude oil could exceed $US150 a barrel after briefly surpassing $US130. But by Monday, it had fallen to $US106.90.