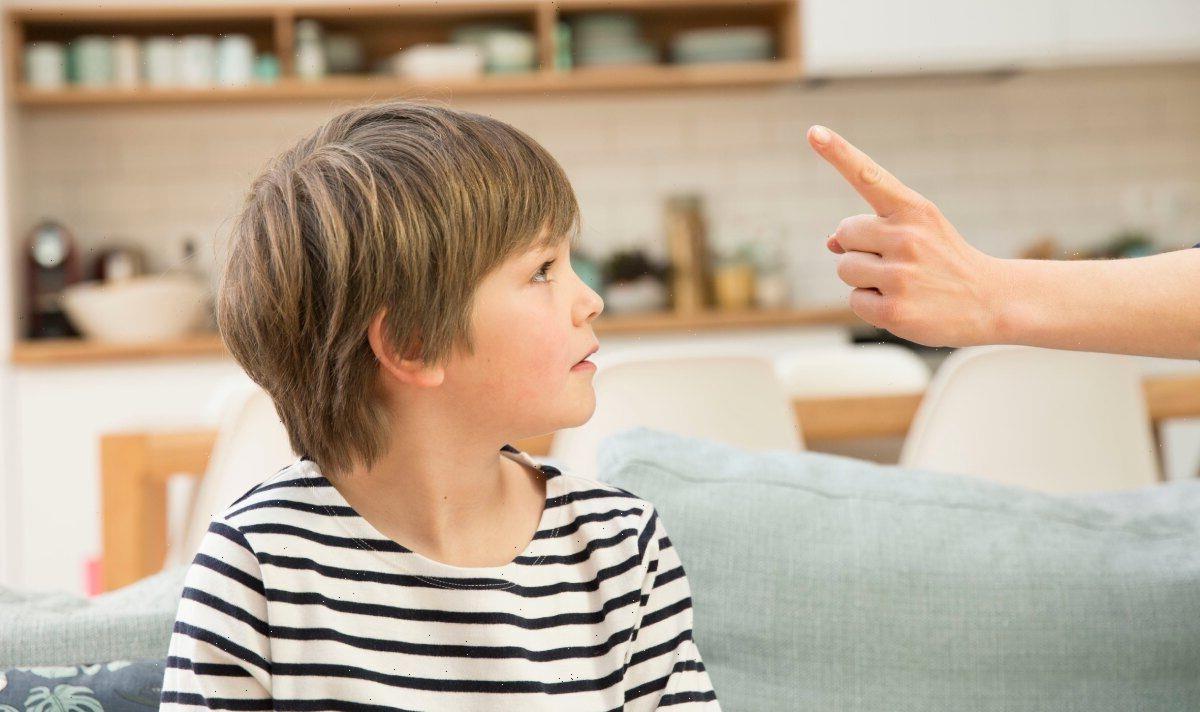 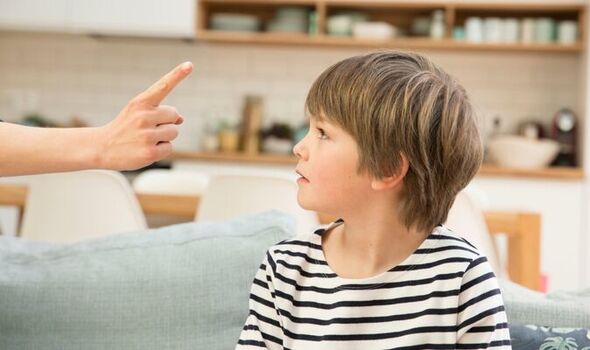 Mums and dads also struggle to get their children to put their glasses on, go to bed on time – and wash their hands after using the toilet.

As a result, 69 percent feel frustrated as they are trying to do what’s best for them – yet a third don’t think their child realises they are nagging them in their favour.

And over two-thirds (67 percent) think everyday tasks, like cleaning teeth and wearing glasses, are key to improving their infant’s self-esteem.

But 63 percent believe going through a single day without some kind of disagreement with their offspring would be a miracle.

As parents, two-thirds have a new understanding of how their own guardians felt raising them.

It also emerged that, of the 37 percent of those polled whose children wear glasses, 69 percent struggle to get them to wear their spectacles – even though one in five (19 percent) consider this a top priority.

The poll was commissioned by spectacle lens manufacturer, HOYA Lens UK, whose spokeswoman, Professor Kathryn J Saunders, optometry division head at Ulster University, said: “Parents invest a lot of time and energy in making sure their children are healthy and happy. 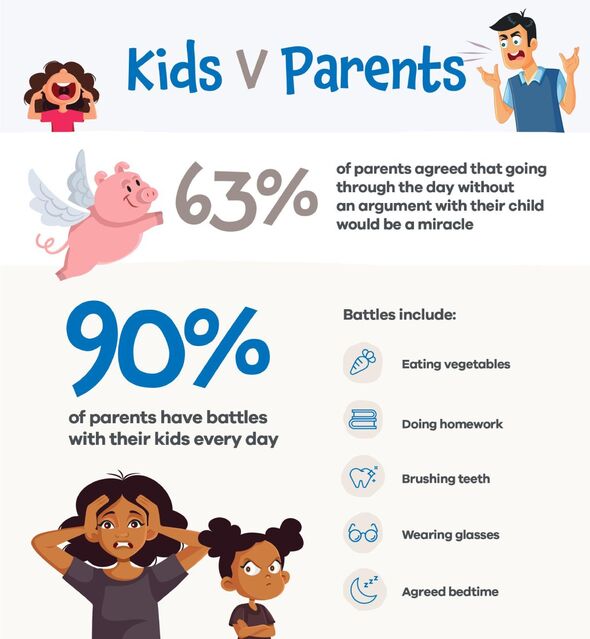 “A key component of wellbeing for those who need glasses is making sure they are worn – and wearing glasses is also important to ensure that vision is as good as possible, now and over the long-term.

“Researchers have also proven a clear relationship between being short-sighted and spending less time outdoors in childhood.

“There’s no better time than the new school term to have a fresh focus on encouraging children to put down their phones or tablets, and get outdoors.”

The study also found that, of those who have children who wear glasses, 61 percent blame the struggle to get them to wear them on the fact that none of their friends wear spectacles.

Others said their children find them uncomfortable (60 percent), or have been teased in the past (52 percent).

But 79 percent have tried making glasses more appealing to their child, by buying fashionable frames or reminding them of their favourite film characters that also wear them – like Harry Potter. 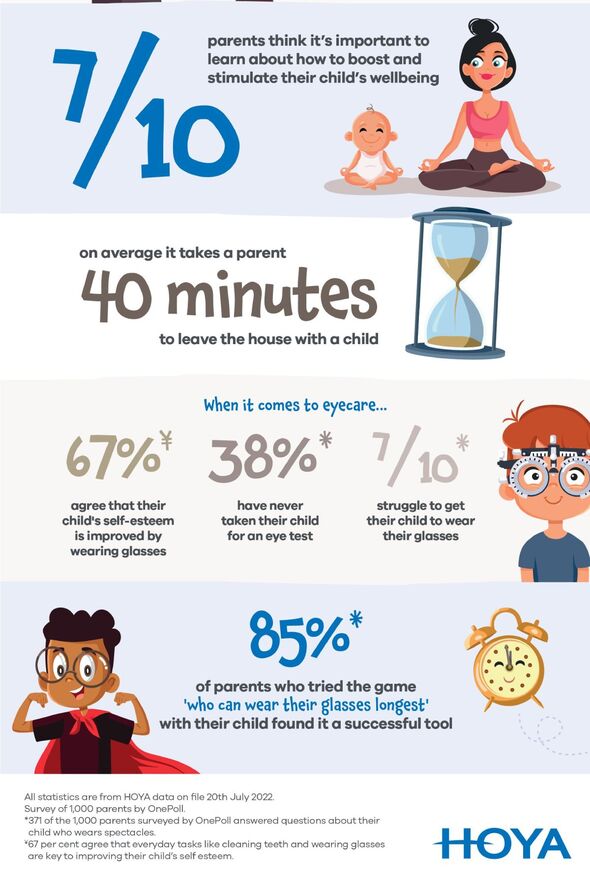 And two in five (39 percent) like to turn it into a game of “who can wear their glasses for the longest”, with 85 percent finding these measures successful.

The research, commissioned by OnePoll, also found that with studies showing that glasses to correct vision problems can improve a child’s psychosocial wellbeing, seven in ten of those whose children wear glasses believe it’s important to learn about how to boost and stimulate this in their offspring.

Andrew Sanders, professional services director at HOYA Lens UK, makers of the MiYOSMART spectacle lens, which aims to help reduce the progression of myopia, said: “The results prove parents are keen to boost and stimulate their child’s wellbeing, despite the daily struggles they go through to do what’s best for them.

“We believe it is vital that parents are supported with the information they need to understand the positive impact on a child’s wellbeing when they have the appropriate eye care and wear their glasses if needed, to improve vision.

“Myopia (short-sightedness) could potentially affect five billion people, or half of the global population, by 2050.

“If left untreated, myopia can lead to lasting vision problems – so we are keen to raise awareness of this progressive eye condition which can have an impact on a child’s everyday activities.”

TOP 20 DISAGREEMENTS PARENTS HAVE WITH THEIR CHILDREN: