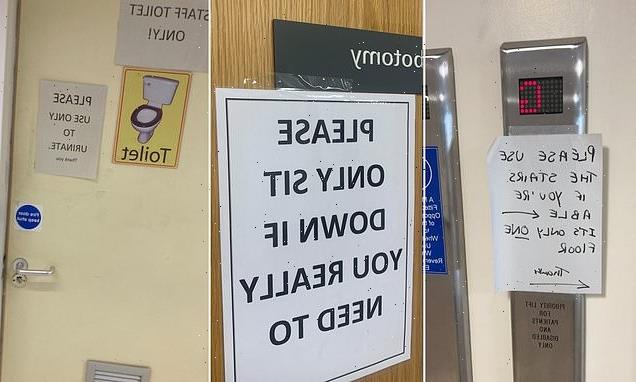 Sick of your attitude! People share the passive aggressive signs spotted in NHS hospitals and GP surgeries – from a request not to use the lift to RULES on using the toilet

Healthcare professionals and patients have been sharing some of the passive aggressive signage they’ve spotted in NHS hospitals across the country.

After Twitter user and medical student @juliaisobela, from Leamington Spa, Warwickshire, posted an image of a note in a phlebotomy department that requested patients having blood drawn should only ‘sit down if you really need to’, others stepped in with sightings of makeshift signs – often grumpy – they’d seen.

She wrote: ‘Passive aggressive NHS signs back at it again (pls let me sit down I just want to sit down)… ‘

People responded that a blood test department might be exactly the kind of place where patients might need to sit down. @JulianBurton15 quipped: ‘Please only faint and lacerate your scalp if you really need to.’

@MsPassmore agreed it was a harsh missive, saying: ‘Gees… forget sit down, I have to lie down when having blood drawn! Very strange sign.’

The post sparked a slew of photos of signs that have made an appearance in overstretched hospitals and GP surgeries, all showing similarly unforgiving requests – including a staff toilet where only urinating is allowed. 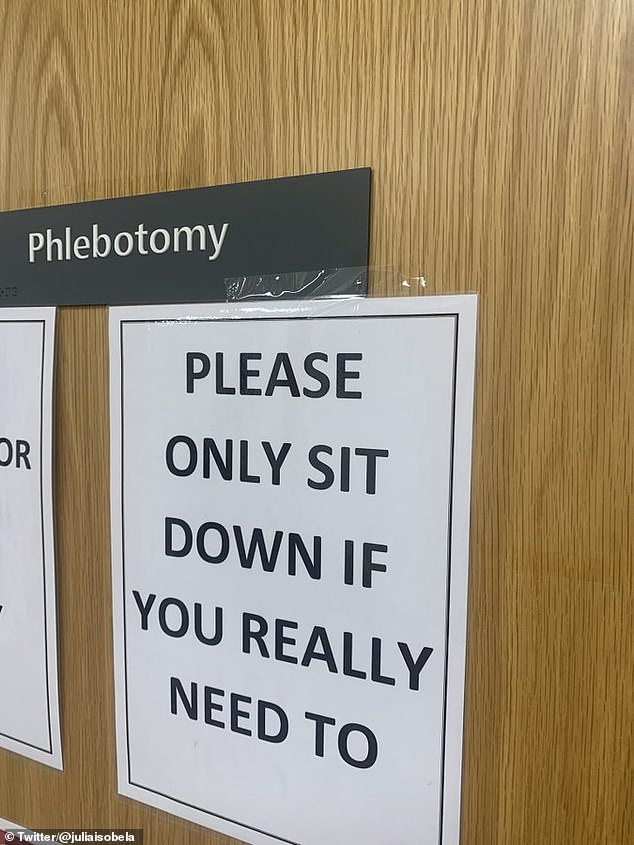 Blood tests can occasionally make patients feel faint… but there’s no mercy in this phlebotomy department, shared on Twitter by @juliaisobela from Leamington Spa, Warwickshire 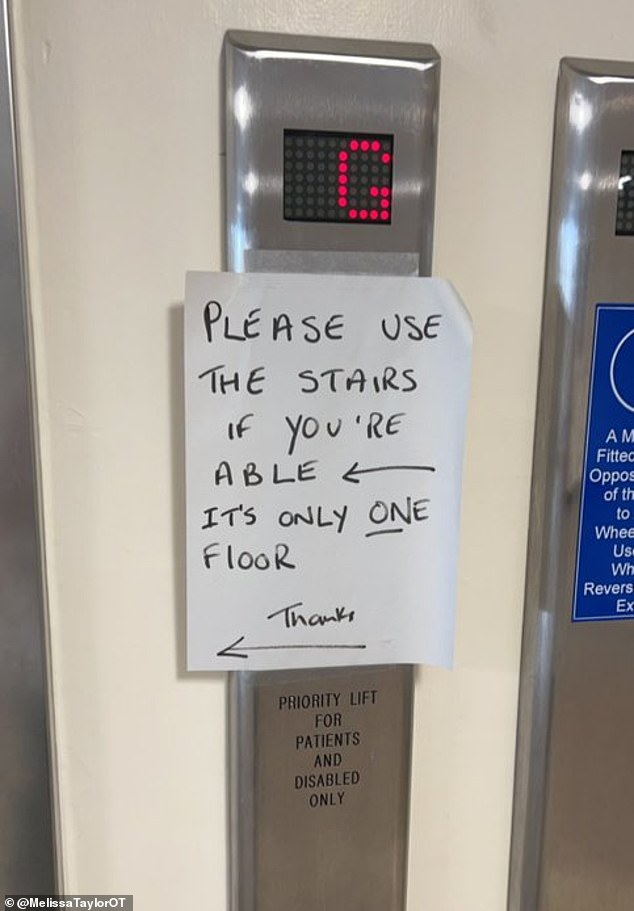 It’s a lift, but we don’t want you to use it…this sign advises people to put one foot in front of the other to reach the next floor. It was shared on Twitter by a user from Great Yarmouth 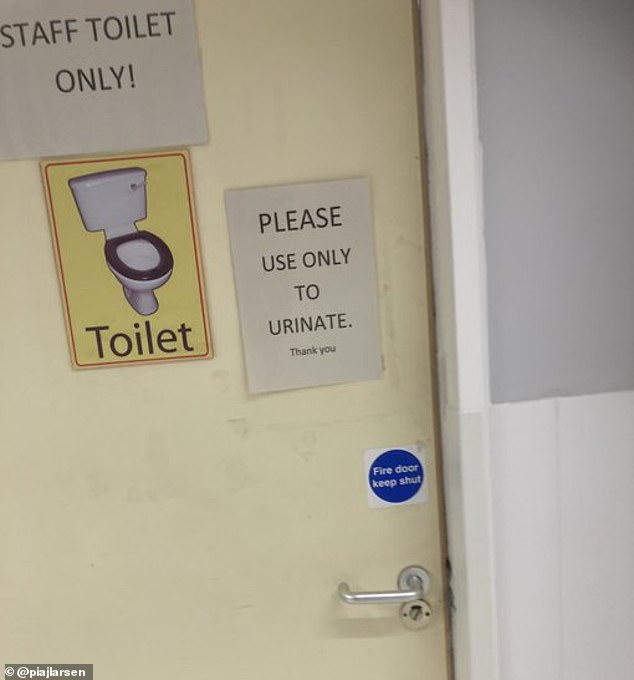 No number twos! This hospital staff toilet relies on employees only needing a we. The photo was spotted by a Twitter user from St Albans 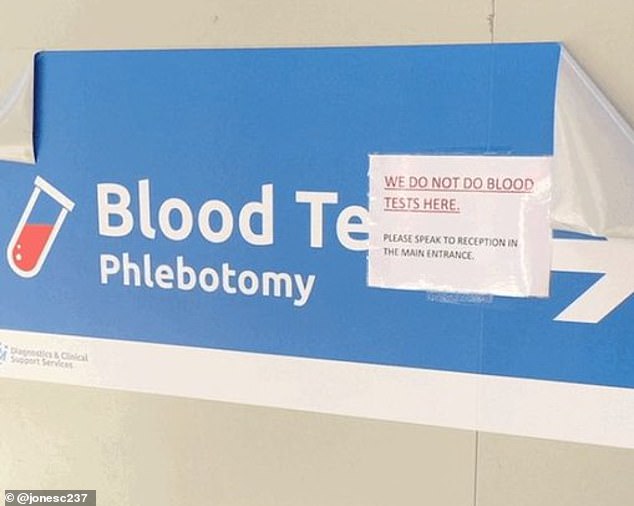 When a sign contradicts a sign… the blood test department at this hospital has apparently shut up shop. It was spotted by a Cardiff University medical student 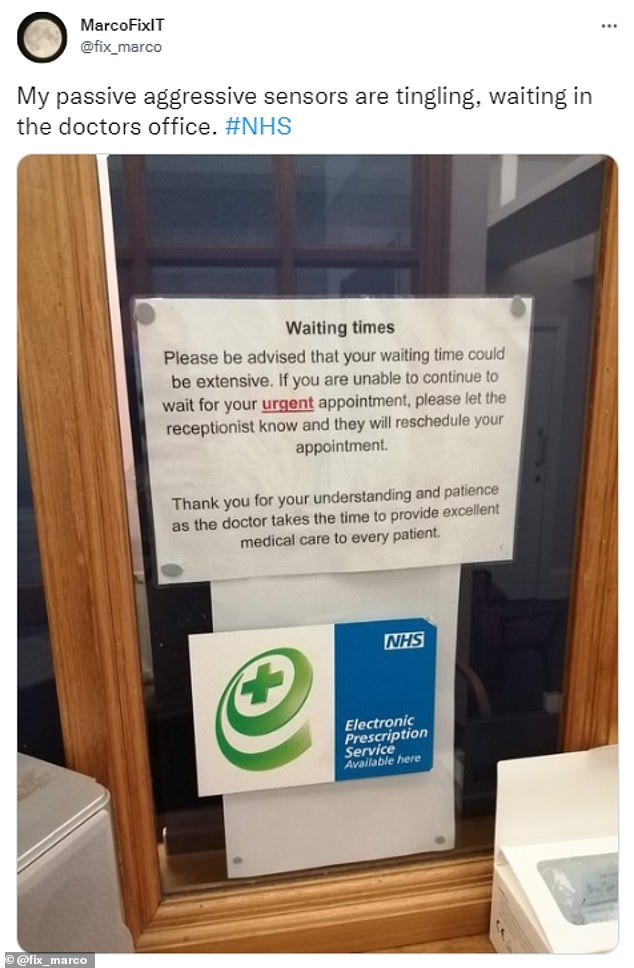 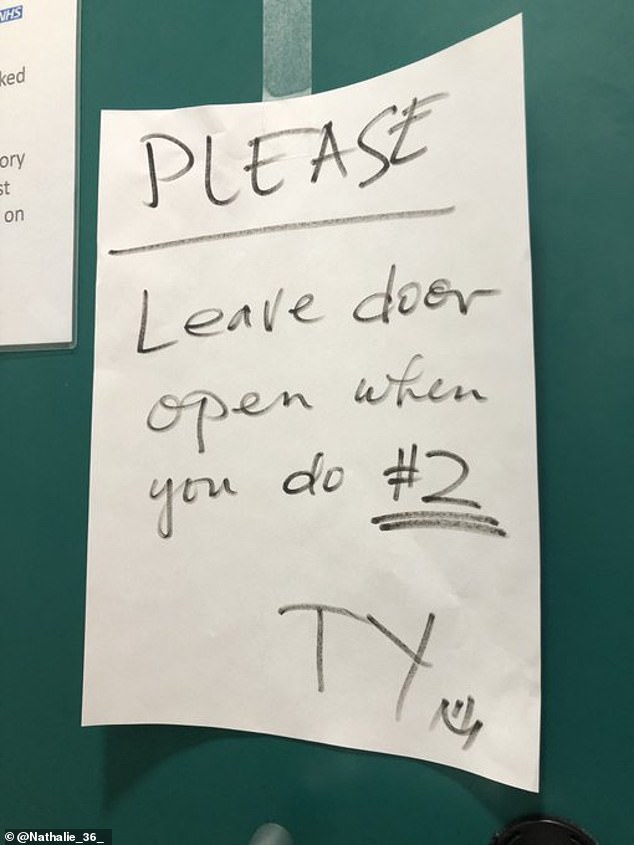 And if you’ve really got to go, this hospital would rather you let some fresh air breeze through and leave the door open, even if it might be embarrassing 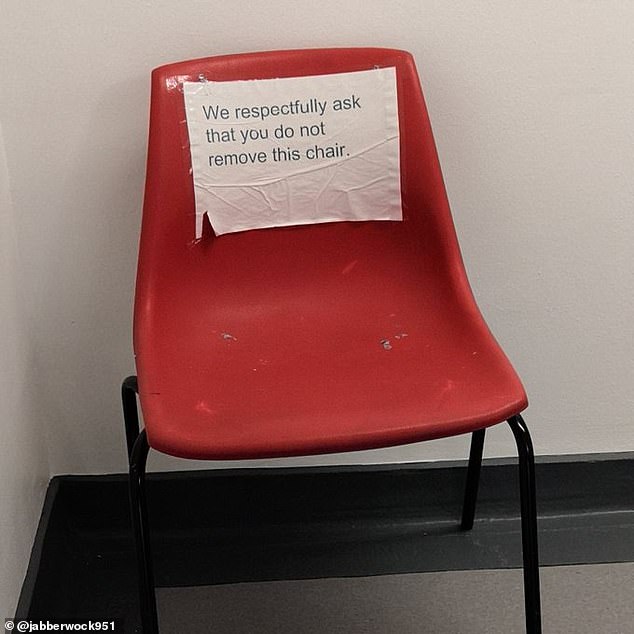 Respectfully, but very firmly put – this red plastic chair is going nowhere. It left British Twitter users brainstorming about what pranks they might pull with it 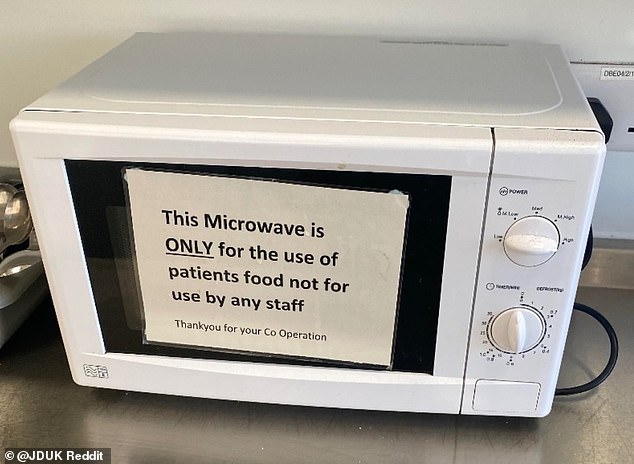 Staff must find other ways to warm their lunch according to this note, which was left in the kitchen area of an NHS facility 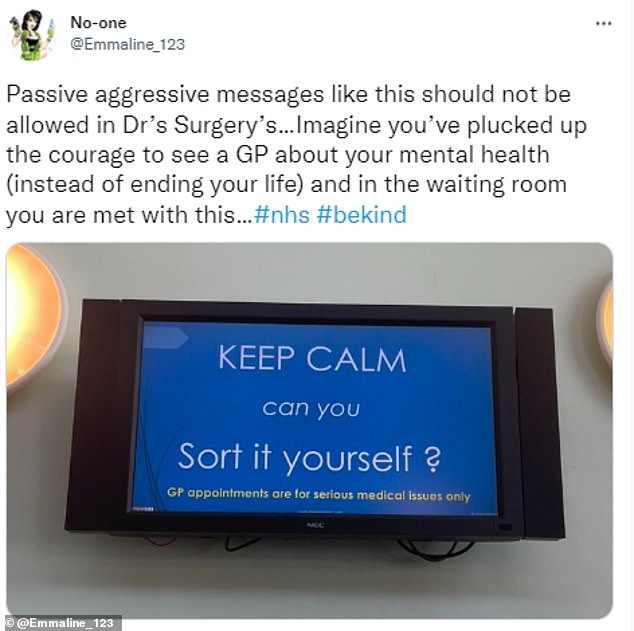 A British woman was left baffled by this sign in a local GP’s surgery, arguing it might put people off visiting 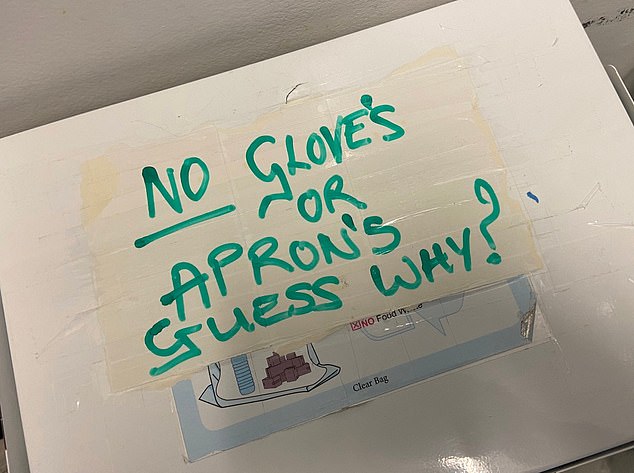