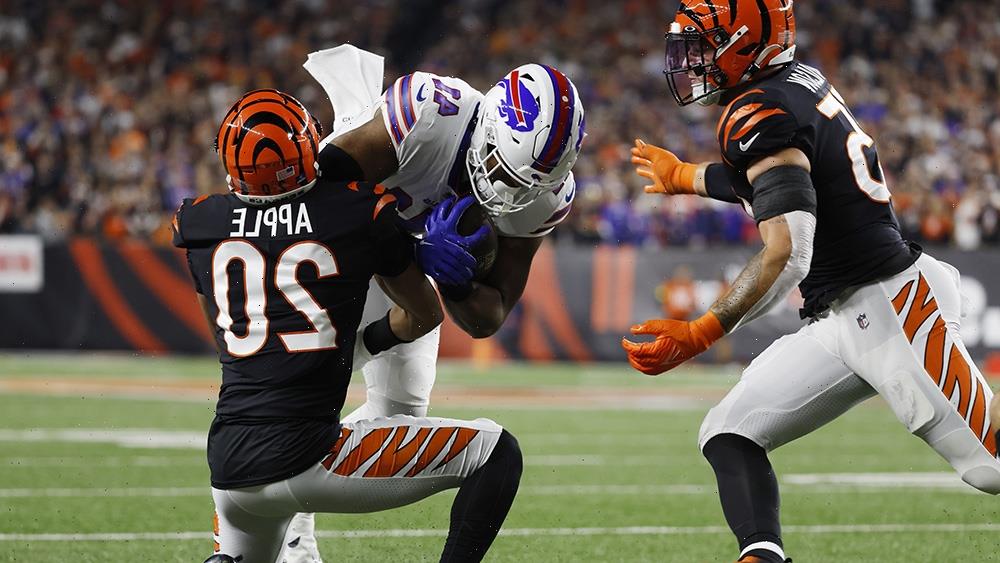 The NFL has officially canceled the “Monday Night Football” game between the Buffalo Bills and Cincinnati Bengals, which was suspended following a catastrophic injury to Bills safety Damar Hamlin.

Following a hit in the game’s first quarter, Hamlin collapsed and suffered a cardiac arrest on the field; after the player was taken from the field by ambulance, game play was suspended. The league announced Thursday night that the game will not be resumed and outlined options for the upcoming playoffs.

“This has been a very difficult week,” NFL Commissioner Roger Goodell said in a press release announcing the change. “We continue to focus on the recovery of Damar Hamlin and are encouraged by the improvements in his condition as well as the tremendous outpouring of support and care for Damar and his family from across the country. We are also incredibly appreciative of the amazing work of the medical personnel and commend each and every one of them.”

Before the news broke in the media, Goodell spoke with the Bills, the Bengals and NFL Players Association leadership and informed the other clubs of the final decision.

According to the release, key factors Goodell and the league considered when coming to this conclusion were: “Not playing the Buffalo-Cincinnati game to its conclusion will have no effect on which clubs qualify for the postseason. No club would qualify for the postseason and no club will be eliminated based on the outcome of this game. It would require postponing the start of the playoffs for one week, thereby affecting all 14 clubs that qualify for postseason play. Making the decision prior to Week 18 is consistent with our competitive principles and enables all clubs to know the playoff possibilities prior to playing the final weekend of regular season games.”

The announcement comes following a wave of positive updates on Hamlin’s condition from the UC Medical Center staff and the Buffalo Bills, both of whom gave their first press conferences earlier on Thursday.

According to the medical staff and Hamlin’s family, who also released a statement, the player opened his eyes and has shown “remarkable” signs of improvement, including written communication. Among the first questions Hamlin asked, medical staff revealed, was “Who won the game?”

Their response: “You, Damar. You won. You’ve won the game of life.”