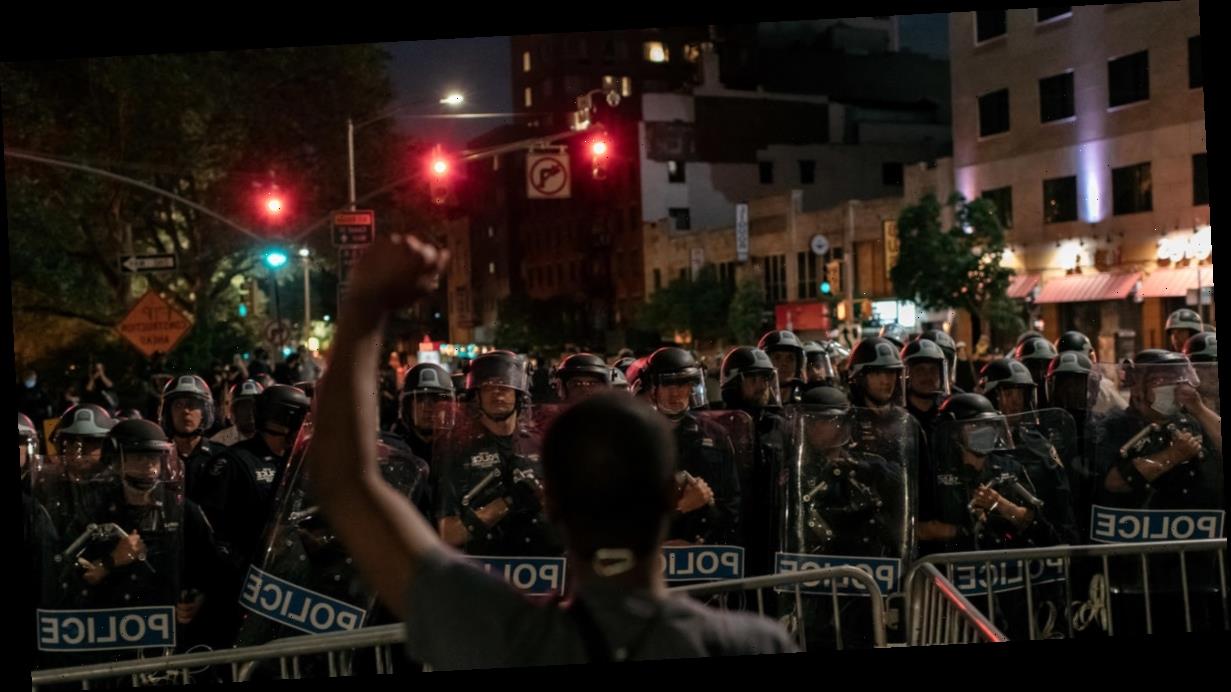 The New York state attorney general, Letitia James, on Thursday filed a lawsuit against the NYPD, alleging repeated “illegal and harmful conduct” during racial justice protests this summer and in years prior. The lawsuit, which seeks to install a monitor to oversee police tactics at future protests, alleges that NYPD officers used a litany of illegal tactics including excessive force and unlawful arrests.

“As a result of these actions, protesters experienced significant physical harm, including broken bones, gashes requiring stitches and staples, concussions, and other harm, as well as extensive psychological harm,” the office said in a news release announcing the lawsuit.

“We need immediate change to decades-old unjust policies and practices. To restore trust and ensure that reforms are fully implemented, it is critical that real changes are made,” James said Thursday in a news conference. 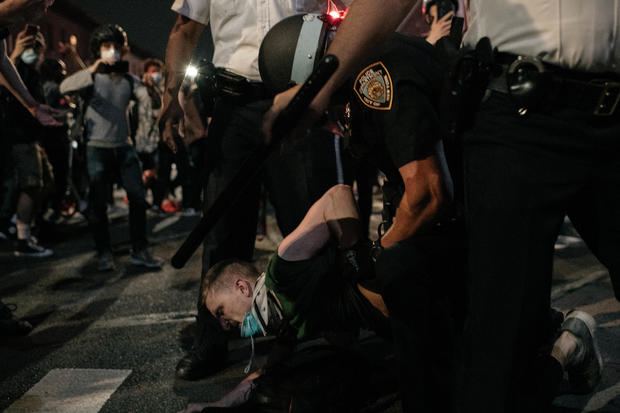 It also claims the NYPD intentionally gathered protesters and did not allow them to disperse, and later arrested them for violating a curfew they may otherwise not have violated — a tactic known as “kettling.”

The lawsuit alleges that at the June 4 protest, police kettled hundreds of protesters five to ten minutes before the 8 p.m. curfew, preventing people from leaving by pushing them with their bikes. At least 249 people were arrested for violating curfew that night, the office said, although some allegedly “begged officers to let them go home or leave the protest zone” before the curfew set in.

The lawsuit details dozens of stories of protesters facing alleged unlawful treatment, including that of Melanie Ryan, who was protesting in Midtown Manhattan on June 3. The lawsuit alleges that as the curfew came into effect, an officer “swept her feet out from under her, causing her to fall face-first to the ground, where she landed on her forehead.” Five officers then allegedly pinned her to the ground, and one is accused of punching her three times in the face.

The suit, filed against the City of New York, Mayor de Blasio, NYPD Commissioner Dermot Shea, and NYPD Chief of Department Terance Monahan, seeks widespread reform and the installation of an external monitor to oversee the department’s response at future protests. It warns that if the department is not stopped from continuing its alleged illegal practices, “there is a real and immediate threat that the NYPD will continue to chill the protected speech of New York Residents in the future.” 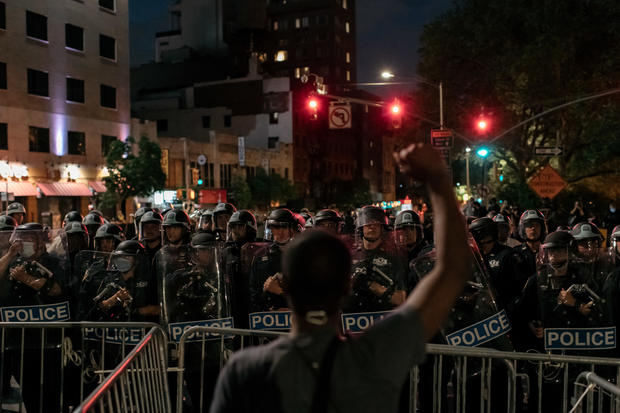 The Police Benevolent Association of the City of New York, the union that represents NYPD officers, blamed the clashes with protesters over the summer on a “failure of New York City’s leadership.”

“We will say it again: what we witnessed in June was a failure of New York City’s leadership,” union president Patrick Lynch said in a tweeted statement. “They sent cops out to police unprecedented protests and violent riots with no plan, no strategy and no support. They should be forced to answer for the resulting chaos, instead of pointing fingers at cops on the streets and ignoring the criminals who attacked us with bricks and firebombs.”

The NYPD did not immediately respond to CBS News’ request for comment, but tweeted that it “welcomes reform and has embraced the recent suggestions by both the city’s Department of Investigation and the city’s Law Department.”

De Blasio said there are “pressing reforms” needed for the department — but he said he did not support the appointment of an external monitor. “I couldn’t agree more that there are pressing reforms that must — and will — be made this year,” de Blasio said. “A court process and the added bureaucracy of a federal monitor will not speed up this work.”