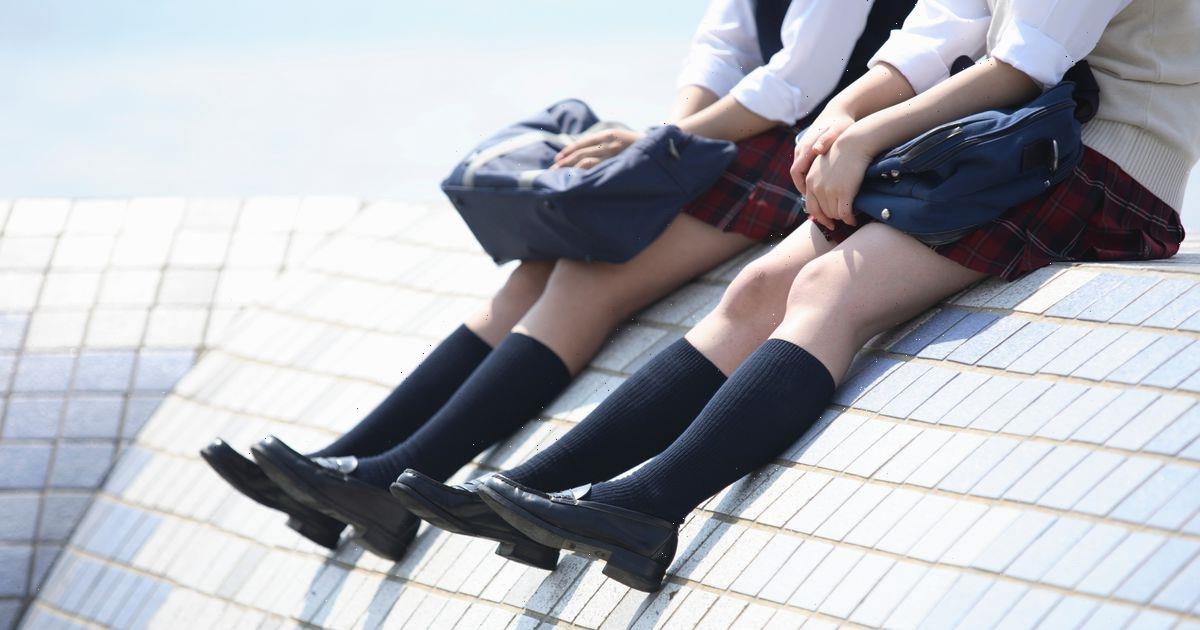 Join the Club! Get all the gossip on fashion and beauty and never miss out on top stories again

A new school term is looming over us, which means all parents out there are currently dashing around to ensure their little ones are dressed appropriately for the start of a new school year.

But as the weeks go on, and the kids settle back into their routine, the uniforms start to look less and less like they've just been purchased and more like they've been dragged through a hedge backwards – the little monsters really do have a talent..

Tu Clothing released results from their back to school survey, revealing that the top three reasons for replacing uniform include growing children, ripping holes in their clothes and food, drink or pen stains. They also found out that 49% of parents have sent their children to school wearing odd socks. Yep, that's half of the population who have sent their kids off without wearing matching socks – but who can blame them when they make such a mess of everything anyway.

Their research also found that a fifth of parents (20%) had let their child go to school in their elder siblings uniforms which were much too large for them – and with the cost of replacing and buying new uniform being so costly, we would do the same!

A further two-thirds (72%) say their kids are growing so fast, they can't replace the uniform quick enough, which explains the older siblings hand me downs coming into play. Tu also revealed that more than one in ten parents surveyed admitted that their child had worn an item of clothing to school with another child’s nametag, leading to their son or daughter being called the wrong name – oops! Not only this, but a quarter admitted that they've needed to roll up their child’s trousers, having bought them in a larger size to ‘hack’ their inevitable growth spurt.

They were happy to dish the dirt on their childrens’ uniforms, describing them at the end of the school day as; crumpled and creased (60%), stained from playdough, paint and grass stains (53%), and just plain smelly (22%). Feeling the stress for the kids return to school just from reading this? Make your life easier and shop some cheap staples for the new school term here…