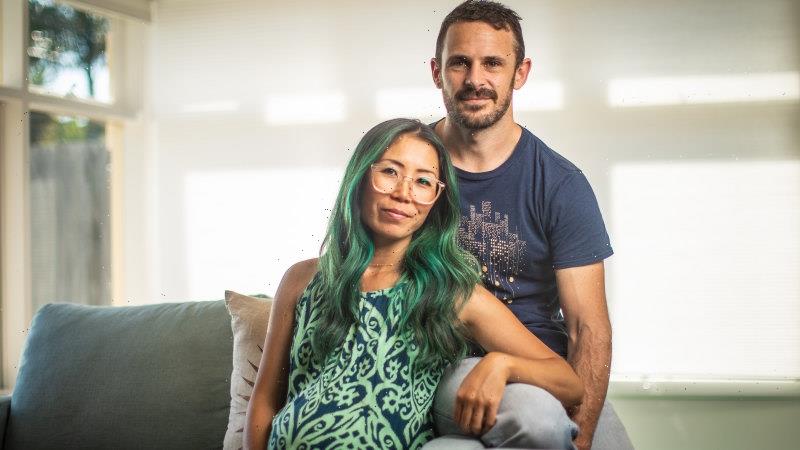 Mark Giliam and Aki Mochizuki have a 20-month-old daughter Ayla and are expecting another baby in just three weeks.

But the couple from the bayside Melbourne suburb of Seaford say they have been avoiding childcare because it’s too expensive.

Instead, they do a juggle that sees Mr Giliam working with environmental consultants as a drafter during the day and Ms Mochizuki working as a hairdresser in the evenings, with a few hours of overlap most days. 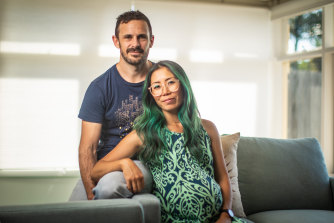 Seaford couple Aki Mochizuki and Mark Giliam have a toddler, Ayla and a baby on the way and say an increase in childcare subsidies and paid parental leave would greatly benefit them.Credit:Photo: Scott McNaughton

They live within the electorate of Dunkley, held by Labor MP Peta Murphy on a margin of 2.7 per cent, and had been hoping for a better childcare subsidy in Tuesday’s budget.

“It (childcare) basically wipes out the point of working, we juggled so we didn’t have to. But if it was easily available and subsidised better, we’d probably go to that,” Ms Mochizuki said.

Mr Giliam said he’d often have to work and take care of Ayla at the end of the day. “It would be easier if Ayla was at daycare and I wasn’t working and reading and feeding her.”

Mr Giliam said although the ability to split parental leave was useful, it wasn’t exactly what they were hoping for.

“Aki still needs the same amount of time off. I guess it’s quite good, it means I can take more time off immediately after the birth,” he said.

He said the investment in training and extra apprentices, as well as fuel excise reduction, were positive, but they were happy the petrol price slash was only a temporary measure. But they were disappointed with the lack of investment in tackling climate change. Mr Giliam said it would be better to invest in longer-term policies rather than one-off cash payments.

With a baby only a few weeks away, and Ms Mochizuki’s family overseas, paternity leave is at the forefront of their minds.

“We are about to have a baby and for the dad, they can only get two weeks paternity leave,” she said.

“Our body needs to recover and two weeks it’s not enough to recover. Two weeks after and I’ll have to walk around and look after the baby and a toddler, that will be really hard. A lot of people don’t have family support.”

She said offering more paternity leave would be helpful in those first challenging weeks.

The couple would also like to see investment in support services for new mothers and second-time mothers, including programs to foster connections.

They would love to buy a house but feel it is too difficult to get into the market. They spend about $2000 a month on rent.

“Rent is our main expense, and it costs more since we moved into the house to have more space for kids,” Ms Mochizuki said.

“If there was some way of making buying a house more affordable, that would be fantastic. Maybe limit how many investment properties people can own.”

Ms Mochizuki is originally from Japan and cannot vote in Australia so Mr Giliam says he votes with the whole family in mind. He’s looking for action on climate change, including subsidies or rebates for solar panels and rainwater tanks.

“I’d probably be more inclined to go for whoever is actually taking climate change and the environment and you know, looking a bit further ahead,” Mr Giliam said.

“That’s my big concern. It’s good to have nuclear submarines, but it’s not great if we are on fire and under floods.”