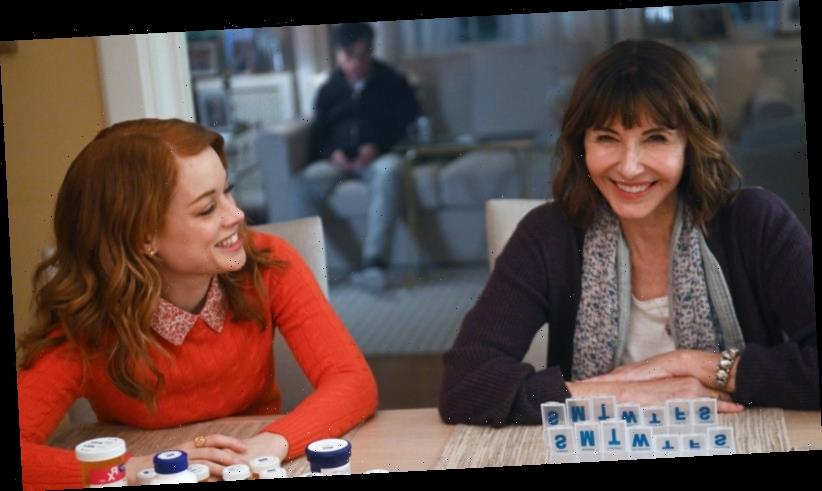 It's too easy to miss brilliant streaming shows, movies and documentaries. Here are the ones to hit play on or skip.

Could a jukebox-musical dramedy made for American network TV be anything more than the television equivalent of being gaffer-taped to a seat in a basketball stadium while We Will Rock You blasts out of the PA on an endless loop? Well… yes, thanks largely to the great charm of Jane Levy (Suburgatory) and some thoughtful writing. But Zoey's Extraordinary Playlist does take a while to get its dancing feet beneath it. 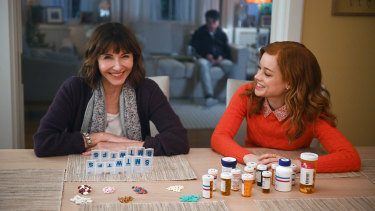 The ridiculous set-up is this: San Francisco tech type Zoey (Levy) suddenly gains a superpower – or super-psychosis – that makes it appear as though people are singing well-known pop songs around or to her. These songs provide insights into people's emotional states in a manner that might be described as crushingly literal. The hidden stress of the average San Franciscan, for instance, manifests itself as a street full of pedestrians bursting into a song-and-dance rendition of The Beatles' Help!.

This new hallucinatory hellscape extends everywhere Zoey goes, from the office where she works under a crabby boss named Joan (Gilmore Girls' Lauren Graham) to her parents' home, where her mother (the wonderful Mary Steenburgen) cares for her father (Peter Gallagher), who is almost paralysed and slowly dying from a degenerative disease. 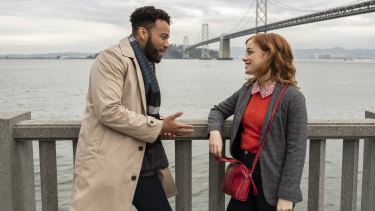 The only person Zoey can confide in is her next-door neighbour, an androgynous nightclub DJ named Mo (Glee's Alex Newell), who is coincidentally the only person that Zoey can't get a top-40 read on. The dance numbers are impressive – the likes of Skylar Astin and Stephanie Styles have been on Broadway, and almost everyone can dance like a duck on a hotplate – but the quality of the musical cover versions varies considerably.

The obligatory rom-com tropes feel tired – Zoey falls for a hot new guy (John Clarence Stewart) only to learn that he's already taken (for the moment, at least) – and the dialogue dissecting bleedingly obvious lyrics is redundant. But there are things to like too.

Graham has a fun character who gets some good lines, and series creator Austin Winsberg touches on more interesting territory around the pressure and strain of being a carer and the tendency of many men to bottle up grief and other emotions. The series won't top many charts and will suffer by comparison to Crazy Ex-Girlfriend (Netflix), which is packed with terrific original songs. Still, it's a bit of fun in a world that needs it.

Rob McElhenney (It's Always Sunny in Philadelphia) looks like he's having a blast in this free-wheeling little workplace comedy about the dysfunctional team behind a World of Warcraft-style online game. 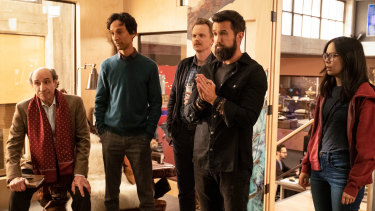 McElhenney is the game's egotistical creator, Australian Charlotte Nicdao (Get Krack!n) is the sharp-tongued coder who does the heavy lifting, and F. Murray Abraham is the ancient, lusty fantasy writer who comes up with the game's storylines and might or might not be living in his office. Tech-savvy fun.

A surprising, thoroughly compelling documentary series about Louisiana pharmacist Dan Schneider, whose eccentric, obsessive nature turned him into a relentless terrier of a human being after his son was shot dead trying to buy crack in New Orleans in 1999. Having risked his life getting to the bottom of that case, he went out on a whole different limb trying to tackle the prescription opioid crisis devastating his town and country. A great testament to the power of the implacable pest. 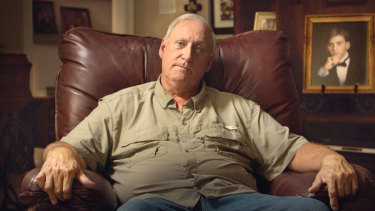 Dan Schneider stops at nothing to find answers relating to his son’s death, in Netflix’s The Pharmacist. Credit:Netflix

What Did Jack Do?
Netflix

There are few things as wonderful as watching David Lynch doing precisely what he wants to do. This delightfully weird black-and-white short has Lynch playing an old-fashioned detective in an old-fashioned railway-station waiting room interrogating a capuchin monkey suspected of murder. Beneath the absurdity and non-sequiturs there's an emotional weight to the elliptical back story, and the monkey's wonderfully expressive face – guilty, agitated, rueful – suits the piece perfectly.

Better Call Saul returns with loads of colour, swagger and pitch-black humour. Not to mention a whole hell of a lot going on for newly reminted lawyer Saul Goodman (Bob Odenkirk), ruthless drug boss Gus Fring (Giancarlo Esposito), and everyone unfortunate enough to be around them back there in long-ago Albuquerque. 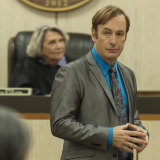 Bob Odenkirk is back for season five of Better Call Saul.

There are developments too in the grainy black-and-white of present-day Omaha, where all is definitely not well at the Cinnabon. Odenkirk is in his customary fine form as the fast-talking, manipulative Jimmy/Saul gets right back to work. The character's self-involvement and self-assurance delegates any potential moral qualms to Kim (Rhea Seehorn), who, as ever, shares the viewer's emulsion of feelings towards him.

Naturally, the butterfly effect abounds. The second of next week's back-to-back episodes (the first arrives on Monday; the second on Tuesday) captures one of those effects in memorable style as Saul's attempt to drum up low-life business contributes to a couple of dirtbags going on a breathlessly rendered meth bender that ends not with a bang, but with a consequential-sounding whimper. Plot and character in perfect harmony.

Season nine arrives in Australia hot on the heels of season eight, and that familiar foot-in-mouth rhythm is right there as the men of Cold Feet continue to prove themselves dumber than a dad in a margarine ad. The fact that Adam and Karen (James Nesbitt and Hermione Norris) are now an item has David (Robert Bathurst) seething, but Adam has problems of his own: his boorish, tone-deaf and downright offensive behaviour might cost him his job. Michelle Holmes is a hoot as David's new boss.

*Stan is owned by Nine, the publisher of this masthead.