The morning after one of the most intense tornados recorded in New Jersey history all but demolished the largest dairy farm in the state, owners Marianne and Wally Eachus looked at each other and just cried.

"What are we going to do?" they asked one another.

Just 12 hours earlier, the couple was eating dinner when cellphone weather alerts warned that a tornado was imminent. The clouds were intense and swift, then there was a sound like a freight train, Marianne recalled.

They ran to the basement just in time for the EF3 tornado, one of seven that ripped through parts of New Jersey and Pennsylvania during last week’s storm, to pass over. Barely three minutes went by, and it was gone. 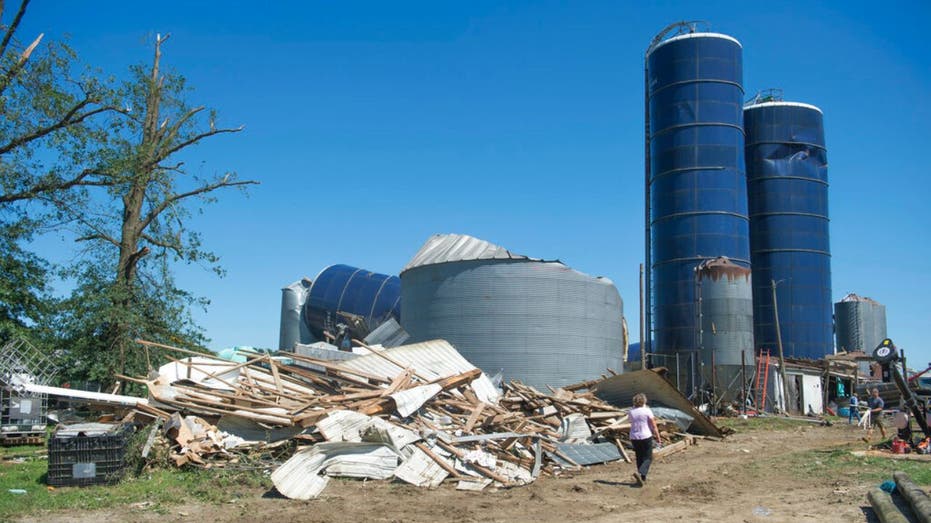 When the owners of Wellacrest Farms in Mullica Hill, a suburb of Philadelphia, came out of their basement along with other family on their homestead, they saw that two of their massive grain silos had toppled over. Some barns were completely reduced to concrete, roofs ripped off others, equipment was demolished, uprooted trees crashed into the old farmhouse.

And hundreds of cows were trapped under collapsed barns. Thirteen have died, a couple dozen more suffered injuries. A crew was milking when the twister ripped through and had only seconds to hide and hold on. They saw several cows swallowed by the funnel. Up to 100 cows were still missing Monday morning. 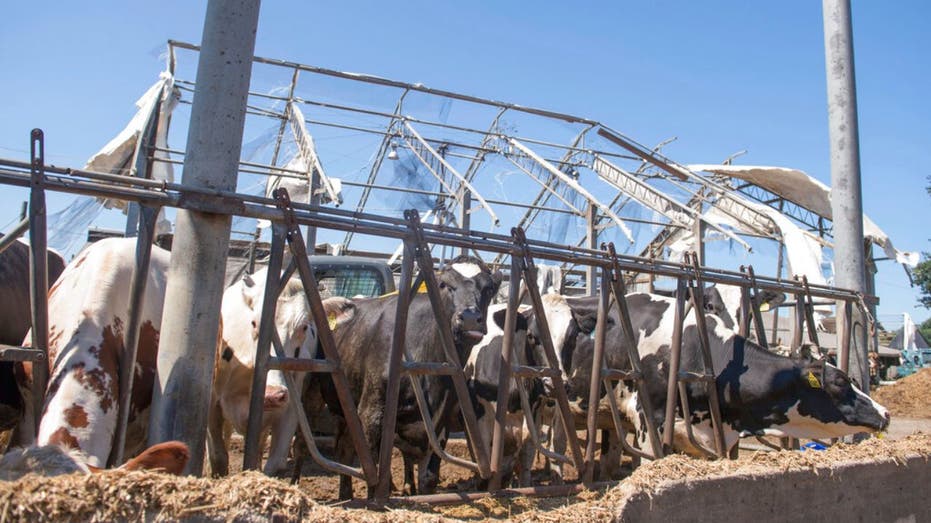 Cows are shown in front of a damaged Wellacrest Farms after a tornado passed through the area earlier in Mullica Hill, N.J., on Thursday, Sept. 2, 2021.  (Joe Warner/NJ Advance Media via AP / AP Newsroom)

Somehow, there were no additional deaths on the dairy farm from the tornado. But the storm also produced historic rain and massive flooding from the remnants of Hurricane Ida that killed at least 50 people in six Eastern states, more than half in New Jersey alone.

Those drenching rains came at the farm and for hours, Eachus and her family, joined by neighbors and friends, worked to corral the cows back into pens.

Wellacrest Farms was established in 1943 by the parents of Marianne’s husband, Wally Eachus. Just over 20 years ago, Marianne and Wally took it over and still run it with the help of their kids. Wellacrest produces more than 17 million pounds of milk annually and works with other farmers to share and sell crops. There are 1,400 cows on the property — about half of them are milking cows. 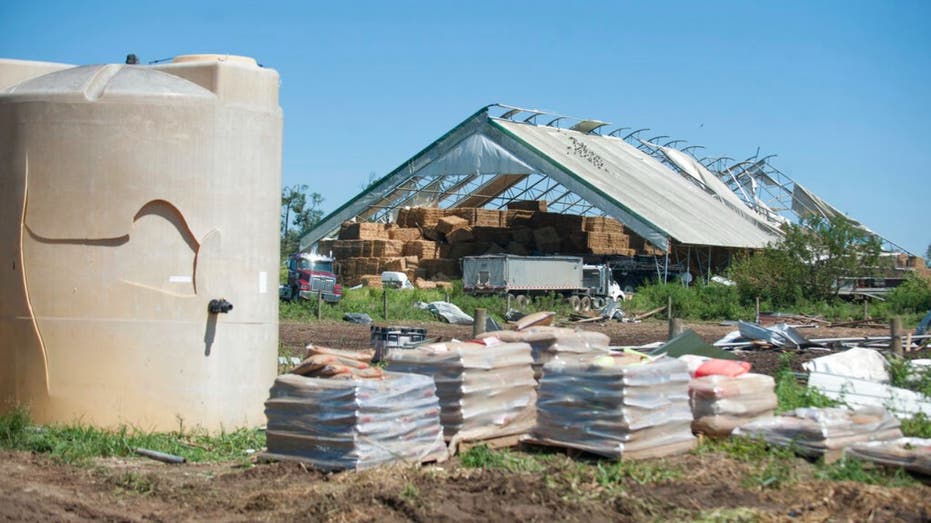 In the days after the destruction, the Eachus family has seen an outpouring of support and help. Local businesses brought in excavators to help free cows, others helped with electricity, plumbing, even more helped haul away debris. The cows have food, water and somehow, the entire milking operation has returned.

Megan Miller, a family friend whose husband, Brandon, works on the farm called that a "blessing." The Millers got a phone call from the Eachus family that the tornado had hit them directly.

"I just cried," she said when they drove up and saw the devastation. 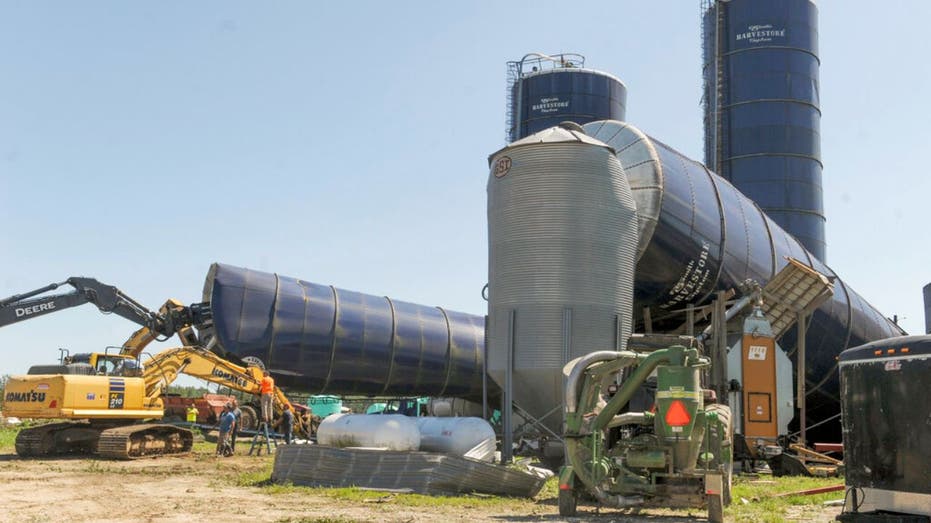 A GoFundMe started by fellow farmer Hillary Stecher reached $60,000 by Monday morning. The goal is $1 million.

"It takes a village to rebuild an operation such as this that has been almost completely diminished in minutes," Stecher said. 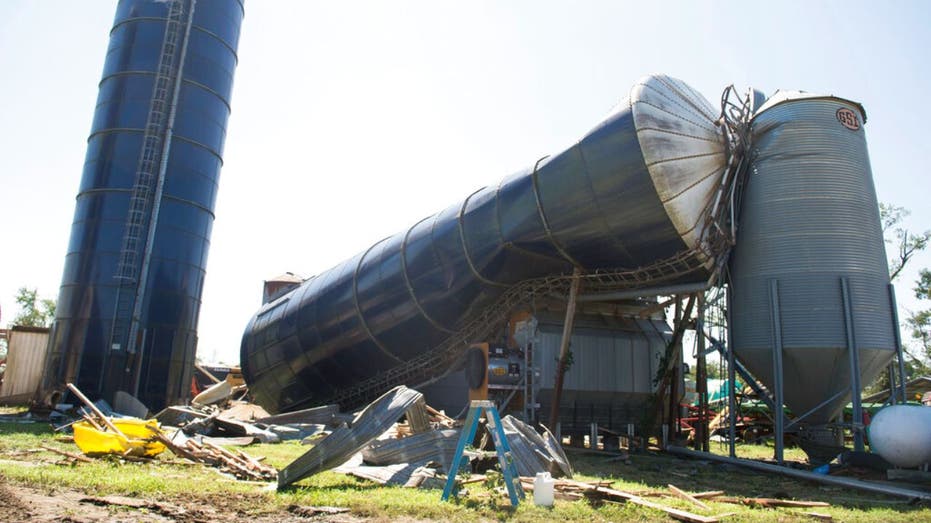 "I don’t know how we will rebuild," Eachus said. "We have no choice. We have to. Or all this is for nothing. Will we just walk away? We can’t, this is our home."