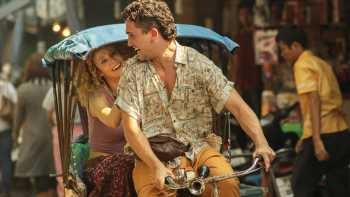 Just Episode One was screened and its contents under wraps for the press until the global bow on Netflix on July 19.

If the reaction of the Madrid audience was anything to go by, however – though they might be called a little biased, including multiple members of cast, Pina’s Vancouver production house crew, who emerged as one of the stars of proceedings – Ep. 1 is one 50-minute adrenaline fix.

Several moments drew applause and cheers from the a knowing audience, well versed in Parts One and Two which spilled out onto the central Callao Square inMadrid enervated by the episode.

Sarandos’ presence alone speaks volumes of the importance of the show for the streaming platform not only in terms of global audience but what it says about Netflix’s gameplay: To drive up international subscriptions not only by the appeal of foreign-language shows in their own local markets but also far beyond to many of Netflix’s now 148 million subscribers around the world.

“For generations one country and one culture have been exported around the world, but what ‘La Casa de Papel’ proves is that great stories can come from anywhere in the world and make the whole world happy,” said Sarandos,

Introduced to the audience by Francisco Ramos, Netflix VP, Original Series, producer of “Elite,” another big Netflix hit, Sarandos added: “The show is extraordinary. It is from Spain but viewed all over the world. From Istanbul to Paris, from Rio to Los Angeles, fans love this show, they cannot wait, they can’t get enough of this infamous men, and they are waiting for the return.”

Thanking Pina and his producing partner Cristina López, Sarandos announced that “we really have the best international superstar cast to make this show possible” – an indirect reference to how the fame of the series’ actors, none real stars outside Spain before “La Casa de Papel” – has spiked hugely with the series, which was declared by Netflix in April of last year to be its most-watched non-English series ever.

Pina also thanked Diego Avalos, previously  in Los Angeles but named head of fiction in Spain this February, for a night of conversation “about phones and socks” before describing the La Casa de Papel gang as a band which “robs, feels and makes people laugh.” Pina’s take on his series is that it is an eminently Latin action thriller whose characters wear their emotions far more on their sleeves than more buttoned U.S. personages.

Giving thanks above all to the crew of “La casa de papel” – whose work on Part 3 looks destined to be one of the talking points of the new season – Alvaro Monte delivered a message in English to “La Casa de Papel” fans:

Talking about resistance to the system, Morte looks to be teasing one of the appeals of Part 3 where the band’s representation of the world’s disaffected, social write-offs, misfits, the marginalized – may become all the more clear.

In a festive atmosphere, the presentations were met by cheers by a hugely enthusiastic audience. The after-premiere party will have gone on far into the night.