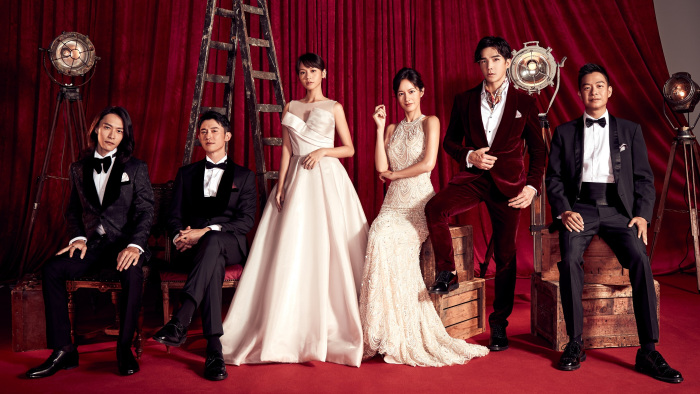 Netflix has set late 2019 and early 2020 air dates for a trio of Chinese-language original series that it has made in Taiwan.

Crime thriller, “Nowhere Man” will go to air from Oct. 31, 2019. Directed by DJ Chen and starring Alyssa Chia, Mavis Fan and Joseph Chang, the story involves a strange encounter that causes a man awaiting execution to experience alternate timelines. That leads to his escape from prison to protect his family.

The Neal Wu-directed action comedy, “Triad Princess,” gets its first airing from Dec. 6. It stars Eugenie Liu as a woman who grows up in the shadow of her mafia-affiliated father. She defies his wishes and takes a gig as an undercover bodyguard for a famous actress.

Viewers will have to wait till January 2020 for “The Ghost Bride,” a period thriller set in 1890s Malacca. There a young woman finds herself in the afterlife and becomes mired in a murder mystery connected to the deceased son of a wealthy family. The series is directed by Ho Yuhang (“Mrs K”) and stars Wu Kang Jen, Huang Peijia, Ludi Lin, and Tian Tze Kuang. All three series have been previously announced.

The Taiwan production scene is undergoing a minor revival boosted by the ambition of global and regional streaming services to deliver Mandarin-language content, but without the cost and regulatory restrictions that might come with producing fiction in mainland China. Fox Networks and HBO Asia are also producing shows in Taiwan and all see it to some extent as a proxy for China, where they either cannot operate or enjoy only limited landing rights.

Taiwan has been self-governed since China’s Kuomintang fled the Communists in 1949. While a military regime held sway in the early years, the territory has held direct democratic elections for president since 1996, and the island’s political environment now allows creative freedom to blossom.

“This is the first time that Netflix is creating original content in Chinese and it has been an incredible experience specifically when Chinese-language storytelling has such a deep legacy steeped in culture and history,” said Erika North, Netflix director of original content in Asia.

“I have always been wary of TV productions which tend to have rushed timelines,” said Malaysia-based Ho. “(But) I loved the cinematic treatment with The Ghost Bride, shot and produced in 4K HDR no less, like one long movie but in a multi-episodic format. That was fun because I was then able to focus more on the craftsmanship of each scene, character building, dialogue design, and storytelling.”

While Netflix is barred from operating in mainland China, over the past year it has acquired Chinese-language content including films and TV series including “Dear Ex,” “Green Door,” “Us and Them,” mainland Chinese sci-fi hit film “The Wandering Earth,” “Meteor Garden” “The Defected,” “On Children,” and “The Rise of Phoenixes.”