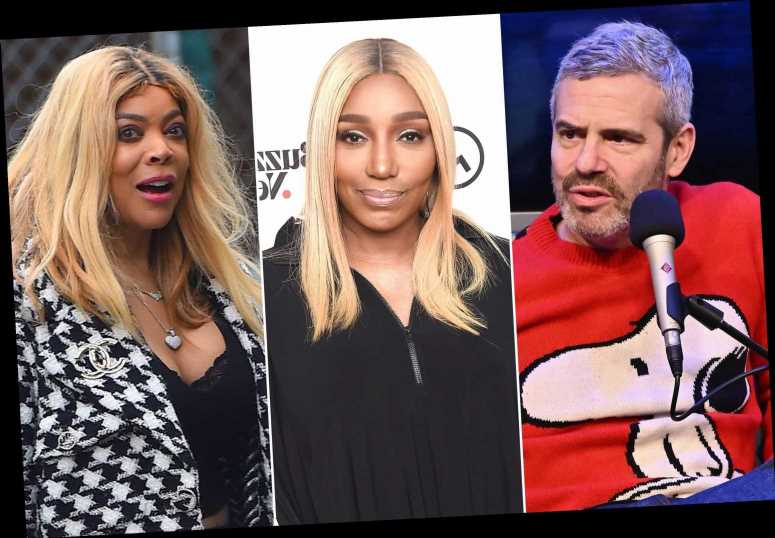 NeNe Leakes is lashing out at Andy Cohen and Wendy Williams on Twitter after the talk show hosts discussed her “Real Housewives of Atlanta” departure on “Watch What Happens Live” on Sunday.

In several tweets, the reality star did not mention Cohen, 52, or Williams, 56, by name, but alluded that her heated remarks were about them by referencing their individual shows and retweeting other negative comments that did mention their names.

“Both are f their ratings are LOW! Bye QUEENS,” Leakes, 52, tweeted on Sunday. She then added, “She on cocaine so they should stop using her to talk! They both need my help with their poor ratings.”

In apparent tweets to Cohen, she wrote, “Keep trying me sir and imma let the world know who you really are” and “The racist is the master manipulator! They using me for ratings like they have always done.”

“I will ALWAYS eat and eat good!” the former “RHOA” star added. “Believe that. I have ALWAYS believed in multiple streams of income so the leakes are good you ole cocaine head and you ole racist. No one knew you until YOU knew me. Remember I’m ICON. Don’t forget.”

Leakes also retweeted a fan’s comment that said, “Damn I’m late Winnifred a.k.a. (wendy)… Said Whattt!!! She is HATER #1 Who the F does she think she is Oh I forgot Wendy is perfect in her own little bubble. That’s why her husband was with his real WIFE to her ‘everyone’ is beneath her #narcissistic.”

She also retweeted a clip of the “WWHL” episode that apparently upset her alongside a fan’s comment that said, “Andy is THE biggest Gaslighter in all the Land of Housewives. I want to hear what @NeNeLeakes knows. #secrets #WWHL #BravoTV #RHOA.”

Leakes concluded her remarks by alleging that “systemic racism” played a part in her issues with Bravo.

“We strictly talking the OG’s. I was the ONLY BLACK OG,” she tweeted. “My white counter parts were elevated and given full season episodes EVERY season. Each season i was given less & less. Don’t ask me, @ Andy and @ Bravo and ask them why

In the “WWHL” segment, Williams claimed she and Leakes are still friends, but said that the reality star likes “dramatic attention.”

“I don’t know what Nene is going to be doing for money,” the talk show host added. “I’m not trying to count coins, but the ‘Housewives’ is that one thing that all the girls use to promote their other stuff.”

“Yeah, it’s a great driver for promotion,” Cohen said in agreement with Williams, but pointed out that Leakes “probably has a lot of opportunities and hopefully will come back.”

Williams then suggested that any spinoffs about Leakes being a grandmother or about her relationship with husband Gregg Leakes would be “boring.”

Over the weekend, prior to “WWHL” airing, Leakes claimed Bravo executives don’t think she “deserves to work at all.”

The former “Real Housewives of Atlanta” star — who announced she was leaving the show on Sept. 17 — claims to have a strained relationship with the network.

When one fan tweeted, “Nene! Can @BravoTV give you the spinoff you deserve?” she responded, “They don’t think i deserve to work at all in any [capacity].”

Earlier this month, the reality star shared on her YouTube channel that negotiations for the upcoming season had been “extremely long, exhausting, tiring, [and] emotional.”

“There’s been a lot of emotion flying from both sides,” she added. “It has been hard.”

Reps for Bravo, Cohen and Williams did not immediately return our request for comment.