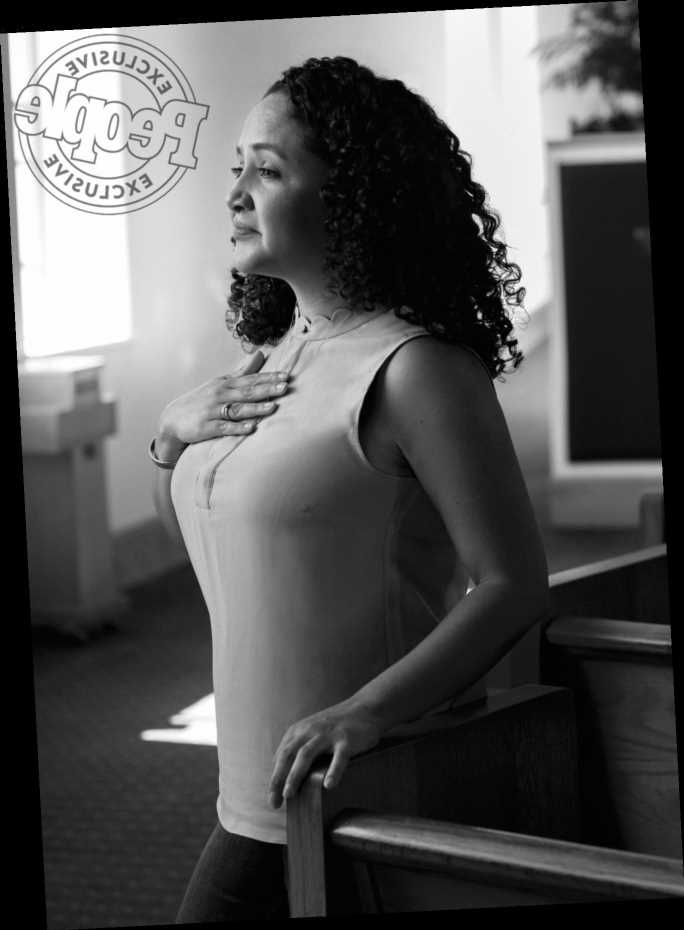 Nelba Márquez-Greene is not a gun control activist, or a politician, or a pundit.

She’s a grieving mom, and she’s working to support other families devastated by tragedy by helping to guide the public conversation on trauma and its aftermath.

“There is a constant pressure to hurry your healing,” says Márquez-Greene, one of PEOPLE’s 2019 Women Changing the World. After her daughter Ana Grace, 6, was killed in the 2012 school shooting at Sandy Hook Elementary in Newtown, Conn., the licensed marriage and family therapist, 44, found that the response from even well-meaning people was often misguided.

“Everyone wants to fix it,” she says. “People really, really want to see you redeem your story. They want something good to come of it. I tell people all the time, if every law changed, if every wrong is righted, I still don’t have a daughter. There is an anxiety for people, because they see your suffering. We are not good at sitting in the suffering of people, especially when there is no resolution for example in gun violence and other tragic losses.”

For Márquez-Greene, ensuring that the effects of gun violence on supporting survivors and loved ones is a key focus.

“I admire and support and deeply thank the men and women, families and youth that have taken on the issue [of gun violence prevention],” she says. “It is a core issue for me. But to limit my identity to gun control activism would be missing that there are many injustices, and that many issues that impact families that contribute to gun violence. That includes mental health. That includes racial and cultural equity and community resources.”

To help address those issues, Márquez-Greene founded The Ana Grace Project in 2013 to promote love and compassion in schools for children who have endured trauma; since then, the group has helped thousands of students.

“We started in one classroom in one community six years ago,” she says. “We’re at the point now where we’re in every classroom in the community. We’re in 11 elementary schools and we offset the cost of having a full-time therapist in each of those schools. We can teach these kids to dream. Not only do we want them to think about right now, we want them to think about college and after.”

Ana Grace was “the only Black and Puerto Rican victim of the mass shooting at Newton,” notes Márquez-Greene, whose older son, Isaiah, survived the shooting. “Many girls and women who look like her die every day, and we don’t notice. I think it’s incredibly important to use our platform to address the issue of inequity.”

Sybrina Fulton, whose son Trayvon Martin was killed by gun violence in 2012, praises Márquez-Greene for her empathetic leadership among mothers who are suffering tragedy.

For much more on PEOPLE’s Women Changing the World 2019, pick up this week’s issue of PEOPLE, on newsstands Friday

Guided by her Christian faith Márquez-Greene says she and her husband, musician Jimmy Greene,, “prayed the same prayers” with Isaiah the night of the Sandy Hook shooting — December 14, 2012 — as they did every other night, “except we did it as a family of living three instead of living four.”

“We don’t believe in a slot-machine Jesus,” she says. “We believe in a Jesus that understand suffering and is with us in suffering, and is not judging or pushing or saying hurry up and make this redeemable.”

As the gun violence epidemic continues to ravage America — an average of 100 people are killed by gun violence every day in the U.S. — Márquez-Greene works to remind people that courage is not always what it looks like from the outside.

“I would remind people that the most courageous thing my husband and I did on December 15, 2012, was get up and raise our son,” she adds. “It was continuing to live in expectation of good, continuing to have our faith compel us to say, ‘Okay, this is not what we wanted, but it is what we have.’ And how do we now face the world in a way that we can be proud of, honor God, honor Ana and give Isaiah something to look to?”

She urges others to remember that the pain of a tragedy does not diminish, and that loved ones need ongoing support.

“Yes, we smile; yes, we have moments of joy; yes, we have incredible resolve,” she says. “But speaking for me and my family, I am still carrying the same weight I did on December 14 when we found out Ana was dead. It is the same. That doesn’t change. What changes is your adjustment to that weight you’re carrying, and the number of people in your life who are helping you bear the burden a little bit differently. And that’s why community and connection are so important. We all have a responsibility to be part of that.