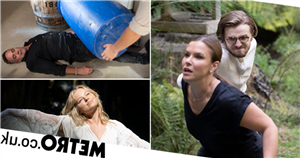 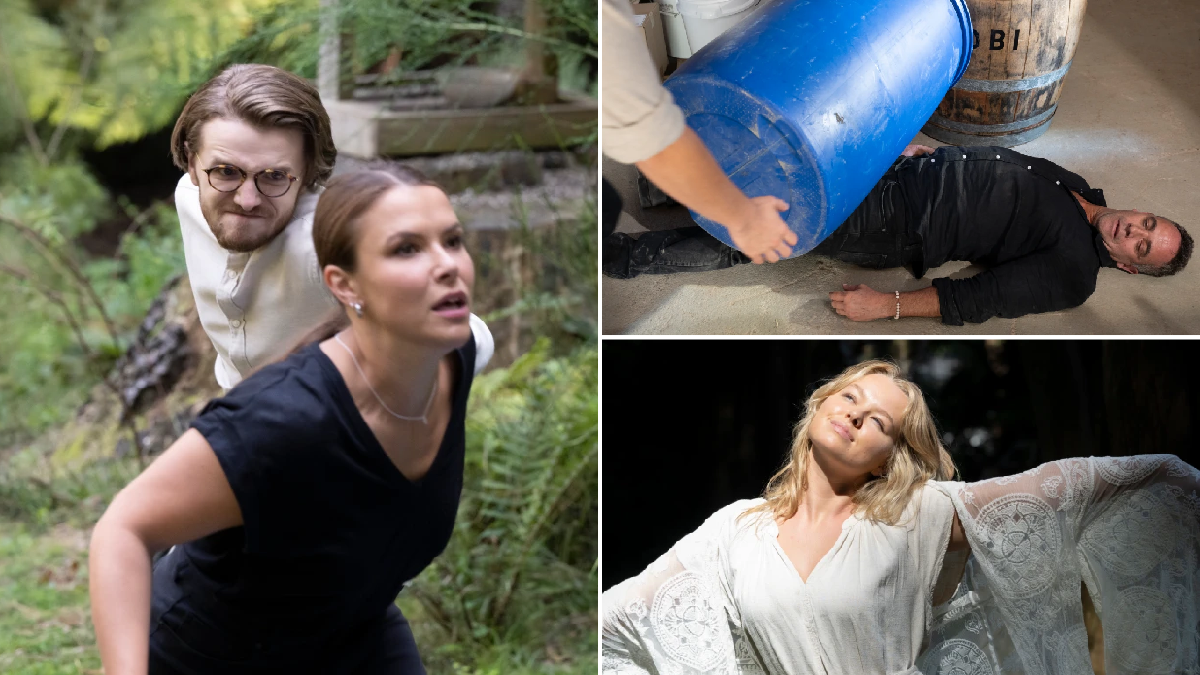 Death could be on the cards in Neighbours next week, as two of Ramsay Street’s finest are left fighting for their lives.

Corey (Laurence Boxhall) ups the ante in his mission to bring Harlow Robinson (Jemma Donovan) into The order, as he kidnaps and drugs her at a remote cottage.

Freya Wozniak (Phoebe Roberts), however, is on his tail, and she manages to find Harlow in an addled state.

But before she can rescue Harlow, Corey rocks up with a watering can in tow, and proceeds to attack her!

Will Freya live to tell the tale? What’s more, will Harlow be rescued from evil Corey’s grasp before it’s too late?

Glen Donnelly (Richard Huggett), meanwhile, can’t help but feel guilty over the awkward dynamic at the vineyard, and thus he takes on more work in a bid to distract himself.

In the process, he pushes himself too far, ending up in a bad way! Leo Tanaka (Tim Kano) subsequently finds him, but will it be too late to save his life?

It’s shaping up to an eventful week in Ramsay Street, and we’ve got all the spoiler pictures you could possibly need!

Neighbours airs these scenes w/c Monday May 23 on Channel 5.