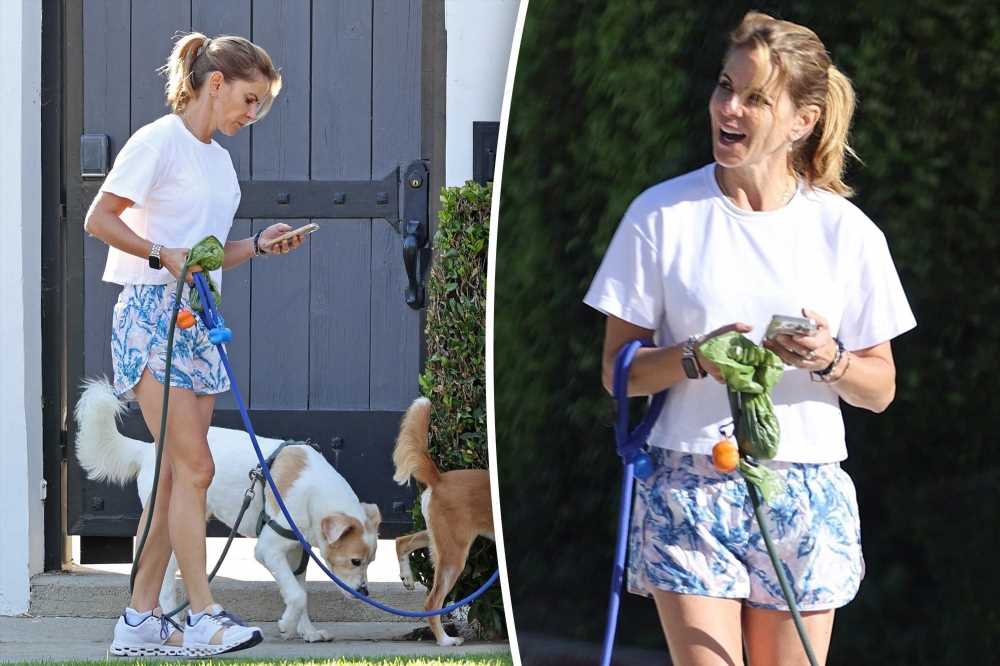 Natalie Morales appeared to be in great spirits as she walked her two canine companions Saturday morning in the Los Angeles neighborhood of Brentwood, one day after announcing her departure from NBC, reportedly in favor of a co-host position on CBS daytime series, “The Talk.”

Morales kept things simple in a white T-shirt, floral-print shorts and sneakers as she controlled her two dogs with green and blue leashes, managing to do so while barely looking up from her phone. 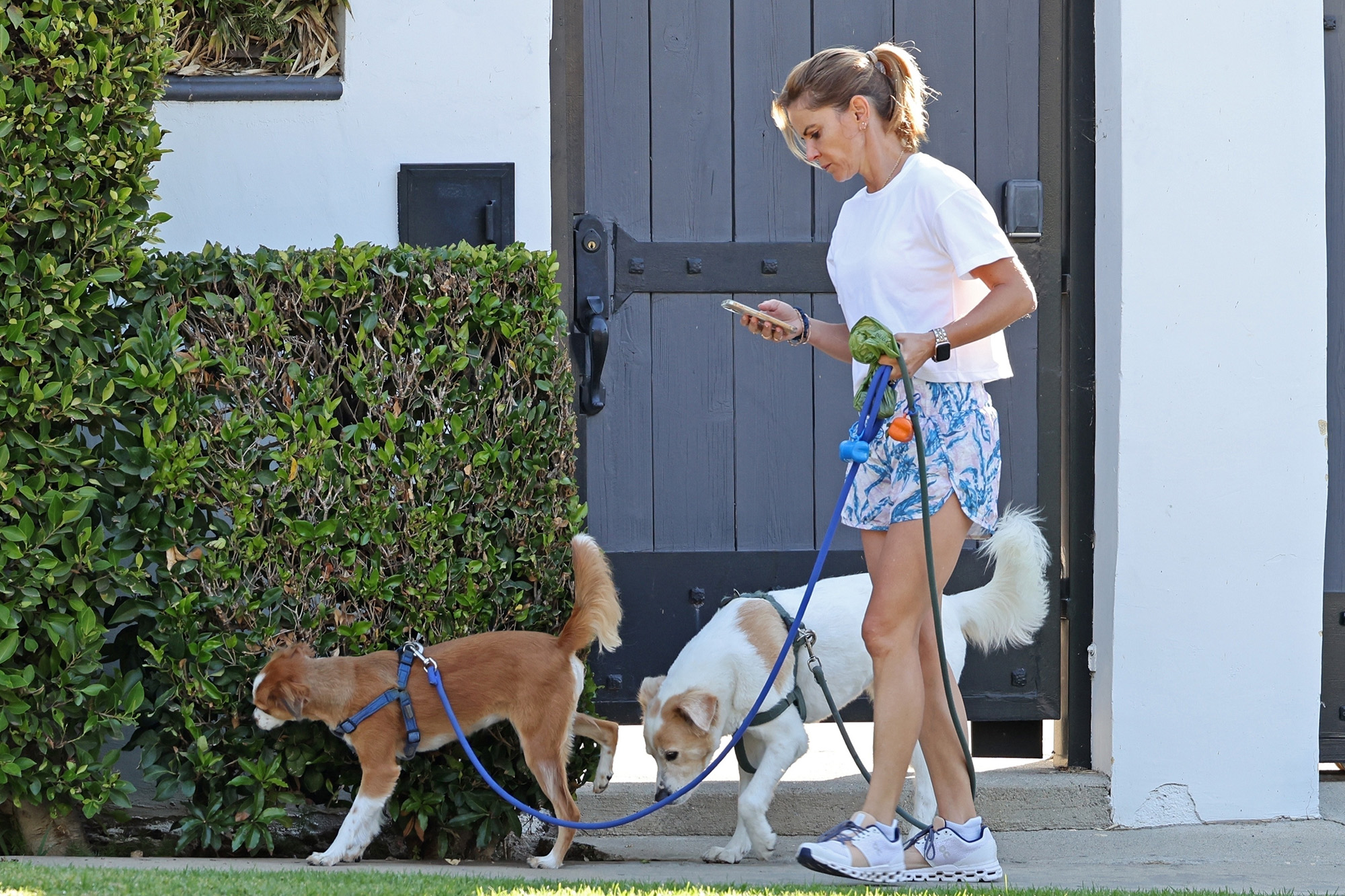 On Friday, Morales sent out an email to NBC staffers announcing she would be leaving the network “for an exciting new opportunity” after more than two decades at the network.

“To my ‘Dateline’ and ‘Today’ show families, it’s very hard to say goodbye … and we all know in this business it’s never goodbye but see you later. I’m eternally grateful for the support and deep friendships that will remain no matter where our paths lead. I have so much to be thankful for and for every one of you who helped me get here… muchísimas gracias mis amigos,” she said in the email. 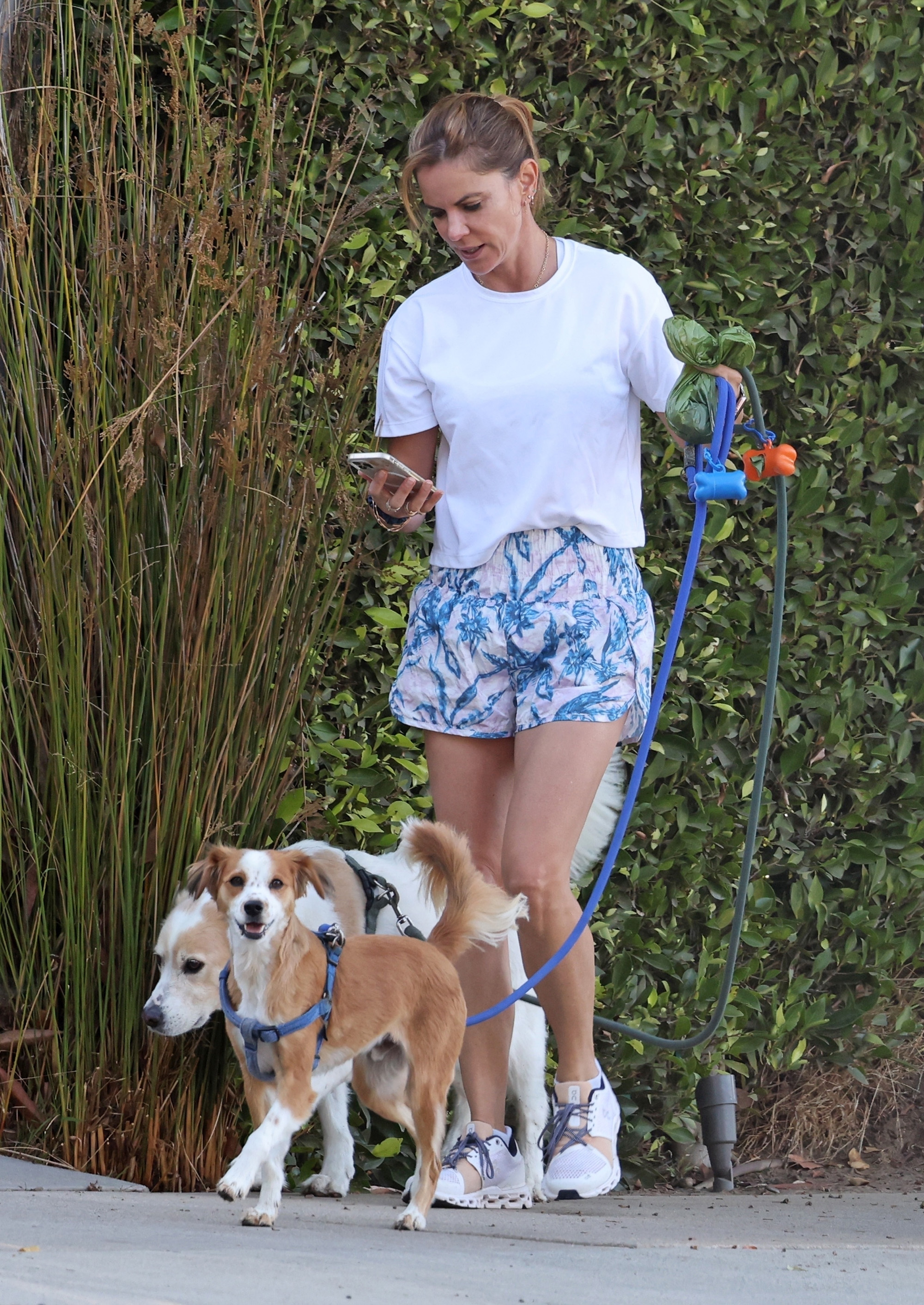 The Daily Mail was first to report the broadcast pro would be transitioning over to “The Talk,” though she played coy when asked about the potential career move.

“I don’t know what you’re talking about,” she claimed when asked about “The Talk” Friday, continuing, “but I’m happy to have a new chapter in my life, and a new opportunity. Onwards and upwards.” 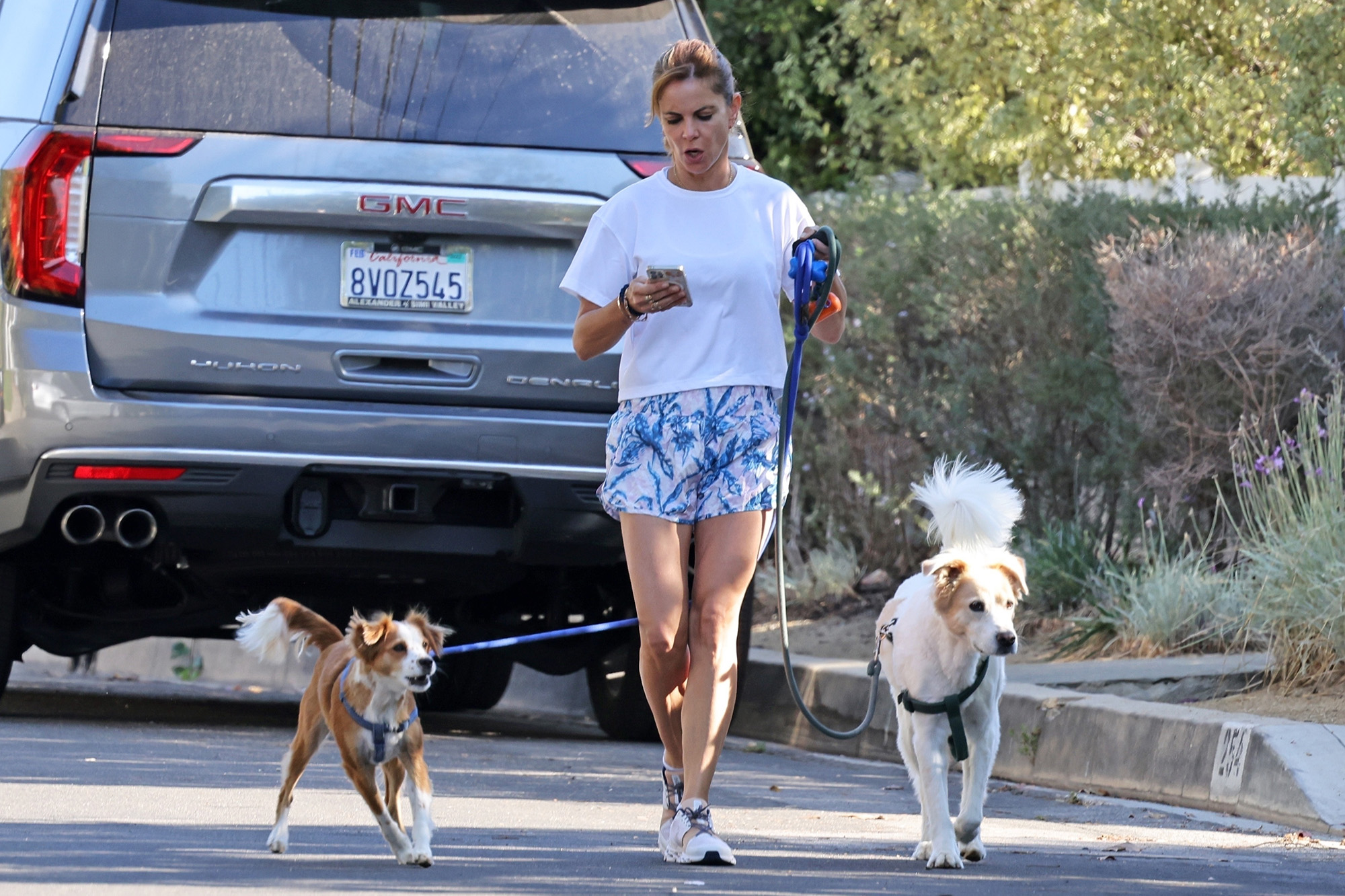 If Morales makes the move over to CBS, she will be joining Sheryl Underwood, Amanda Kloots and fellow newbies Jerry O’Connell and Akbar Gbajabiamila, both of whom were hired earlier this year to replace Carrie Ann Inaba and Sharon Osbourne amid the show’s infamous race row incident that forced the latter out.