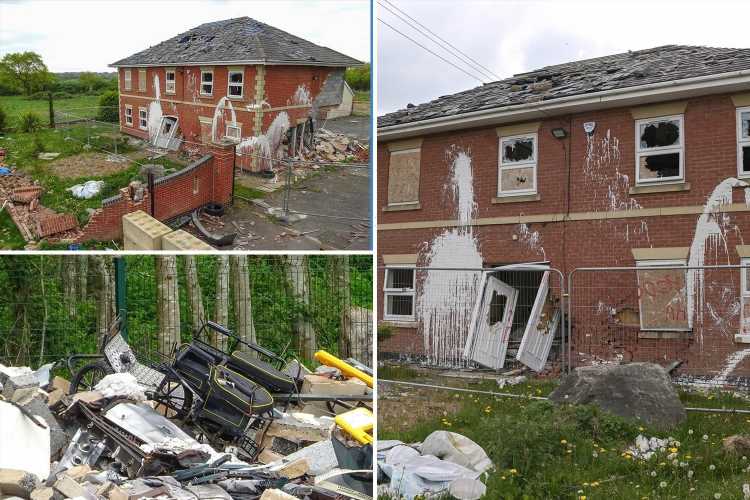 A ONCE-GRAND mansion has been left to rot after it was mysteriously abandoned by its owner.

Villagers in Bagworth, Leicestershire have pleaded for "eyesore" Tara House to be bulldozed after it was torn apart by vandals. 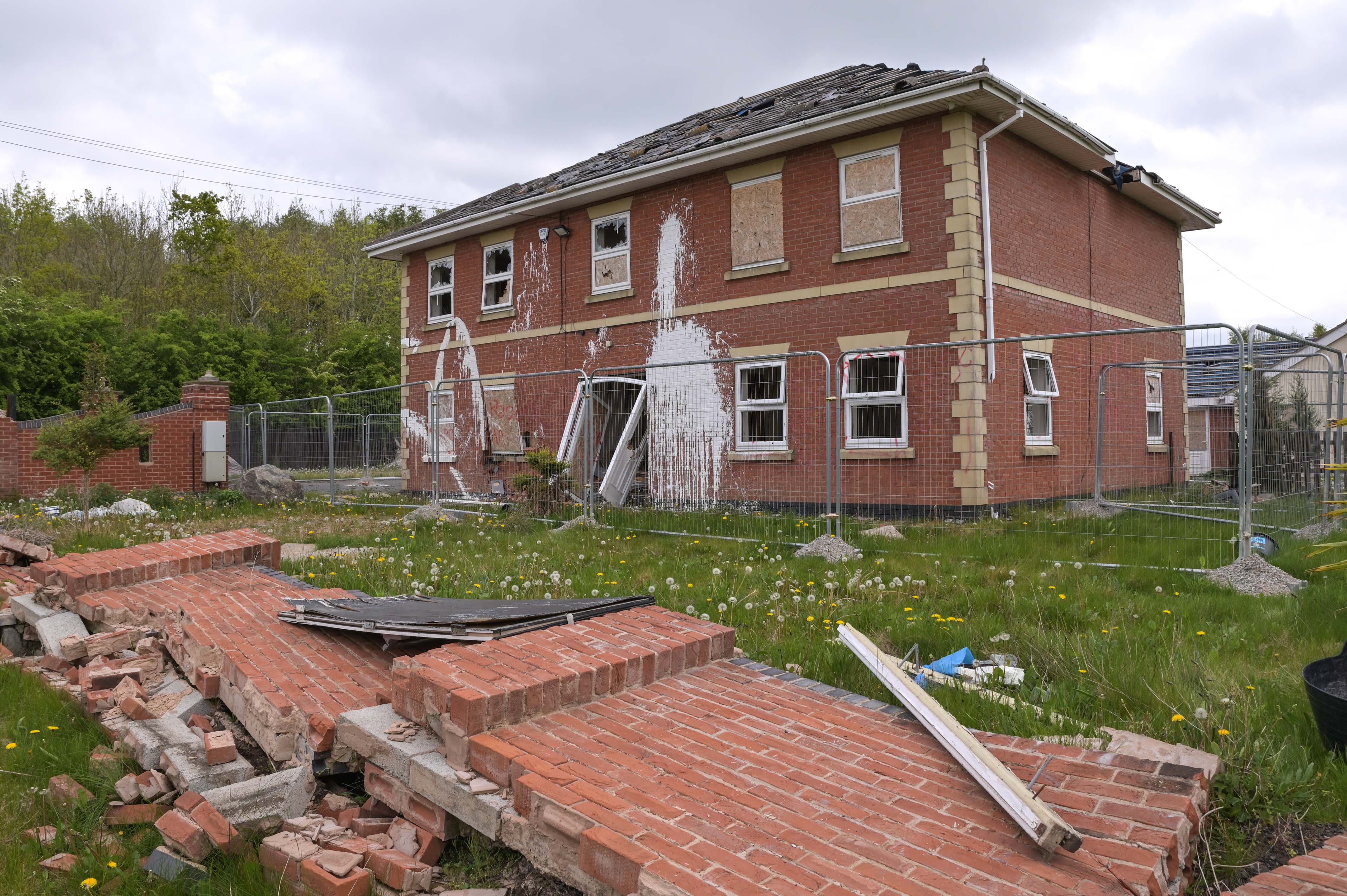 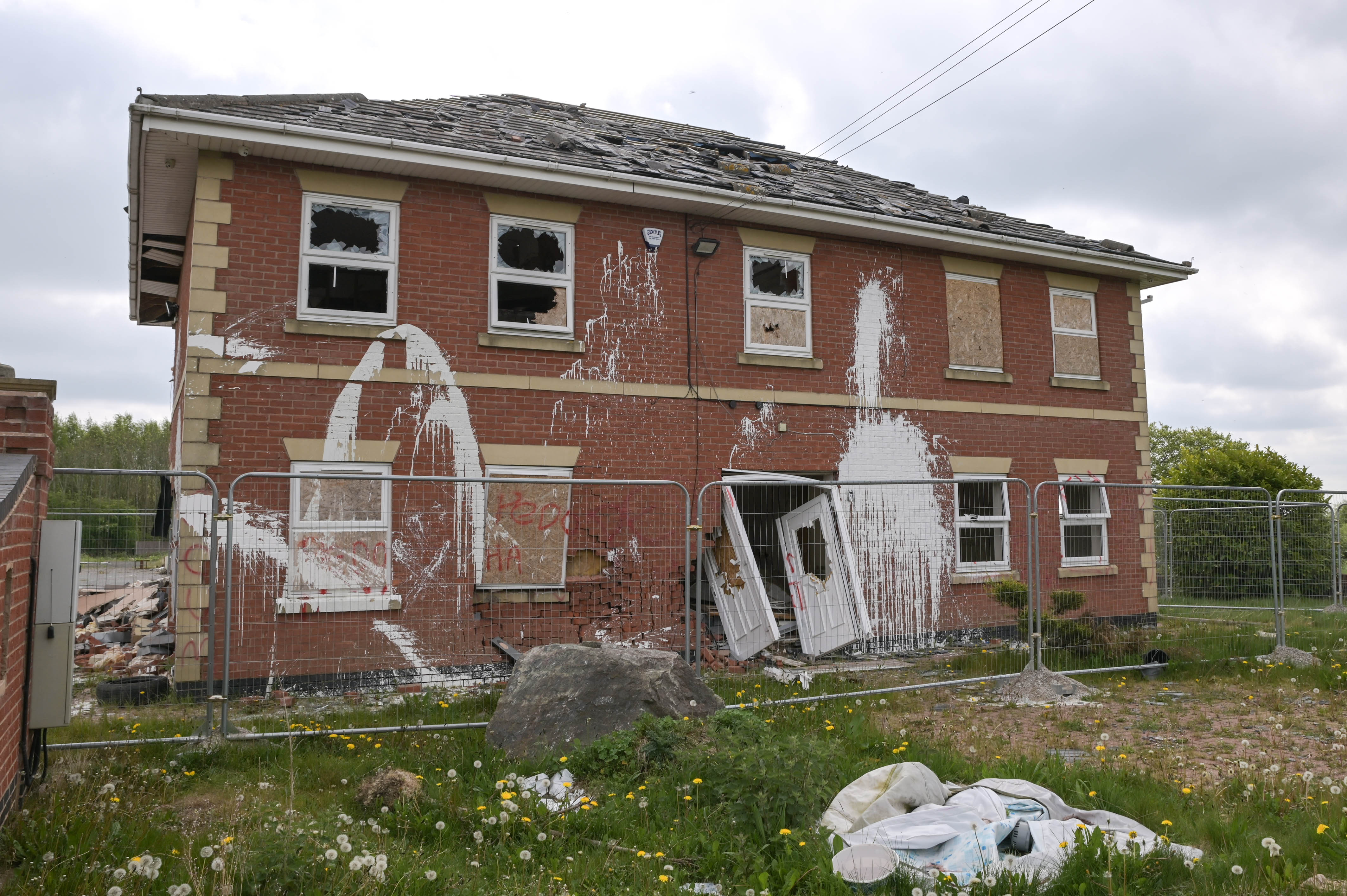 Over the years, the brickwork has been daubed with graffiti, while fly-tippers have dumped tonnes of rubble and building waste in the grounds.

Council chiefs have now cordoned the property off altogether amid fears the detached red-bricked home could pose a risk to health and safety.

And locals have branded the address in Barlestone Road "the unluckiest house in the village" amid calls for it to be razed to the ground.

One said the property "should be knocked down". 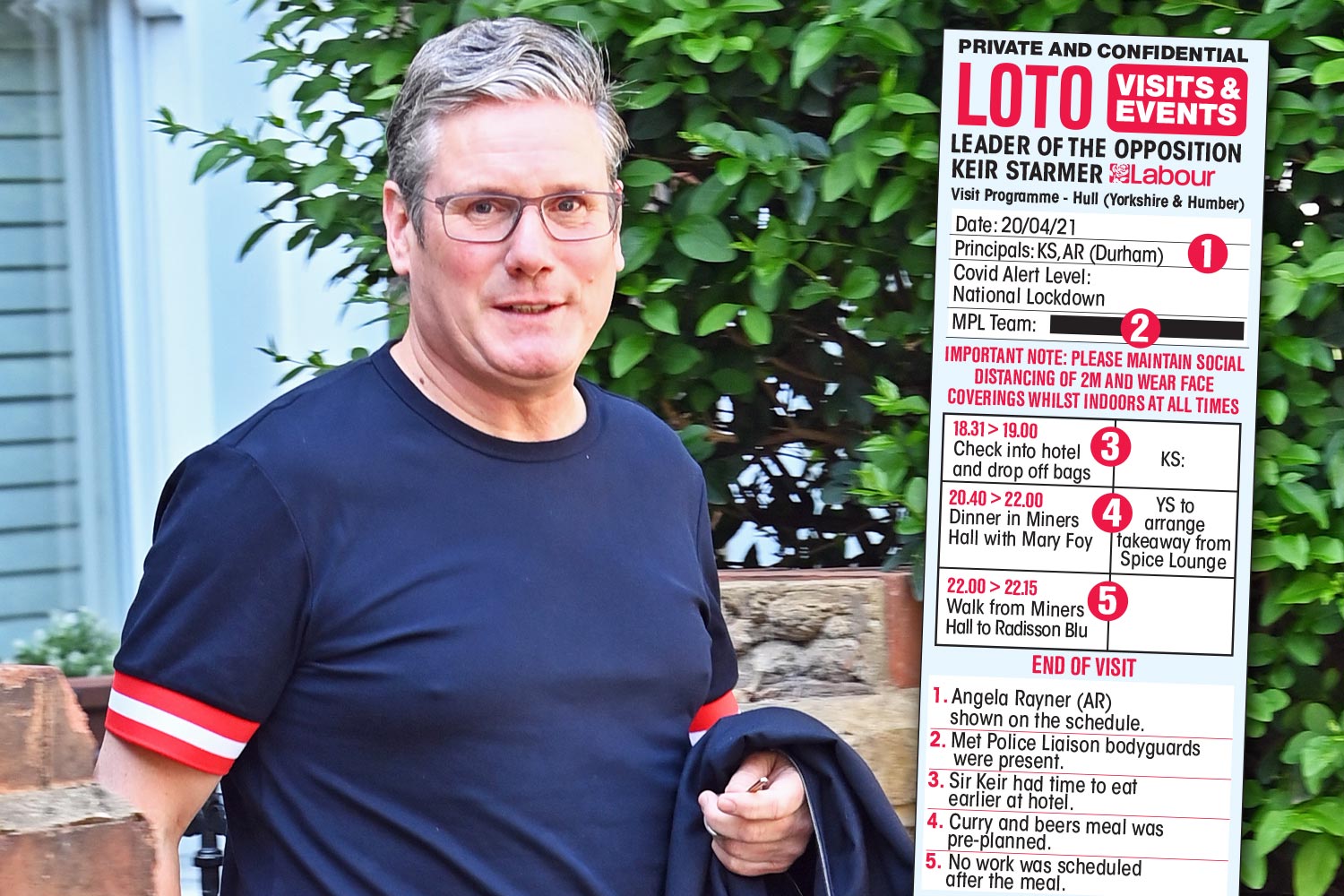 "It used to be such a beautiful, well-built house, but the latest owners suddenly left a few years ago and the place has fallen to ruin.

“Vandals have been going in and wrecking it, a bit more each time.”

A man walking nearby said: “It’s changed hands a couple of times.

"It used to be a lovely house just on the edge of the village and the owners have always kept themselves to themselves."

But locals don't know who owns the property now, and the man's partner said: "It should go and maybe be rebuilt.

"It's a shame but it seems to be the unluckiest house in the village."

The home has been repeatedly vandalised over the years, and today appears more like a building site than a family home.

Most of the damage was inflicted in the past year alone, locals say.

Paint and expletive graffiti has been daubed across the bricks. Windows, doors and even roof tiles have been smashed up.

Crude words in bright red spray paint are visible on all four walls of the main house, as well as an outbuilding.

The white front door hangs from its hinges, while planks of wood with nails hammered in and shattered glass bottles are strewn across the garden.

Huge chunks of brickwork have also been knocked out, leaving gaping holes.

The guttering has been torn away and windows are partially boarded up in a bid to stop more damage.

Do YOU know anything about the mystery mansion left to rot? Email us at [email protected] or WhatsApp us on 07810 791 502

Meanwhile, junk has been dumped in the grounds. Chairs and tables, dirty mattresses, rubble and rubbish can be seen.

Hinckley and Bosworth Borough Council secured the site with sturdy gates and railings – although the gates were quickly torn from their hinges by burglars.

Councillor Ozzy O’Shea, a former police officer, said: "The property has been empty for some time, and it's been repeatedly vandalised.

"As far as I'm aware, the family who own it have moved on.

"I arranged to have it secured with the help of the council, so kids can't play on it.

Board the windows up, build a mote and plant landmines

“I know it's very dangerous. Residents have been complaining and the last thing we want is anyone going on site and getting injured."

Readers of LeicestershireLive have also joined the debate.

Margaret Barker said: "The owner may as well give it away to someone who wants a project."

David Richardson said the council should "board all the windows up, build a moat around the house, electrify everything and plant landmines" to keep vandals away.

A council spokesperson said they had been in crisis talks with the owner about the building’s future.

He said: “Following discussion with the property owner, the borough council has taken action to secure the perimeter of this property in order to prevent unauthorised access due to concerns regarding health and safety.

"The council is now considering whether there are additional measures that may be pursued.” 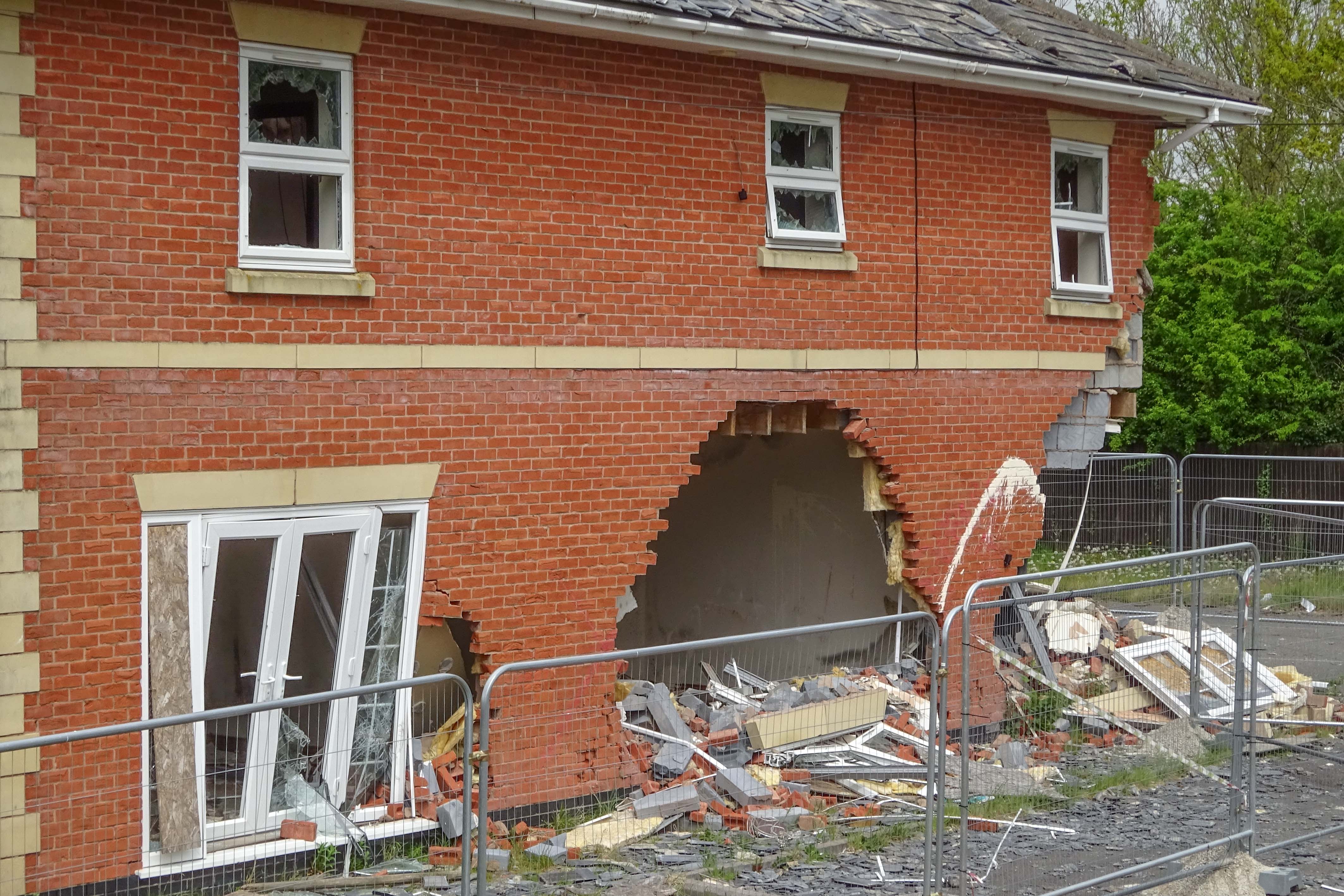 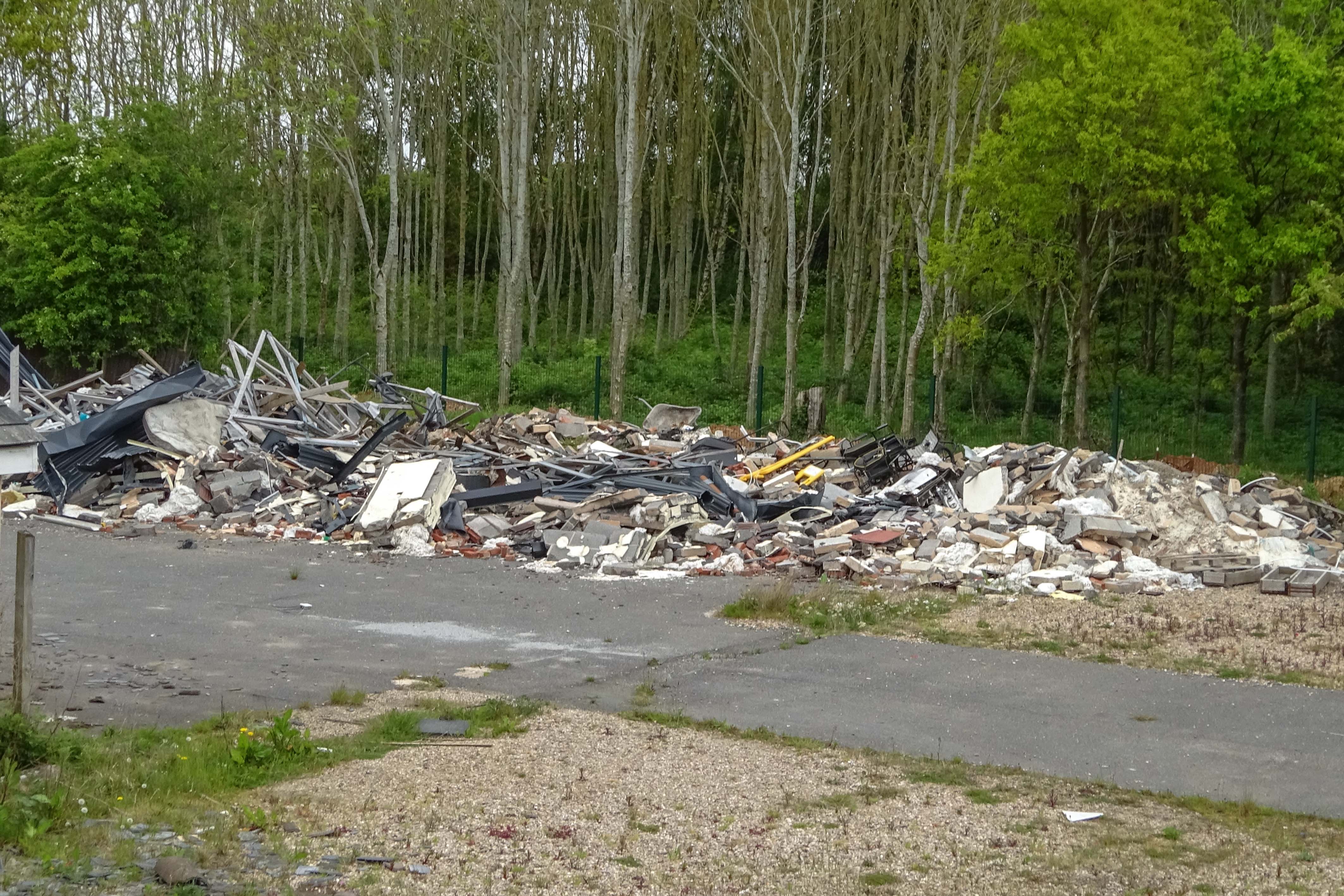 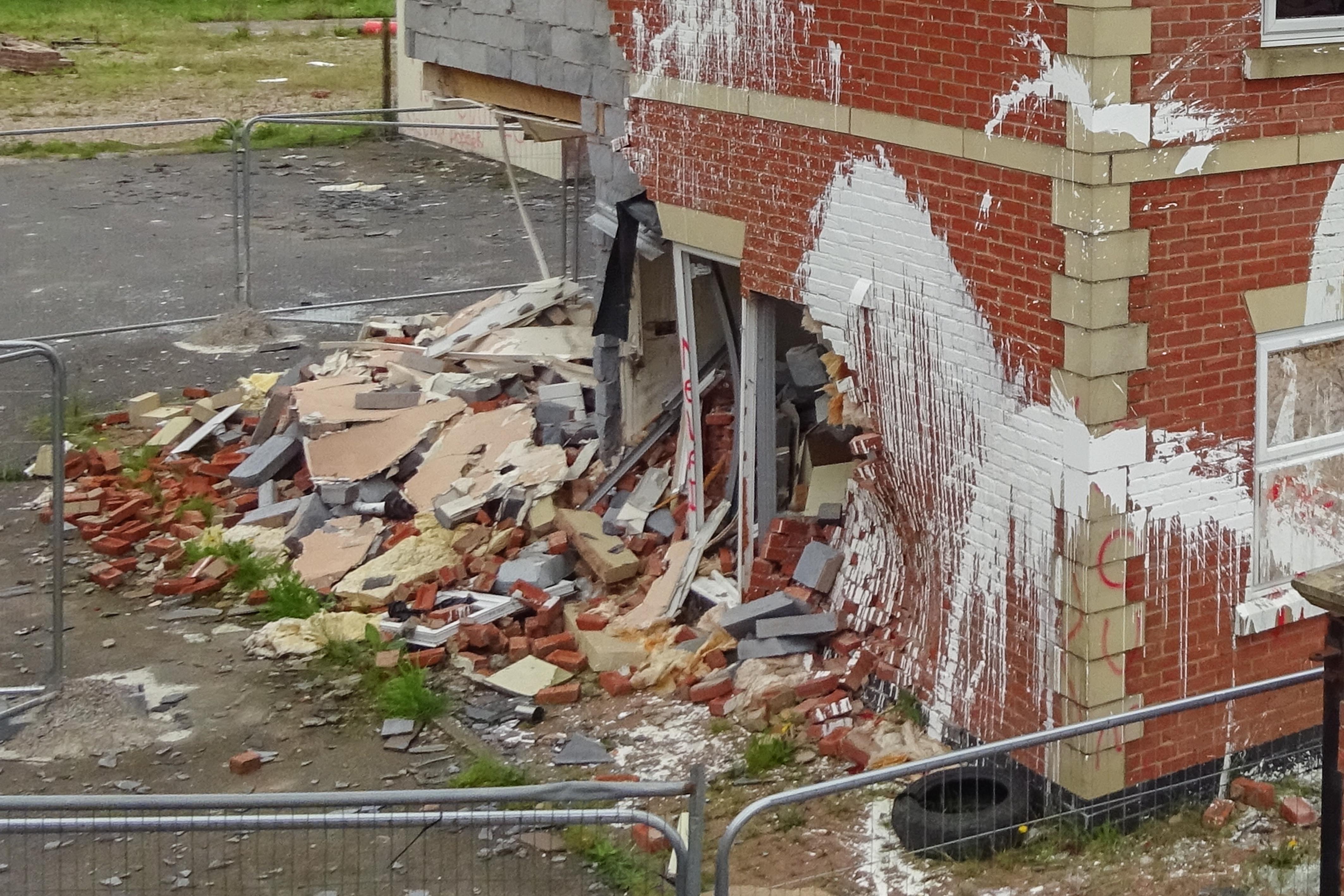