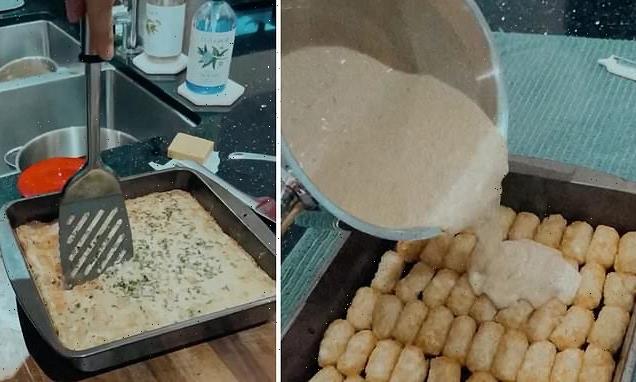 A simple potato gem bake recipe has captured the attention of thousands of foodies on Instagram after a video was shared online.

Olivia White, from Melbourne, posted a now-viral video that has been viewed more than 89,000 times.

In the clip Olivia poured a creamy cheese sauce over rows of potato gems lined in a baking tray then baked the dish in the oven before serving.

But this was the ‘wrong’ way to make the dish as she later realised the sauce was meant to be poured into the tray first followed by the potato gems. 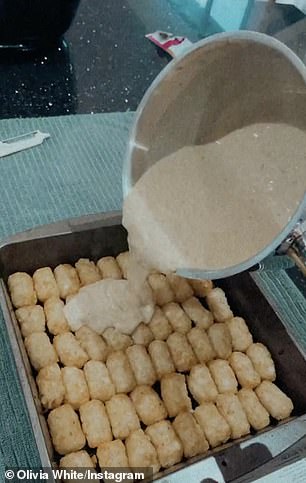 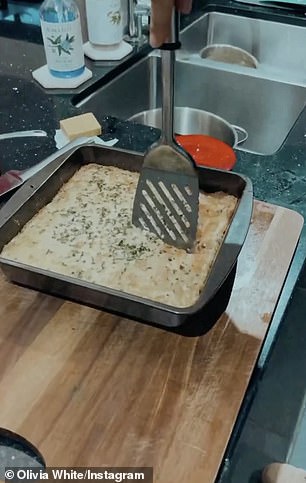 ‘My DMs are blowing up over this Potato Gem Bake and the best part is, I actually made it wrong,’ she captioned the video.

‘You are supposed to put the sauce on the base and line the potato gems on top and then cheese but it still tasted freaking amazing, just didn’t look as good.’

Despite making the dish incorrectly, Olivia said it didn’t disappoint.

Creamy potato gem bake is essentially an alternative version of potato bake, but instead of using sliced potatoes, potato gems are used.

‘Now that’s how you have potato gems,’ one woman wrote, another added: ‘This but with gnocchi?’

‘We need to try this!’ a third wrote a tagged a friend.

The delicious sauce likely would’ve been made using milk, flour, cheddar cheese, chives and butter, as similar recipes are available on taste.com.au.