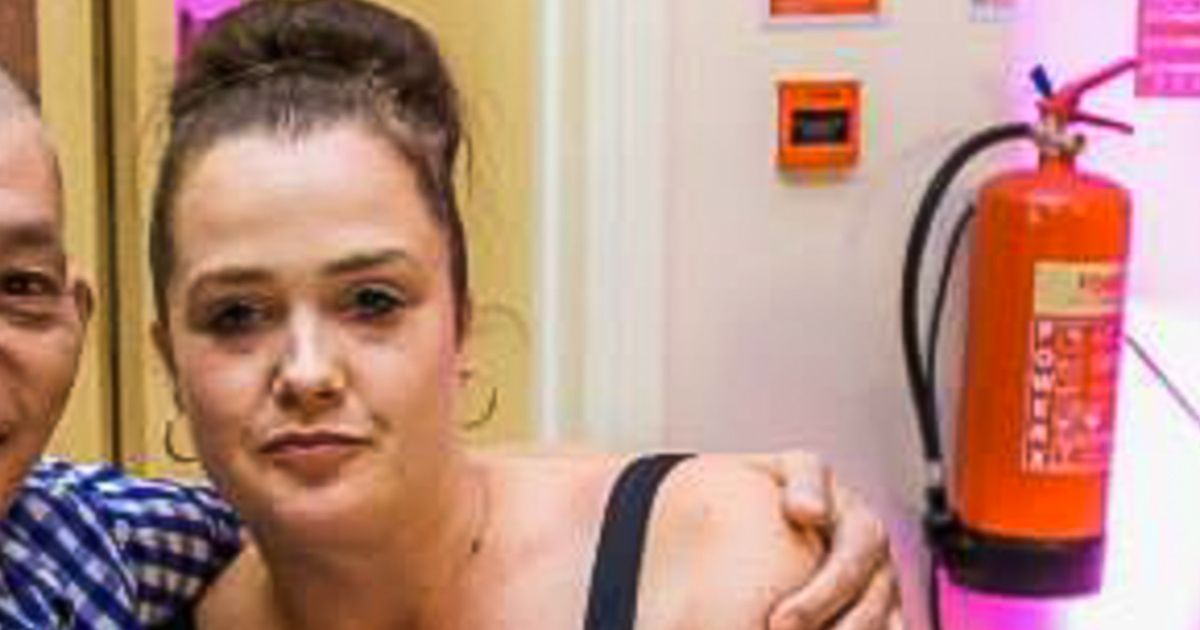 A tragic mum whose four 'beautiful babies' were killed in a Manchester arson attack as they slept made a touching gesture to the youngsters before she died from her injuries.

Michelle Pearson, who touched the hearts of many with her bravery, lost her fight for life last night – 20 months after the fire at her house in Jackson Street, Walkden in Salford.

The devastating news of her death comes just months after the 37-year-old released heart-shaped balloons for her children outside a hospital in a Valentine's Day tribute.

Smiling Michelle, seen in a hospital gown while in a wheelchair with bandages on her legs, gazes up at the clear blue sky as the balloons float away in the distance.

She can be heard saying: "Happy Valentine's Day, kids."

The footage brought tears to many people's eyes as the seriously ill mum mustered up all her strength to carry out the touching gesture.

Lia, three, Lacie, seven, Brandon, eight, and Demi, 15, were killed when lit petrol bombs were tossed inside the property in the dead of night in December 2017.

“No, not the children. Not the kids”, were some of the piercing screams a neighbour heard through the walls.

Nothing could be done to save the youngsters and Michelle was put into a coma after suffering horrific burns to 75 per cent of her body.

It would be five months later, that Michelle was told her children had died. And it took almost a year for her to be able to start the grieving process.

She was tragically too ill to leave hospital and attend their joint funerals in September last year.

But in an emotional tribute read to the congregation, she said: "They were the twinkle in my eye, now they are angels in the sky. One day we will be reunited together forever."

In March, Michelle presented a £1,000 cheque to doctors and nurses at the Wythenshawe burns unit, where she was receiving specialist care.

But she took a turn for the worse in June, when her family announced she was back in hospital in a "critical" condition.

Her mother Sandra Lever wrote: "We have been reluctant to share Michelle's journey over the past few months as we have been focusing on getting her better.

"Also trying to keep away from the public eye to allow Michelle and the family to grieve.

"However, what people didn't know is that in fact this has been the most challenging time for Michelle and the family.

"Michelle's health has deteriorated in the past 10 weeks, Michelle is still in critical health and still remains in hospital until further notice."

This morning, Michelle's mother tragically broke the news that she had died.

She wrote on Facebook : "Sadly last night, After a hard 20 months of fighting. Our beautiful Michelle gained her wings and went to join her babies."

Police are now reviewing the investigation.

Detective Superintendent Lewis Hughes, of Greater Manchester Police, said: “Yesterday, we were made aware that Michelle Pearson, who was seriously injured in a house fire in Walkden in 2017, passed away.

“As the Senior Investigating Officer for the investigation into the fire, I know first-hand how devastating the death of her four children was for Michelle and the news of her passing is incredibly tragic.

“I would like to extend my sincere condolences to Michelle’s loved ones at this terrible time.

"We will ensure that they receive any support they need from the investigation team as they come to terms with their loss.”

Manchester Crown Court previously heard that the petrol bomb attack was the devastating climax of a feud involving Michelle's eldest son, Kyle, who escaped the blaze, and Zak Bolland.

Bolland threw a large petrol bomb into the house through a rear window as the family slept, the court heard.

His friend David Worrall had been part of the feud and threw a smaller petrol bomb into the house but it did not cause significant damage, a jury was told.

The pair were fuelled by drink and drugs.

Flames engulfed he house, killing Demi, Brandon and Lacie, who were asleep in a front bedroom.

Michelle and Lia, who died in hospital two days later, were rescued from the burning home.

Kyle managed to escape with a friend.