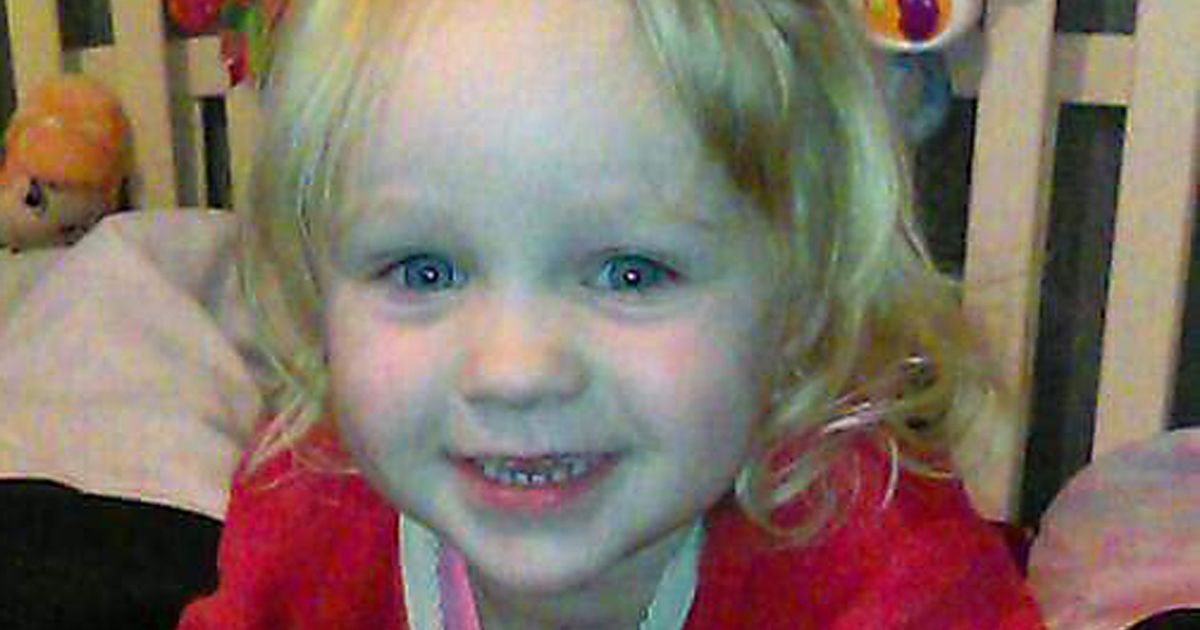 A frantic mother scooped her youngest daughter up in her arms and ran through their smoke-filled burning home in a final act of desperation to save her life.

Terrified Michelle Pearson raced out of her bedroom and navigated her way through the pitch-black while clutching three-year-old Lia as deadly flames raged downstairs.

She had grabbed the snoozing youngster from her bed before making a beeline for the bathroom where there was a window they may be able to escape from.

However, Michelle's final act of desperation would sadly be in vain.

She collapsed before she could save her baby girl after being overcome by the smoke, heat and flames.

A neighbour had heard her scream "Not the kids! Not my kids!"

Michelle was discovered on the bathroom floor by firefighters, while Lia, last to be found, was lying in the bath.

In one harrowing photo, a charred tub could be seen in the Pearson family's bathroom, surrounded by a burnt sink and bits of debris.

Lia was absolutely adored by her mother, who had flooded her Facebook page with pictures of the youngster.

Michelle, 37, who died yesterday – almost two years after the blaze left her horrifically injured – had described her youngest child as having "big blue eyes and a smile that melted your heart.” Lia's siblings Lacie, seven, Brandon, eight, and Demi, 15 – all died at the scene of the fire two weeks before Christmas in December 2017. They had been sleeping in a large front bedroom.

Brandon was found lying face down with his head towards the landing as if he had been trying to crawl out of the room.

Lacie was on the floor with her head towards her brother as if she had been following him.

Demi was found on the bottom bunk bed, her feet on the floor with her hands stretched out to the open window.

It looked like she may have directed her younger siblings to open the door and she had then tried to open the window, a court heard.

The tragedy had unfolded just before 5am as a dusting of frost settled on Jackson Street, in Walkden, on a cold December morning. Mum Michelle lay fast asleep oblivious that her life was about to be destroyed forever. Her children were all safely tucked up in bed, dozing away ahead of the start of a new day.

But in the shadows outside the modest semi-detached Salford house lurked 'monsters' about to leave a trail of destruction and kill four innocent children over a 'petty feud'.

Zac Bolland and Courtney Brierley had weeks earlier taunted Michelle in the street and called her a 'grass' because she complained to the police after Bolland smashed her front windows with a hammer.

In an exchange of texts, he also threatened to set fire to Michelle's home and referenced petrol bombs.

Michelle reported the incident to police and the fire service took steps to secure the letter box at her house. About a week later, Bolland, who was drunk and is thought to have taken cocaine, was at home with Brierley. He left the house equipped with a spray paint can and sprayed “grass” on the front wall of Michelle’s home.

When the paint can ran out, he set fire to a wheelie bin in the front garden.

These series of "tit-for-tat attacks" with one of Michelle's sons would end in devastating consequences.

Hours before the fatal arson attack, Bolland and Brierley were joined by David Worrall, who arrived with two other men, and spent the evening drinking and taking cocaine.

At around 12.30am, Bolland and Worrall – armed with an iron bar – and the other two men walked the short distance to the home of Michelle.

The mum came to an upstairs window and Bolland and Worrall demanded that the older Pearson children come outside as 'they wanted a fight.'

Michelle denied the boys were there and Worrall smashed a window in the front door and threw the bar in Michelle’s direction.

The men then left and went back to Bolland's house.

Michelle called the police who arrived to take a statement and then left.

However, Michelle's son was concerned that the gang would return and break into the house, so set up a barricade of the front door, a court heard.

Bolland, Worrall and Brierley continued drinking and all took cocaine. The two men became aggressive and hyped up and came up with their sick arson plot.

Bolland armed himself with a machete and Worrall an axe. They got a petrol can which they filled with £1.50 worth of fuel and wore hoods to disguise themselves.

They then made two petrol bombs using a large clear bottle and a smaller beer bottle.

The sick pair then returned to Michelle's house where they smashed windows and threw the petrol bombs inside, where they exploded and set the house ablaze.

They then fled and left the house to burn with Michelle and her sleeping children inside. Mr Justice William Davies described the fire in his sentencing remarks on May 24, 2018 as "swift and deadly".

He said: "He [Bolland] decided to use petrol bombs to carry out his purpose at some point in the early hours of 11 December.

"This decision was spurred on by the drink and drugs he had taken but he knew full well what he was doing.

"He organised the trip to the petrol station to buy the petrol. He made the petrol bombs. He threw the larger petrol bomb into the house when the first one failed properly to ignite.

"He had plenty of opportunity to think again about his murderous plan. He carried on with it regardless."

In May last year, Bolland was found guilty of four counts of murder by the jurors.

He was jailed for a minimum of 40 years.

Worrall, was also convicted of murdering the four children, was handed a life sentence, with a minimum 37-year term.