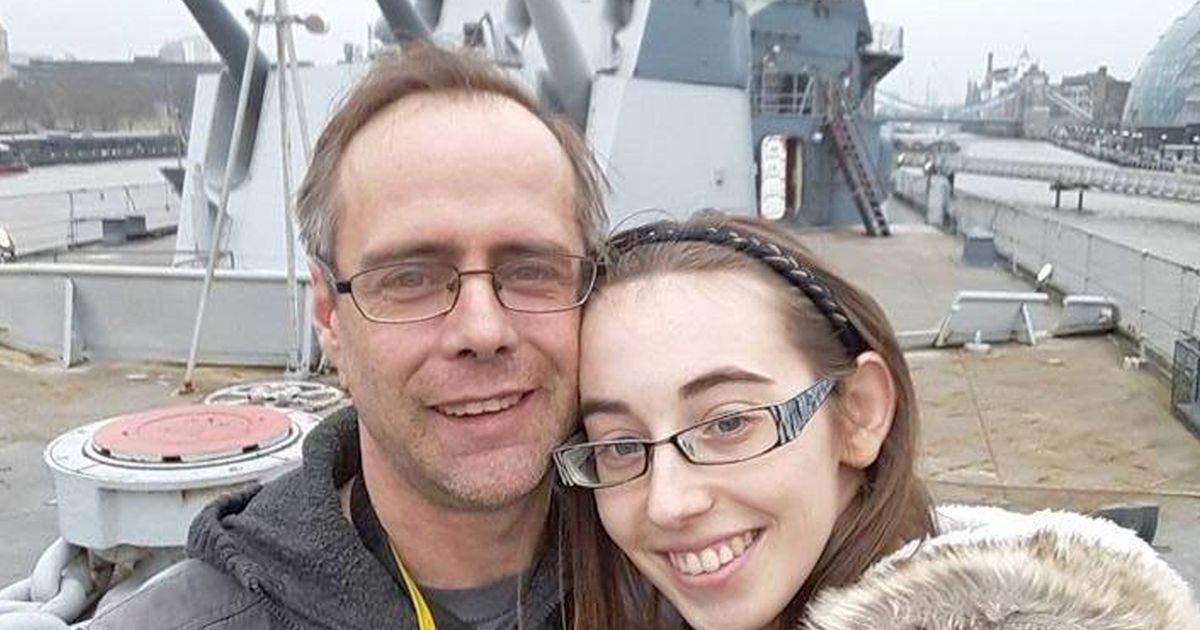 A mum-of-one who is 20 years younger than her fiancé has revealed how strangers mistake her for his daughter.

Helen Bridge, 25, claims she and fiancé Paul Korb, 45, both from Weston-super-Mare, Somerset, often receive dirty looks from people in the street.

But, despite the couple's age gap, Helen says that Paul is the love of her life and the couple ignore any criticism they receive.

"Paul's age has never mattered to me because I love him for the person he is.

"I get sick of having to correct people who mistake me for his daughter."

In March 2016, Helen and Paul, a health and safety director, met at an indoor airsoft site in Bristol.

Helen says: "I randomly shot Paul in the bum and he fell to the floor.

"He limped over to me and I realised how good looking he was.

"He had gorgeous hazel eyes and a mop of grey hair.

"Paul was a certainly a silver fox and I loved it.

"We got chatting, I discovered he was 20 years older than me, but I didn't care."

Helen and Paul exchanged numbers and began chatting every day.

But as time passed, Helen realised that she had feelings for him and they eventually started dating four months after they met.

Helen says: "We couldn't stop talking about our love of airsoft.

"I was thrilled that he loved adrenaline activities and nature, just like me.

"Paul told me he had been married twice and had two daughters, 8 and 20.

"There was something I found so attractive about him not only being older but also being a father.

"We shared our first kiss and it was amazing.

"His age felt so insignificant."

From then on, the pair were inseparable.

Just three weeks later, Helen moved 25 miles from Bristol to move in with Paul in Weston-super-Mare.

Helen says: "We knew it was fast, but we didn't care.

"Paul and I had fallen head over heels in love with each other, and it just felt right.

"The next week I introduced Paul to my mum, Lilian, 59, a care home worker.

"When Mum opened the door, it looked like she'd seen a ghost.

"She noticed he was older.

"But when they started talking, she couldn't have been more welcoming.

"When Paul popped to the loo, Mum whispered: 'How old is he?'

"When I told her, she asked me if I'd be happy with such a big age gap.

"Thankfully Mum saw how happy I was and accepted our relationship."

The following week, Paul introduced Helen to his family.

Helen says: "I met his eldest daughter, who is six years younger than me, and we got on like a house on fire.

"We've even been shopping together."

One year later in November 2017 Helen discovered she was pregnant.

Helen says: "Paul and I were ecstatic, we couldn't wait to meet our new little arrival.

"But midwives at the hospital stared at us whenever I had a check-up, one even thought Paul was my father.

"I told her he was actually my boyfriend, and she apologised.

"I knew it wasn't her fault, but it was humiliating having to correct her."

But the loved-up couple still faced dirty looks from strangers.

Helen says: "Whenever we held hands at the shops or park, people stared at us.

"On the weekends, Paul and I still played airsoft together and someone shouted that I was too young for Paul.

"Although it was infuriating, we ignored him and shrugged it off.