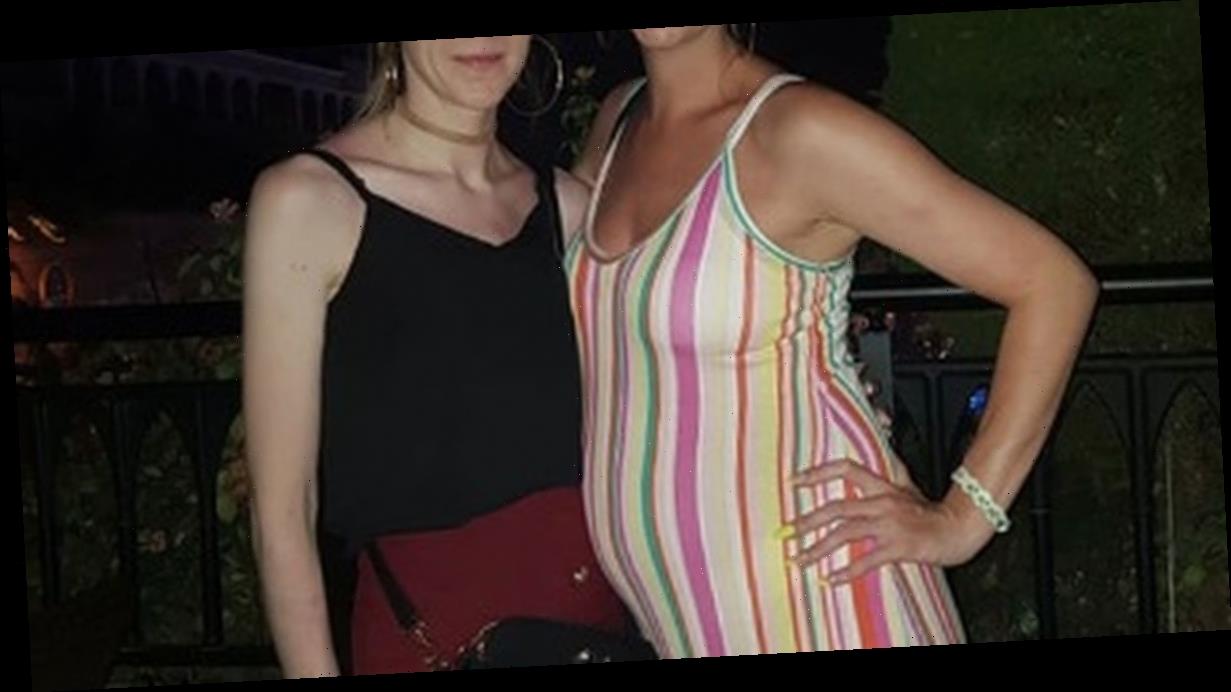 A pregnant mum has told of her fears for her unborn baby after contracting salmonella at the same hotel where a mum claims her two-year-old daughter contracted E. Coli and later died.

Emma Broadhurst was six months pregnant when she flew out to Turkey with friends for a 7-night stay at the Crystal Sunset Luxury Resort and Spa, east of the city of Antayla, at the start of September.

But within days of arriving she fell unwell suffering from chronic diarrhea and became dehydrated and lost weight.

Just over 24 hours later her best friend's seven-year-old son, Kailan, also fell ill with diarrhea and on their return to the UK his mum, Emma McComb, fell ill and Kailan was left 'screaming in agony' and projectile vomiting.

All three, who shared a room while on holiday, were then diagnosed with salmonella poisoning after stool samples were sent for testing by their local GP, claims Emma.

The friends stayed in the same hotel where two-year-old Allie Birchall and her family holidayed before little Allie was taken ill before passing away having contracted E. coli.

All members of her family,  from Wigan, Greater Manchester, suffered from gastric symptoms including stomach cramps and diarrhoea during their 10-day stay with Jet 2.

Allie's condition became so severe she was rushed to hospital after the family returned to the UK.

Her parents had to make the heartbreaking decision to switch off her life support on August 3.

Jatinder Paul, a senior associate solicitor and specialist international serious injury lawyer at Irwin Mitchell, who are representing the Birchall family, said: “As part of our investigations, we are looking into the family’s stay at the Crystal Sunset Luxury Resort and Spa and if any issues are identified, we hope that measures will be taken to ensure this does not happen again.”

Emma, who was also on holiday with her daughter, Evie, 9, has only just recovered after three-and-a-half-weeks and a course of antibiotics.

Her unborn baby has a condition called Gastroschisis – meaning her intestines are outside her body – and she's going to need to intense operations as soon as she's born.

So when Emma, 31, fell so unwell on holiday she feared the worst.

"What frightened me more was how my baby would cope with it. I knew I was dehydrated but I was more worried about my baby.

"When I was told it was salmonella my first thought was 'Is this going to damage my baby?'

"My doctor reassured me that babies are quite resilient and normally will take all the goodness from the mother and that was probably the reason I was feeling so exhausted."

Worryingly, Emma went to the hospital on Monday and was told that her second daughter, who she is expecting in December, isn't growing properly.

Cleaning business owner Emma explained: "The had a scan showed that my baby isn't growing as she should be. She's a lot smaller than a baby with Gastroschisis should be so I have to go back for weekly scans so the doctors can monitor her.

"I've lost a lot of weight with the illness and you don't know whether my sickness has had anything to do with it. She hasn't grown as much as she should have since the last scan.

"In pictures I took on holiday I clearly look pregnant but in ones after we got back I don't look pregnant at all. That's how much weight I've lost."

Both families are finally recovering from their salmonella poisoning but were left devastated when they saw the story about the death of two-year-old Alli.

"I was traumatised," said Emma, from Richmond, Yorkshire.

"We're the lucky ones. I can't comprehend what the little girl's poor family must be going through. I just hope a full investigation is carried out."

Emma said she and her best friend, Emma, who was also travelling with her nine-year-old daughter, Ella, had concerns about hygiene at the resort when they arrived.

They had booked the all-inclusive stay through Love Holidays.

Emma Broadhurst said: "Some mornings we didn't go down to the restaurant until 9.15am. The buffet was all out from at least 6.30am and I suppose this should have set alarm bells ringing – food standing out for a long time. There was also bird poo on the tables and chairs.

"I've been to Turkey numerous times over the years and never before been unwell. "

Emma McComb, 30, added: "One day we were in the pool and a little girl was sick in the drain around the pool. Nobody did anything about it.

"In the buffet restaurant half the food was cold or lukewarm. People were leaving the lids off the containers. There were also birds flying around and landing on tables and chairs. We had one meal of pasta and chicken and the chicken was cold. After that we stayed away from meat dishes. The kids ate chips and bread buns instead.

"One morning we had boiled eggs. Some of them were really, really runny. Overly runny.

"The hotel toilets started off clean in the morning but at the end of day they were stinking. The smell was absolutely awful. There was water on the floor but you didn't know what it was. I tried to go back to our room instead of using the public toilets."

Airline staff moved pregnant Emma to the front of the plane so she could be near a toilet.

"I was crying on the plane home because I just couldn't stop going to the toilet," said Emma.

"It was awful. I feared for my baby. I thought something was wrong with her and she was making me poorly."