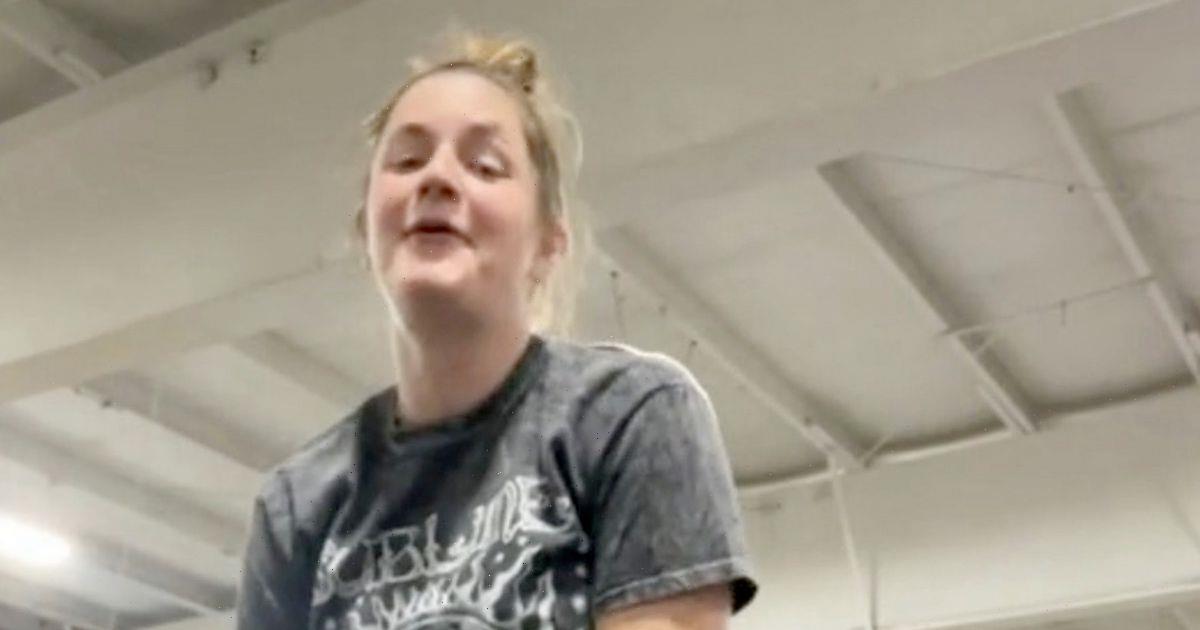 A pregnant woman has had a scare when she was working out while being 38 weeks pregnant.

Jaime, who calls herself a "fitness junkie", was expecting her first child but she kept doing her workouts religiously while going through the pregnancy.

She was lucky not to have any morning sickness and claimed she'd "go hit the gym" as soon as she was cleared from the doctors.

In one video she posted on TikTok, she was doing a kettlebell swing routine in a fitness centre.

The expectant mum slightly bends her knees when she swings the kettlebell up and when she repeats the set again, she feels the baby "drop down" during the set.

Her baby bump moves downwards, forcing Jaime to stop her workout. She looks at the camera and beams a smile before cradling her bump.

"I nearly peed myself," she wrote in the captions.

Jaime admitted exercising at the end of her third trimester was tough but she said the kettlebell swing exercise worked really well as a total body workout.

"It mostly hits the hamstrings and the glutes but it also works the shoulders and the core and it's one of my favourites to get my heart rate up," she added.

Viewers said they almost had a heart attack while watching the video.

"So I'm not the only one, I could feel it through the screen," one wrote and a second added: "That was actually visible, whoa. Stay strong mama."

To stay up to date with all the latest news, make sure you sign up to one of our newsletters here.

A third added: "The magic of a female body, good on you for keeping on with staying healthy. It'll hopefully make labour easier!"

Jaime said she wouldn't do anything that would put her baby at risk and she knew a lot of other women who continued to lift and do CrossFit during the whole pregnancy.

"He is still super cozy in here, manifesting his arrival in the nursey," she added in her updates.