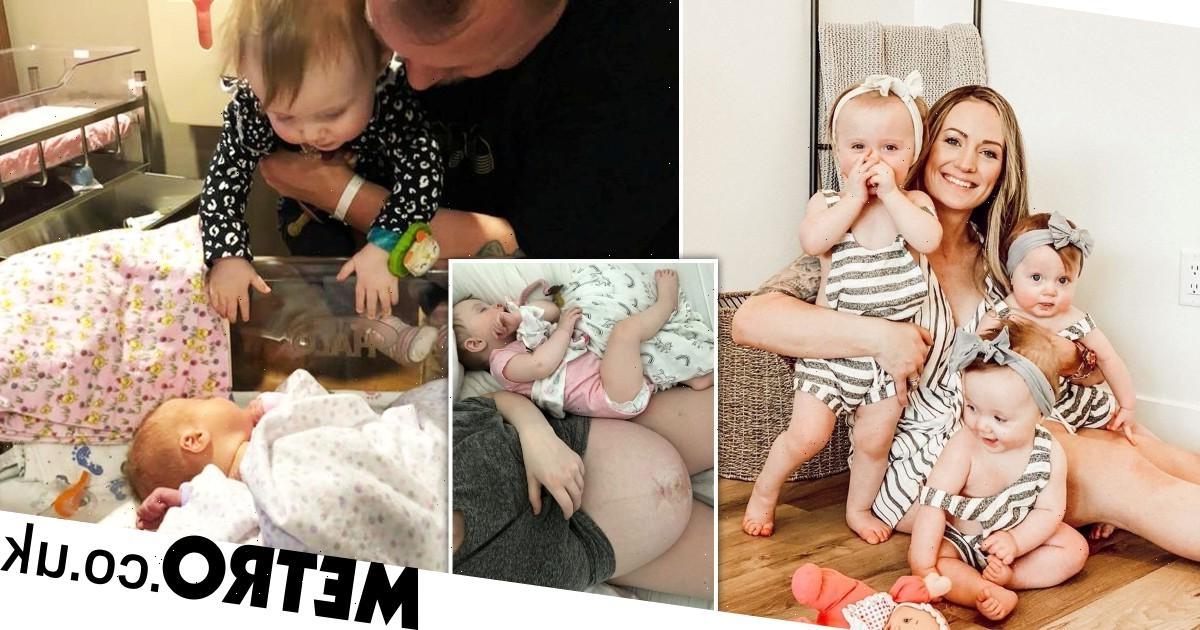 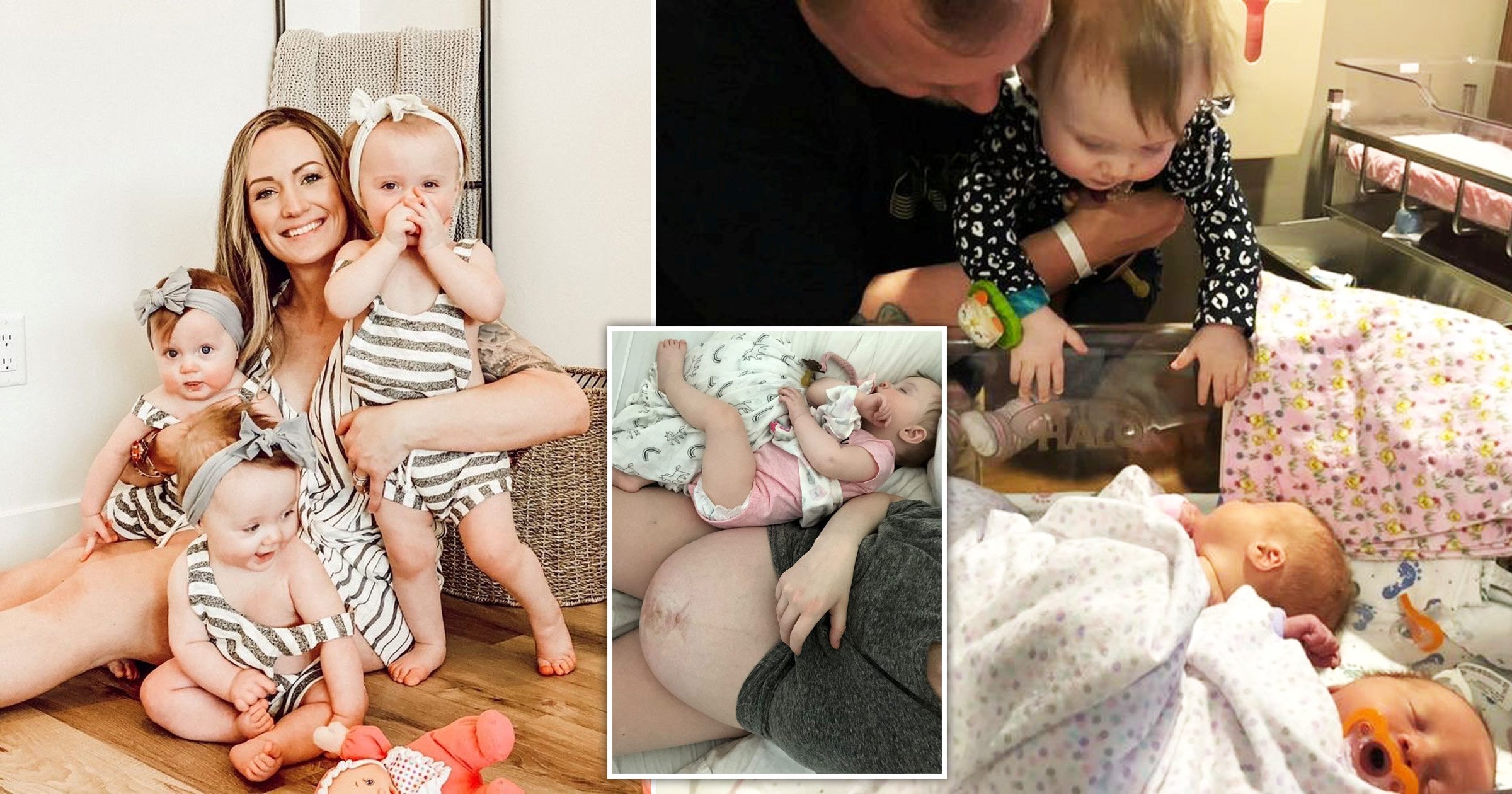 In the first months after becoming a mother, most people are simply adjusting to the huge life shift – and they aren’t immediately thinking about having any more.

However, one mum didn’t have much choice in the matter, as she was stunned to discover she was pregnant again just weeks after her first baby – this time with twins.

Shaylee Bush and husband Mykel were overjoyed at the birth of Haisley, after suffering a miscarriage.

They were very much still getting to grips with being first-time parents when they discovered the news about the imminent new arrivals.

They found out that Shaylee was carrying twins when little Haisley was just a few months old, and the stay-at-home mum gave birth to twins Harlow and Oaklyn just under 11 months after she had had her daughter.

‘We were over the moon when Haisley arrived into our lives, and, as soon as it was safe to do so, we just started having sex again,’ says Shaylee, from Utah, US.

‘It didn’t take long before I was getting all the tell-tale signs of pregnancy, and 12 weeks after giving birth to Haisley, we realised I was pregnant again.

‘At 11 weeks we were told it was twins and we couldn’t believe it.

‘To go from the heartbreak of a miscarriage to the sheer joy of bringing three beautiful girls into the world in less than a year was quite something.

‘Me and my husband just kept the faith and now we have the family we always dreamed of.’

Haisley, now three, was born at 37 weeks in November 2018, and Shaylee gave birth to twins Harlow and Oaklyn, now two, in October 2019.

For a month every year her daughters will all be the same age, but Haisley will be a grade above the twins when they eventually start school.

In total, Shaylee was pregnant for almost 18 months straight – with only a six week gap in between.

This has taken its toll on her body and she is waiting for an operation to repair her abdominal muscles.

‘At times it was hard – especially the last few months with the twins,’ she says.

‘The different feeling of having two babies grow inside of you in comparison to one is really quite extreme.

‘My body had no chance to recover after my first pregnancy, and not only that, it then had to carry twice as much weight.

‘It’s amazing now to focus on the mum part of motherhood and not the pregnancy part.’

The operation aims to repair Shaylee’s stomach, as her muscles stretched so much there is now a 4-inch gap between her abs, which needs to be sewn back together.

‘But it was all worth it in the end,’ she says. ‘I’m so excited for what the future holds for me and my family.’